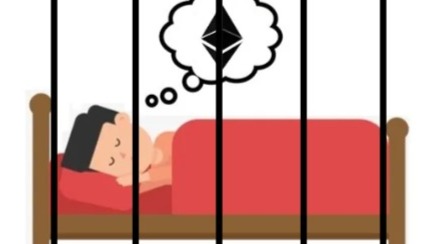 Read now to learn how crypto custodians may be Proof of Stake's worst nightmare.

This issue of The HiFi Bitcoin Letters is free for everyone. To receive Bitcoin insights and analysis more frequently, consider upgrading to premium membership:

Bitcoin and the community behind it wade through a lot of controversy in their quest to improve financial self-sovereignty for themselves and for the world. Bitcoin is a very new technology after all, and there’s unfortunately a lot of misinformation (read: FUD) that goes around.

This article isn’t meant to be an explainer about the merits of PoW (see here for that). Nor will we cover ALL the weaknesses of PoS (see here and here for two examples). But recent events have raised another glaring concern with the Proof of Stake governance model that simply can’t be ignored.

Don’t Flip Flop On Your Intuition About Custodians

Asset custodians, especially in the “Crypto” space, take a lot of criticism, deservedly so in my opinion. Their sole reason for existing is to protect our Bitcoin and to make them more accessible for financial use than ever, but hacks, bankruptcies, and government-driven censorship prove that our holdings are anything but safe in their hands. Even with that reality, though, thousands of people still trust custodians with their hard-earned Bitcoin, perhaps even more so during times of chaos.

Take the recent wallet hack that impacted assets on the Solana blockchain as an example. As stories in the news and on Twitter of drained wallets abounded, yet-to-be-impacted Solana users decided to send as many of their assets as they could into wallets controlled by crypto custodians, in hopes that the custodians’ security would hold up where their own may not.

The reality is quite different though. It doesn’t matter who owns the token. All that matters is who custodies it. This is an important distinction in the context of governance, because if you don’t custody your own tokens, you aren’t guaranteed to be able to use them to vote how you want when the time comes.

In the case of Proof of Stake blockchains then, entrusting your holdings to a custodian becomes even more of a problem because they can use your tokens to vote how they want and are under no obligation to honor your wishes on the matter. In short, they hold the keys, so they control the votes and perhaps even the blockchain.

Another Nightmare Scenario for Proof of Stake

A few months ago, we reviewed a hypothetical attack that would allow governments to control Proof of Stake blockchains relatively easily. The reality revealed by the Solana wallet hack, that people will panic and send their assets to centralized custodians in moments of crisis, opens up another powerful attack against Proof of Stake, this time with the custodians themselves as the attackers.

Let’s look at a hypothetical example:

Imagine that an important vote is coming up for a particular Proof of Stake blockchain. The exchanges, crypto banks, and other custodians feel very strongly about a certain course of action, but there’s no way for them to guarantee that the blockchain community will choose their path. Or is there?

If people will panic and send their tokens to the custodians when a large-scale hack happens, then it becomes a relatively simple matter for custodians to hijack the voting process by initiating such a panic-inducing hack themselves. Sure, hacking is against the law, but can we say without a doubt that no one in power among the custodians might decide that the benefits outweigh the risk of getting caught? We certainly cannot.

On top of initiating the hack, the custodians could also do a number of other things to stoke panic among crypto participants:

Under such circumstances, it’s not hard to imagine that custodians could get the tokens necessary to control the vote.

It’s also not hard to imagine that there might be issues to vote on that are motivating enough to engage in such manipulation. For example, the battle over Bitcoin’s block size several years ago pitted a number of custodians against the rest of the Bitcoin community. The community won out over the custodians and maintained the decentralization of the blockchain thanks to Bitcoin’s governance not relying on token ownership, but the result may have been the opposite if Bitcoin had used Proof of Stake.

Long story short, Proof of Stake just doesn’t stack up against Proof of Work for more reasons than one.

Wish You Could Listen To This Post As A Podcast?