Breakfast on the table! What to eat before school?

Sometimes a schoolboy sleeps in the morning and runs to school without breakfast. And often parents allow him to do so. Are they right? 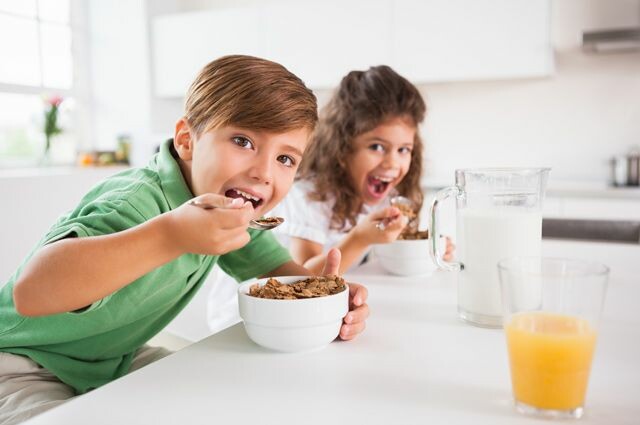 The pros are his:

Why doesn't he eat?

You don't have to make your child eat breakfast, nutritionists say. There is little benefit in eating food that has been forced into it. It is necessary to look for the right words to persuade and to understand the reasons why he does not want to eat.

Perhaps the most important thing is that parents do not eat breakfast themselves. If you only drink a cup of coffee in the morning, of course, it will not be easy to convince the child to eat a plate of porridge. And all your words about the benefits of breakfast will be an empty sound - you do not eat.

So reconsider your morning habits: it is also very healthy for adults to have breakfast.

The second reason is the kid just didn't get enough sleep. If the eyes haven't opened yet, it's unlikely that the piece will get down your throat. It should take at least half an hour from the moment you get up to breakfast, during which all the body's systems will wake up and begin to function. Then the interest in breakfast will appear.
By the way, sometimes the child does not want to have breakfast, because he is not really hungry. Most likely, it is not a bad appetite, but that his dinner was too late.

Midnight snacks for teenagers interfere with sleep and disturb natural processes in the body. Therefore, the last meal before bedtime - very easy, such as a glass of kefir - should be no later than half an hour before going to bed, and dinner - even earlier. The pupil should go to bed at 9-10 pm depending on age. And then at seven in the morning, he will be happy to ask for food himself.

And sometimes the child refuses to eat in the morning for a very banal reason - it is not tasty. He does not like the dishes that you cook. Of course, you don't have to go to his place and make ketchup sandwiches. But you can instead of unloved oatmeal to cook another porridge. And add jam or fruit to the cottage cheese for taste.

What do you want the schoolboy to have with you for breakfast two? Carrots? An apple? A sandwich?

"Australian nutritionists believe that a child needs protein, vegetables and fruits for normal development. And so that he does not "forget" to eat his breakfast and did not trade it for chips or chocolate, the contents of lunch boxing should look colorful and appetizing. For example, so...

Sandwich made of wholemeal bread with chicken, low-fat cheese, lettuce or Chinese cabbage.
Apple or mandarin.
A piece of carrot or pumpkin casserole.
Bottle of water.
Option 2.