THE BENCH PRESS: Does it really matter whether you are using a flat or incline? 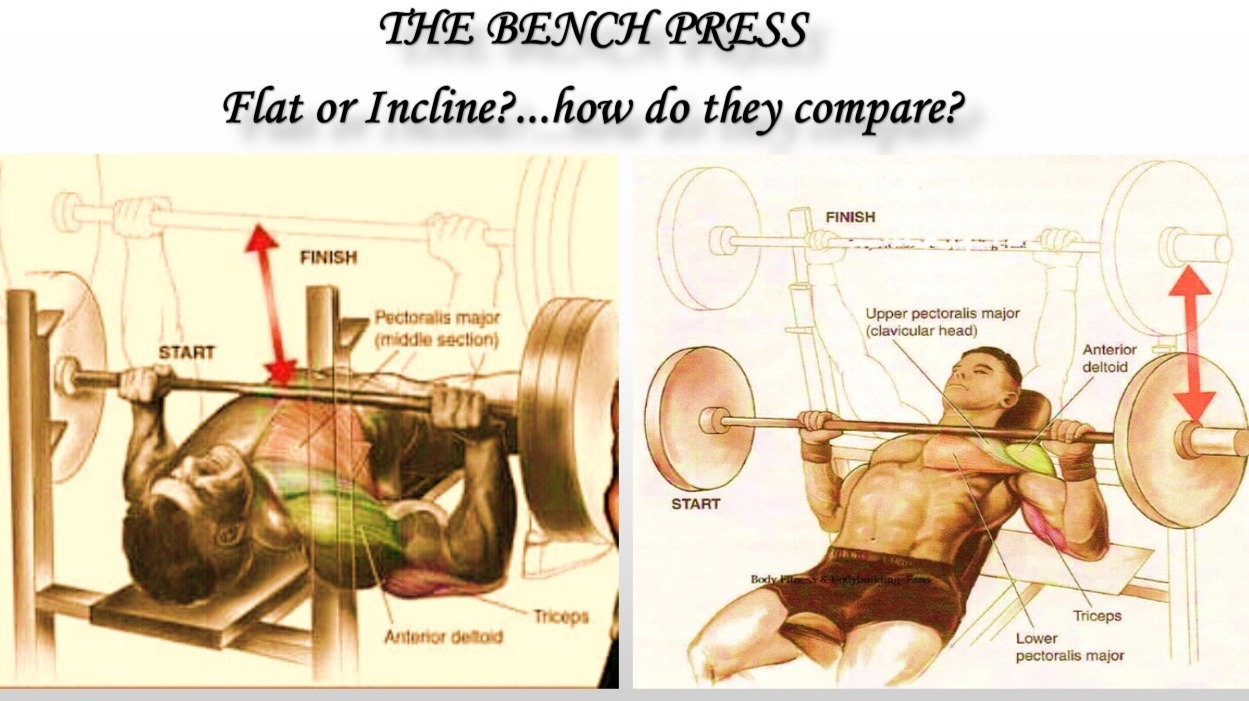 THE BENCH PRESS: Does it really matter whether you are using a flat or incline?

As set forth in one of my previous posts; the Bench Press is to the upper body as the Squat is to the lower body. Research and experience has so far taught us that it is quite indispensable when it comes to building the ideal strength and physique in the Chest, as well as general physical enhancement around the Shoulder and Upper arms. Most consider it the go-to exercise if you were given the chance to pick one movement for a stronger and well-built upper body. Like most compound exercises, the Bench Press has a number of variations based on general body positioning.

The exercise can be performed at Horizontal, Incline and Decline positions, which are essentially ways of loading different portions of the major Chest Muscle (Pec Major) at different levels. Based on popular opinion, different Bench angles are associated with specific benefits which may sometimes be contradicting to a worrying extent. Here are the two main schools of thought:

The good news is that there is a fair amount of research done on the subject to better inform us on the best approach. A look at the current evidence landed me on another descent effort published by the European Journal of Sports Science in 2015, which looked at the effects of different Bench angles on activation of various portions of the Pec Major. The study compared Chest muscle activity at a decline angle of -15°, flat, and inclines of 30° and 45°.

Let’s take a quick look at the findings.