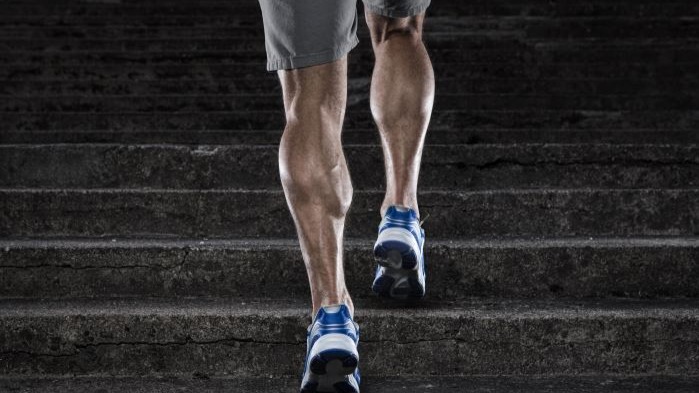 Building a bigger and stronger set of Calves

It’s impossible to engage in serious talk on effective lower body workouts without mentioning the Calf Muscle. The reason is simple: Calf muscles are central to proper physical performance in the erect Human posture. They are huge drivers of fundamental movements of the human body such as walking, running, and squatting. Well-developed Calf muscles mean more power in key body dynamics involving the lower body, as well as a balanced overall physique. This article will look at how you can go about it by looking at the fundamental concepts relating to the muscle, principles of training, and some of the best Calf muscle exercises you can add to your workout repertoire.

Basic Structure and Function of Calves

The term “Calf Muscles” refers to two muscles which occupy the back of the legs known as the Gastrocnemius and Soleus. These muscles have a common major function which is key to performance during activities such as walking, running and jumping:

They pivot the foot downwards at the ankle joint, which allows the foot to push against the ground in order to push the body forward.

The Calf Muscle’s huge size, strength and stamina owes to the fact that they have to constantly deal with your body weight by assisting with lifting and forward propulsion of the body during walking. Their sheer size in terms of physical activities places them among the likes of Quads and Gluts as “power-houses” of the lower body.

The muscle then turns into a tendon (commonly known as the Achilles Tendon) which inserts into the Heel bone.

This muscle lies underneath the Gastrocs. However, unlike the Calves, it’s a one-joint muscle in the sense that its influence is limited to the Ankle joint. The Soleus originates from the upper part of the back of the Sheen bone (Tibia), and its pair known as the Fibula. The fibers then narrow down to join the Achilles tendon which inserts into the Heel bone.

As indicated earlier, the Soleus is a powerful partner to the Gastrocs by making the foot turn and drive downwards to exert the necessary force on the ground during walking. In fact, the muscle makes up for the movement if the Gastrocs are at a mechanical disadvantage. When the Knee is bent, the Gastrocs are put into a shortened position that doesn’t allow maximal force production to move the ankle joint. This allows it to contribute to most of the power and range at the ankle joint.

Principles for Building Strength and Size in the Calf Muscle

Calf muscles are highly resilient and powerful, and this makes them one of the most stubborn sets of muscles to build. However, the fact is that no matter how tough they can be, they still respond to basic principles of strength training.

Simply put, this principle states that muscles can only make significant gains in terms of strength, and continue to do so if they are continuously challenged to handle loads which they are not accustomed to. For instance, if a muscle is accustomed to handling body weight, exposure to greater loads will trigger changes which increase its capacity to match the new loads.

This principle holds true when it comes to Calf training. Progressive loading through different sets of exercises cause adaptations which are directed towards improvement of strength and size.

So how do you determine the appropriate load?

Being able to determine the baseline weight and workout targets starts with understanding a simple concept known as 1 Repetition Maximum (1RM).

1RM refers to a load you cannot lift more than once without a break in form or failure. The baseline weight is a percentage of the 1RM, and it depends on your initial physical fitness levels as a lifter.

If you’re somebody with a consistent prior workout history, say more than 3 months, you are within the intermediate or advanced range. General recommendations suggest a load of 75-85% of the 1RM.

Note that this is a range. If the upper limit is too much, you can start off at 75%RM and slowly work your way up to heavier loads. If you are a starter, you can begin with lower loads at around 40% of the 1RM. However, don’t get too comfortable at the same level. You need to make increments towards heavier loads within the recommended range.

The load is only part of the program as you also need to mind the overall volume. Heavier loads within the 80-85% range don’t need hundreds of reps. A few reps per set are enough. You can work your way up from 4-6 reps to around 8-12 reps per set.

Now, having laid down the necessary foundation by looking at the Calf muscle anatomy and principles of training, let’s look at some of the best exercises you can incorporate in your normal routine for more powerful and highly defined Calf Muscles.

This is perhaps the most popular and effective exercise for the Calves due to its ability to isolate the muscle while working on other aspects of fitness such as core control and general strength lower body strength. Basically, the movement involves pulling up to stand on the balls of your feet while holding a weight on your Shoulder Girdles (preferably a Barbell).

The Smith Machine can also be great if you are willing to let go of the need to activate the stabilizing muscles. The machine eliminates the need for self-stabilization by providing a controlled vertical path for the weight.

How to do the Standing Calf Raise

The only difference with the Smith Machine version is that you will have to do the extra stability work to keep things symmetrical and maintain a straight vertical path. Hold a Barbell on your Shoulders while standing on an elevated platform. You can use an aerobic step or anything stable that allows you enough space to drop your heels, as in the Smith Machine’s case.

The Calves can be powerful but it’s still imperative to proceed with caution here. Start low, and get comfortable with the movement before upgrading your load for a greater burnout.

This version attempts to isolate the Soleus muscle by changing the position of the basic Calf Raise to sitting. The sitting position laxes the Calves, which limits its ability to contribute to the pull-up. This means that the Soleus has to be recruited more significantly, thus making the seated version an effective approach.

How to do the Seated Calf Raise

A subset of power training workouts known as Plyometric Exercise are great for enhancing power and explosiveness in the Calf Muscles. This also translates to better strength and physique. Plyometrics are whole-body movements which involve different forms of leaping, jumping and running. Calf muscles are key to efficiency in these movements and Step Ups are a great way of tapping into the benefits of Plyometrics.

How to do the Calf Step Up