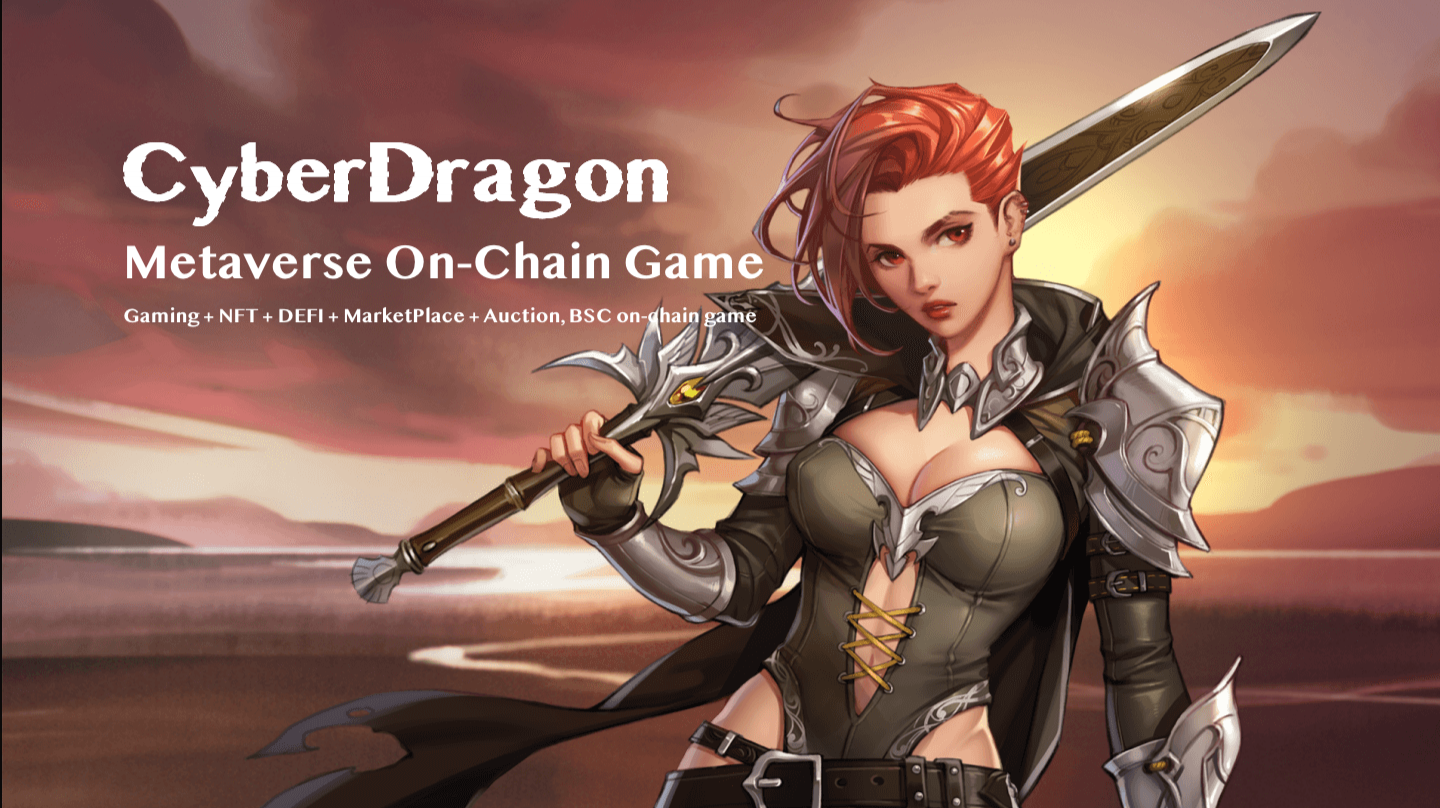 Previously I introduced Alpaca Finance which is famous for its leveraged yield farming. It is a prefect example regarding DeFi that works base on human nature - Trading. In this article, CyberDragon, one of the most popular blockchain gaming is the prototype to demonstrate how GameFi builds on another human interest - Entertainment.

And started from 2021 most GameFi focused on play-to-earn model, a model that emphasizes more on "Fi" than the "Game" itself. This idea introduces a natural behavior for players to consider profit prior to gaming experience. If a GameFi fail to satisfy this earning expectation, the project may lose players quickly due to the broken economy and depreciated token value.

According to the above observation, let's check on current GameFi challenges to know why some projects cannot achieve earning expectation.

There is a common question being asked continuously in both DeFi & GameFi - Where does the rewards come from?

For DeFi, as explained in Alpaca Finance post, it's driven by the trading demands. As long as there are investors willing to:

Trading means "transactions" and all the transactions are empowered by blockchain and the dApps built on it. Undoubtedly "fees" are required for these services and become the main income of dApps. It works just like what we understand about bank businesses.

This is why DeFi are capable to share rewards with investors.

As for GameFi, it expands the concept of DeFi by integrating gaming functions. Usually there are 2 main income sources - Players' initial investment and NFT market transaction fees.

Players need to buy/mint main NFT before playing the game. If players want to be more competitive, they also need to buy auxiliary NFTs collected from other people because nice NFTs are scarce.

These income sources sound promising. But the challenge is - the income depends on players' earning expectation.

So we can always see a good start for GameFi projects because of the high expectation. Sufficient reward pool and acceptable user number prospers the whole economy. However after a period of time, not only the base of user number increases but the composition of players changes. They all have different expectations to be satisfied. Does the income sufficient to fulfill the needs?

Then it comes to a good question: How make the reward pool sustainable? If not answering well, disappointed players would quit and no new players would join the project.

To keep the morale of the community. Sometimes, we need a dream.

People don't buy what you do; they buy why you do it.

In fact, participate in a GameFi project just like you fund a KickStarter project. The difference is you can play along with the game development process instead of waiting months or years for it to be completed.

Make players believe in what the team is doing is crucial through the game evolving journey. If players can see the team complete the roadmap step by step, they can feel safe and enjoy the game. The promising future for a GameFi project is to make all players win.

Can all players win?

No one want to lose, especially in so-called play-to-earn GameFi. Let's look at this challenge from different points of view.

For new players, they will consider following aspects before joining a GameFi project:

Only when they believe they can earn, no matter consciously or unconsciously, they connect their wallet to the game and start to play.

For existing players, they invested at early stage but it doesn't mean they win. Some players enjoy the game and trust the dev team so they'll choose not to claim all the rewards but to re-invest what they earned.

As an existing player of CyberDragon, I re-invested 100% of my in-game rewards because of it has gaming potential and been invested by Binance Lab. But I can win only if CyberDragon can overcome all the challenges it faces as following.

I played CyberDragon since September last year. That was a pretty early stage in perspective of a GameFi project and I learned a lot from the every upgrade and evolution. Under current cryptocurrency bear trend, the game token dropped and the dev team is preparing for the next move.

Before the dev team's detailed plan to be revealed, I digest ongoing challenges and will revisit them afterwards.

The project's income source is quite simple: "Recruit Hero" and "Market Transaction Fee".

Previously "Recruit Hero" was encouraged by high token price and high NFT minting rate(MR). Now the token price and MR both went down which results in fewer hero NFTs to be minted.

For "Market Transaction Fee", it depends on gaming rewards expectation. Currently it's not easy to earn without participating $BNX lock up. To persuade players to invest more via locking money is not an easy education.

Recap what I said before - the income depends on players' earning expectation.

After several times tokenomics refactor, such as introducing new token $Crystal and control $Gold generation by adding NFT requirements. They didn't really raise the players' earning expectation but did slow down the economy downtrend.

As for the $BNX lock up mechanism it's a good move to train players' daily habit. It not only eased the $BNX selling pressure but increased existing players' earning expectation. However this change didn't attract new players, and it may even bring more complexity and make them hesitate from initiating.

Attract new players is the key for next growth.

There were short-term & long-term action items been announced recently:

The short-term goals focus on reward system improvement & gaming experience. Will players buy in the plans and new gameplay?

From the roadmap we can see the dev team targets on driving gameplay. Top players could earn more by winning difficult fights and participate in new NFTs such as castles or lands. But what about new and low-tier players?

To have all players can enjoy the game is the most important challenge to be overcame if you asked me. Everyone deserves a dream and a chance to make it come true. Only face the challenges we can find opportunities.

As a result from previous challenge analysis, we can see "BinaryX's plan" targets on existing players' satisfaction while "economy model" and "player-oriented" are something the dev team could do more.

There were many discussions happened in community and suggestions been given. I think CyberDragon had done enough enhancements on Tokenomics and the future plan looks great. So they can focus on gaining players' trust and tell them how to win.

The above ideas are just for example. The key point is to make all players be able to dream and win while maintaining healthy system economy. Profiling and do more in-game education.

Hope CyberDragon can do well in next release. Transform the good potential into nice profits for both the game and the players.

My GameFi Diary - to record how I participated in GameFi industry, ideas plus opinions and what could be achieved in the promising future metaverse.

A GameFi Diary - to record how I participated in GameFi industry, ideas plus opinions, and what could be achieved in the future metaverse.