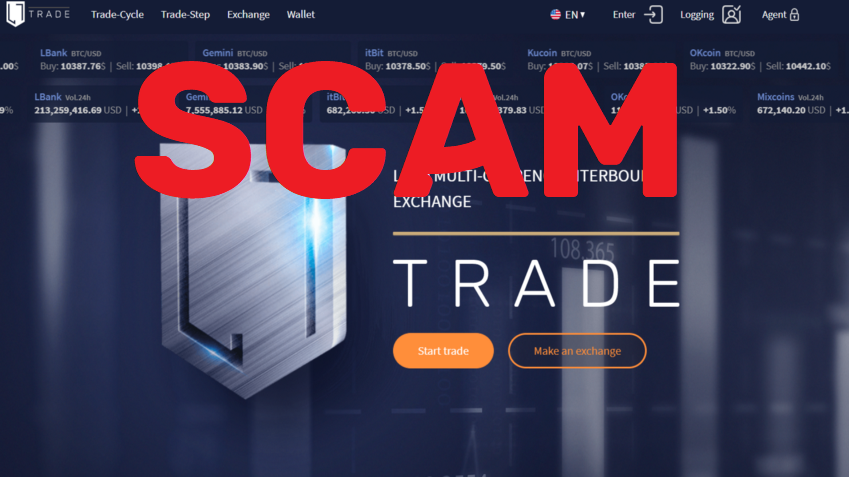 L7.trade has been getting a lot of traction here recently, so it's worth a look. Let's get the basics out of the way first:

L7 promises 4% ROI per day. That is just plain ridiculous. If that was true, you could multiply your initial investment by a factor of 100 in only 115 days. Keep "trading" for a single year, and the factor is over 1.6 million. I too would love to get rich quick (Let's be real: who wouldn't?), but don't be fucking stupid here. There is no way in hell this could possibly be legit. ROIs like that just don't exist unless you're running a highly efficient scam operation yourself.

2. Watch for the usual red flags

Couple of facts about L7.trade here, all info taken directly from their very own homepage:

3. But what about the reports of confirmed withdrawals?

Those might simply be faked. There's also a chance they might be real, but even that doesn't mean we're dealing with a legit investment here. In fact, actually paying out during the initial phase of the scam is common for ponzi schemes. It's how they achieve an image of legitimacy and reel in hundreds of new victims. The inflow of new "investments" makes it easy for the scam-operator to pay out the first couple of withdrawals - As long as more money keeps flowing in than flowing out, they can keep doing this practically forever. Or, more realistically, until they have enough so they can make a grab for it and disappear.

4. L7.trade does not actually trade. Anything.

Try confirming one of the platform's supposed trades with any tool outside of L7 itself. You won't be able to. This is because L7 is a straight up Ponzi-scheme: They take the money from new investors to pay out the withdrawals of others. Of course, not many people withdraw in the frist place, because greed keeps them there. The promise of 4% growth every single day makes people stay or deposit even more.

As with all Ponzi Schemes, this works fine during the initial phase of explosive growth. It's literally exactly how the original Charles Ponzi, who gave the name to the "Ponzi Scheme", did it. But if you check L7.trade's Alexa ranking, you will find that their growth has been stagnating for a while - Which is a sure sign that whoever runs the scam will soon stop honoring withdrawals, or make a clear cut by cashing out and disappearing. If you have any money "invested" here, cash out NOW and hope that they still pay.

Just can't repeat this often enough: If something seems to good to be true, it usually is.

Ethics, Politics, and whatever else strikes my interest.