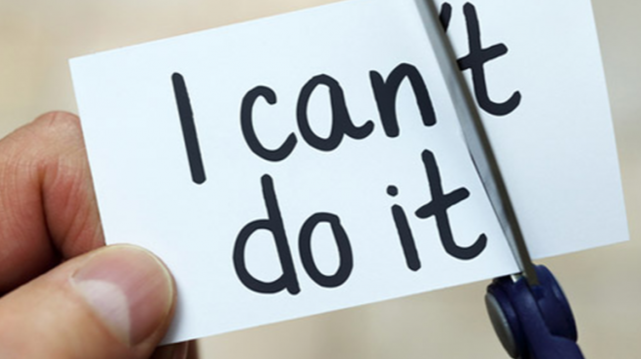 We all have limiting beliefs but are you aware of them and the impact they have on you?

What are limiting beliefs?

Limiting beliefs are thoughts that constrain us in one way or another. For example, every time you think something is not possible or is too complicated or is something you could never have is a limiting belief. As you can imagine, these beliefs are not going to help you to get things done or even try and achieve.

Where do they come from?

We are born without limiting beliefs. When we are born we are, even if only for a brief period, a blank sheet. When we are little we dream big. We want to travel the stars or even become stars. As we grow up our experiences start forming our beliefs. Our beliefs are what will become the construct of our reality. What you think is true, will be true for you, even if it is not.

Our beliefs can serve as a mechanism to protect us and prevent us from making the same mistakes.

Some limiting beliefs I think a lot of people may have:

How do you get rid of them?

Now that we have identified what limiting beliefs are and how they can be a huge influence in your life we can start to get rid of them. It is important to understand that some of our limiting beliefs may have been confirmed and reaffirmed many times in our lives, and therefore have become bigger truths for us and may take longer to erase. If for example, you failed at various businesses, you may believe you will never be able to run a successful business.

Here are some steps you can take to start erasing these beliefs:

Some examples of how I overcame my limiting beliefs

Dedicated to you, being your best YOU!