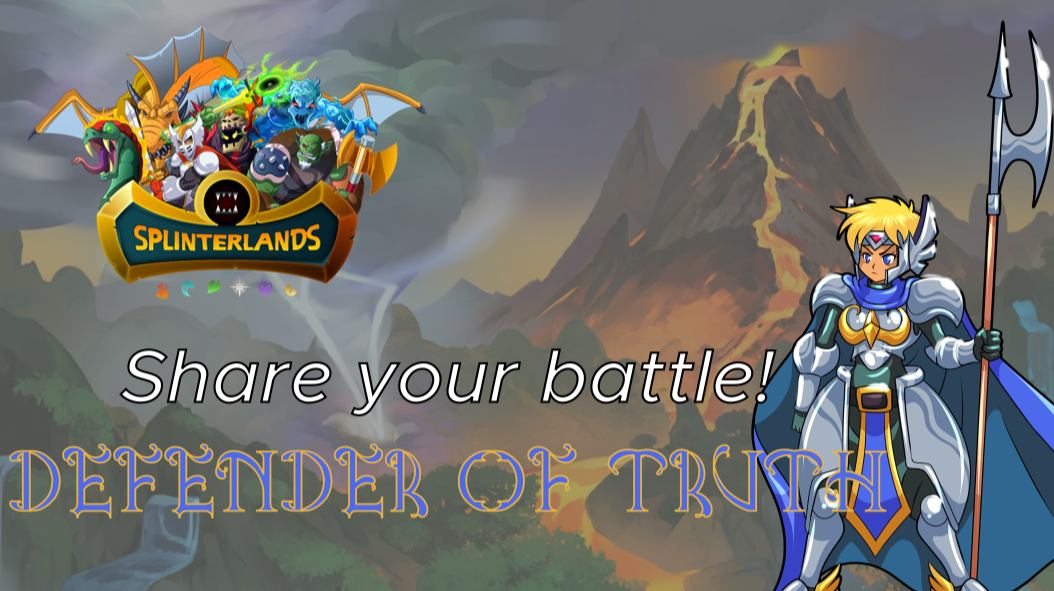 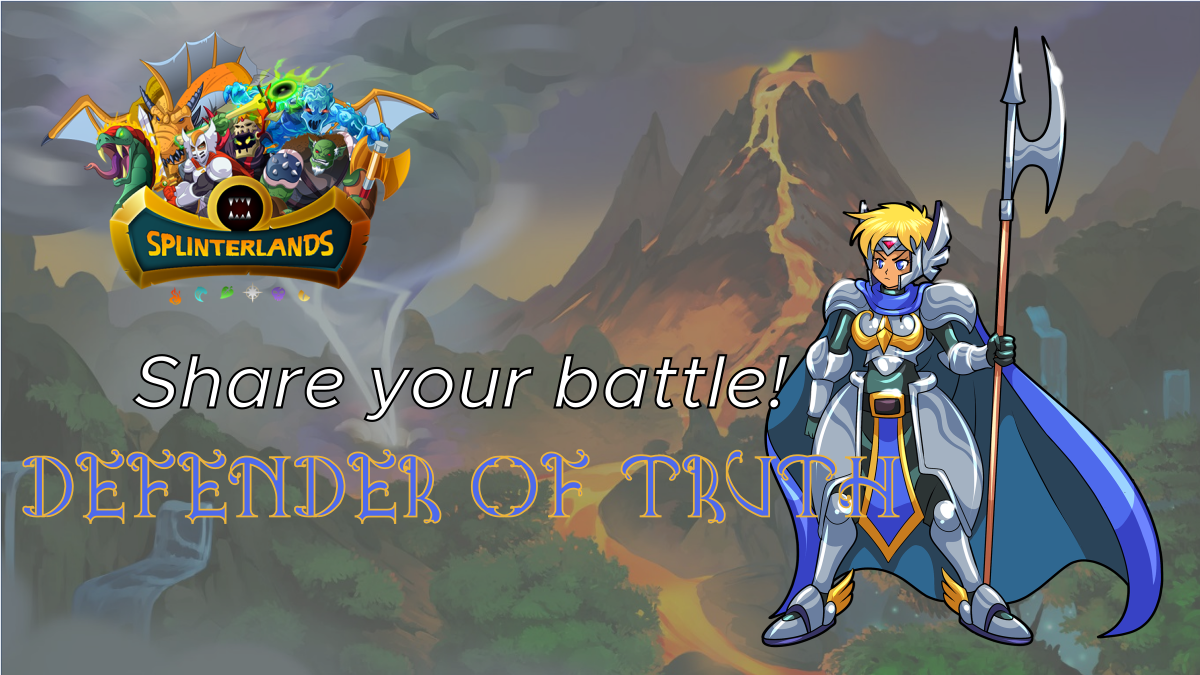 Greetings to all of you!

A new week and a new splinterlands battleshare for you to enjoy, a magician from the life splinter.

tl;dr: Using the Defender of Truth resulted in a win with a 'no melee' ruleset game.
Link to full battle

In my opinion a nicely balanced card because of the low mana cost, 1 defense and 'higher' speed. I rented it because of this battle share, and i am not disappointed yet. I think it is a nice card to play on lower mana cap battles because of the **magic** attack.

Link to full battle
The ruleset of this battle: 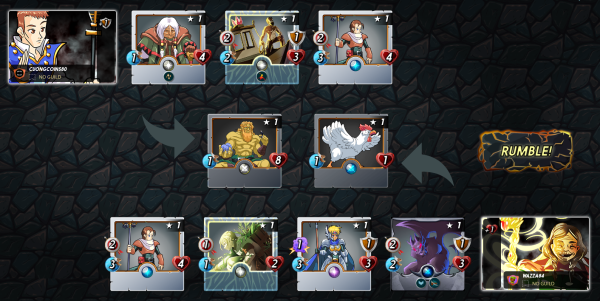 Because of the used rule set in this game, i remembered that i have a neat card, the Gargoya Devil, a neutral card who could work out as my tank. Luckily for my, my opponent used the Peaceful Giant as his tank. This meant that i would have an advantage of 2 attack on him, and it could work out quite well.

My Furious Chicken took the first hit and was downed by my opponents Peacebringer. This was planned, because i always use the chicken as a first hit target. After damaging the Giant into 6 health left (after being healed), we started on round 2.

In this round, due to the Close Range ability of the Gargoya Devil, i was able to done the Peaceful Giant. My Gargoya Devel and the Defender of Truth only took hits to there shield. Because of this, we could enter round 3 with 0 losses on our side. 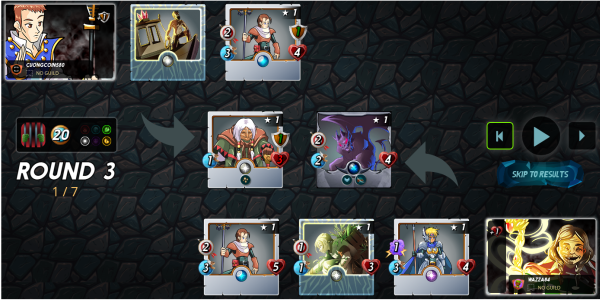 By only taking some damage to my team, but taken out the opponent's Divine Healer, his Lone Boatman would move into tank position. And by this being a ranged card, it could not act in battle any more. So i could move into the 4th round with only '1' monster left that could hurt my team. 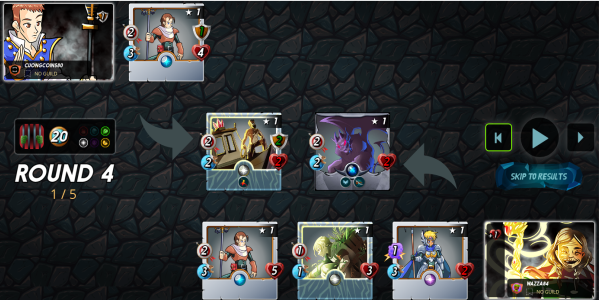 By the end of round 4, my Gargoya Devil was taken out by the opponents Peacebringer, but not until after it could have done damage. Leaving the lone boatman sitting on 1 health in round 5 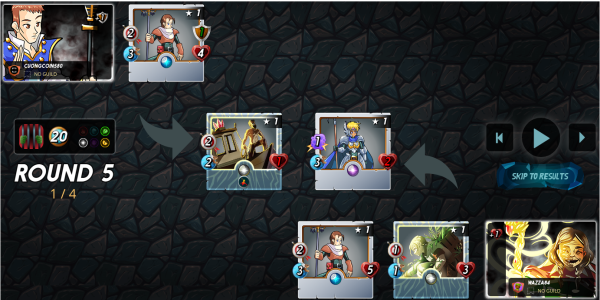 At the start of round 5, the almighty Defender of Truth could take out the tank of my opponent, moving the last monster into the tank position. Here he could do no more damage, and just had to wait until the battle was ended at the end of round 6, resulting in a win on my side.

For games like these, low mana and no melee monster, the **Gargoya Devil** and the **Defender of Truth** combination works really well. This because the Defender can attack from every position and has some shield, i think it should be a card you should a least try. You wont be dissapointed.

Images used in this post are owned and open-sourced by splinterlands.io. Prices are taken from peakmonsters.com