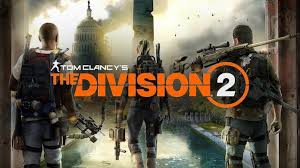 The Field Agent Division continues to rescue collapsing America. This time in Washington, where the situation is not much different from the one in New York that we defended in the first part. Obviously, the developers were not trying to make any major changes to the system that worked quite well in the original game. But they did make some minor adjustments and tried to fine-tune the struggles, access to equipment, and endgame content.

In the introduction, as a lone agent, you will burst directly into the White House, threatened by gangsters armed with machine guns. And while their attacks are reflected by brave defenders, it is quite a good idea to invade terrorists in the back. In doing so, you will especially benefit from practical coverage behind various objects with the possibility to quickly run to the next barrier. And also with a tilt and without sticking your head, which is naturally inaccurate. To do this some somersaults, a means to replenish the level of damaged armor and, of course, the weapons to be charged. They have limited ammunition, but together with various equipment you pick up at the bodies of the fallen or recharge the box with cartridges, continuously deployed in the field. Interestingly, you get confused when enemies take you by surprise. In that case your control will be disrupted and your visibility will be impaired, and you should retire until the negative effect has passed.

After clearing the area, you will enter a makeshift operating base that is exactly like the first part of the game. There you can communicate with officers, technicians, and other NPCs as you unlock the staff. Also buy or sell surpluses - unless you prefer to disassemble them and use the material so obtained to produce better equipment at production tables as planned. Or to complete projects that enhance the base. In addition to raw materials, projects also require sacrificing pieces of your equipment and meeting smaller goals, such as destroying a certain number of gang members, or donating parts and supplies. In particular, plans and modifications to weapons that improve their accuracy, efficiency and stability are rewarded. At the Quartermaster you will unlock useful assets, such as the second primary weapon slot, more storage space, extra experience for hitting the head or weak points, as well as shock absorbers and accessories.

In the sectors you will gradually conquer, you will find various smaller enclosures and protruding bases, somewhat exaggeratedly called settlements, with tasks from their residents, which will better secure the area and gain some benefits. And, above all, equipment, experience, higher levels and points to make useful skills available in eight categories. A pulse scan will detect nearby enemies and show them on the display. The turret assists in combat, fireflies blind enemies, search mines follow and explode. And then there's an auxiliary drone, shield, and chemical launcher that reinforces the allies' armor. These are the initial choices, but you can make multiple modifications with different or enhanced effects available in each unlocked category via SHD. However, you will find that multiple abilities have a similar effect and you will never use some.

In the field, navigate through map and GPS navigation with clearly visible lines that lead you through dangerous streets with barricades, car wrecks, running animals (like in a post-apocalyptic city in the movie I Legend) and gangs. Naturally, you can kill these troublemakers, but at selected locations you still need to call AI reinforcements with a signal gun and repel an enemy counterattack. The secure node serves as a checkpoint and can be revived there in the event of death. There are also major and side missions in the streets and especially buildings that you can perform solo, or you can use the challenge to find other agents - players who are willing to fight it by your side. Many of these things are already known to Division Veterans, like searches for audio recordings, SHD cases, covers, and echoes of past events.

In the field, prepare for frequent random encounters with enemies, as well as smaller assignments to give you tactical benefits and less rewards. For example, you change the broadcast of propaganda and take over the speaker system. Or you can liberate and protect the hostages to be executed. Full-fledged missions often take place indoors, while other buildings are, unfortunately, almost inaccessible. The missions, however, take you to places of interest such as museums and various landmarks that make Washington famous. It is ideal to call in to help your teammates, as you will normally face outnumbered and resourceful enemies

The adversaries are not perfect and sometimes make fatal mistakes, but they can also get you into crossfire, bypass and surprise you from several sides. That is why the lonely wolf is more demanding and more stressful - the loner simply does not stand in the game, because nobody covers his back. Some adversaries try to run to you and get on the body, others fill you with grenades. Later they use a rocket launcher or mortar. The tough thing comes when stronger enemies with a color indicator of life are added, and especially extra-rigid bosses - named opponents, who can meet several in one mission.

Weapons that, like other equipment, have their levels behave realistically. Although shooting modes cannot be switched, charging and tearing and misalignment should be envisaged, especially in the case of submachine guns when firing bursts. The drone or other unlocked abilities mentioned above will help you in combat, although you can assign a maximum of two of them to the slots. And you definitely use coverings behind walls and objects, although it is sometimes counterproductive. For if you need to move in a flash, for example, to be hit by a grenade explosion, sometimes as if the object you are crouching to let go and peel off after a few seconds, which are sometimes fatal.

Story missions have several phases and if you don't have comrades, which would revive you in time in case of death, you continue from the last checkpoint. The content is quite varied (destroying jammers, scanning systems, searching for information or people), although everything always turns into a series of gunfights. Overall, however, it works well, mainly due to the diverse locations and their imaginative design. For example, you will also fight in the observatory or historic hall with the motives of the Vietnam War

Again, there is a dark area, not just one, but three. However, they are quite small and can be passed from one end to the other in a minute or two. You can access these decontamination zones by communicating with the appropriate officer and retaining their distinctive features - face mask, agents who can cooperate, but also kill each other, liberate important sites, contaminated prey to be hung on a helicopter . In the dark area, players gain separate character levels and experiences that can be lost. However, it is fast. Within a few hours I managed to grow 19 levels without any problems. For progressive points you unlock the advantages of a dark area divided into several levels. The first increases the space in the backpack, the other for example supports the apostate's abilities. This is your agent's status when hacking systems in a dark area and hunting for other players who are rewarded for his head.

Full-fledged PvP fights await you in Conflict mode, which you can access, like other options on the base. However, do not expect anything extraordinarily overworked. In a fast-paced game, two teams of four players are fighting against each other in a team shootout or domination mode where you traditionally have to occupy and keep as many key points as possible. The game always offers three very small maps to choose from, and in combat you use any weapons and abilities you have chosen in two slots. Playing increases the level of conflict and at tenth level you reach another milestone. It is quite nice to diversify and get a riot conflict with equipment, but if PvP is a priority for you, you will surely find better titles in this respect.

After completing story missions, which are imaginative, but as far as storyline is concerned, the game offers more challenging challenges; After reaching the maximum character level, you choose your agent's specialization and fully enjoy the destruction of advanced enemy faction members and advanced struggles. And you can count on new content that the creators will continually add

You won't really find big news in Division 2 and it's a pity that the creators didn't try to incorporate at least some means of transport. Such a bike would be interesting and would certainly fit into the streets strewn with the wrecks of vehicles. However, there is a clear commitment to precision and to the highest quality. The audio-visual page is excellent, the graphics have the appropriate depth, the sites are full of objects and nicely rendered details. If you have a powerful enough machine for the game, you'll get an amazing look with ultra settings and DX12 support. Everything you can set up comfortably and support ultra-wide monitors. In case of problems, self-determination of the image and reduction of its value will help. This is suitable, although inconspicuous music and excellent dubbing, which is really a lot. And Czechs will be pleased by the successful Czech localization, although sometimes with little inaccuracies.

Division 2 is a precise tactical action that seeks to satisfy both content and audiovisual. It has no major mistakes, even if you find certain weaknesses, such as the poor AI of your allies in the streets. The problem is that you won't be surprised by the game. It is very similar to the first part, it does not offer any major innovations, only subtle adjustments and slightly different, although very impressively treated environment. However, she is great in cooperation and quite amusingly can entertain lonely wolves, although they are a little more troubled. However, you will find more suitable titles to kill other players - the PvP component is only a small, albeit refreshing diversion. Division 2 adheres to the proven tactics typical of the shootouts that we experienced a few years ago in New York. If it didn't work for you then, you might not have been convinced by a free beta from Washington. However, this is a clear choice for fans of the original game