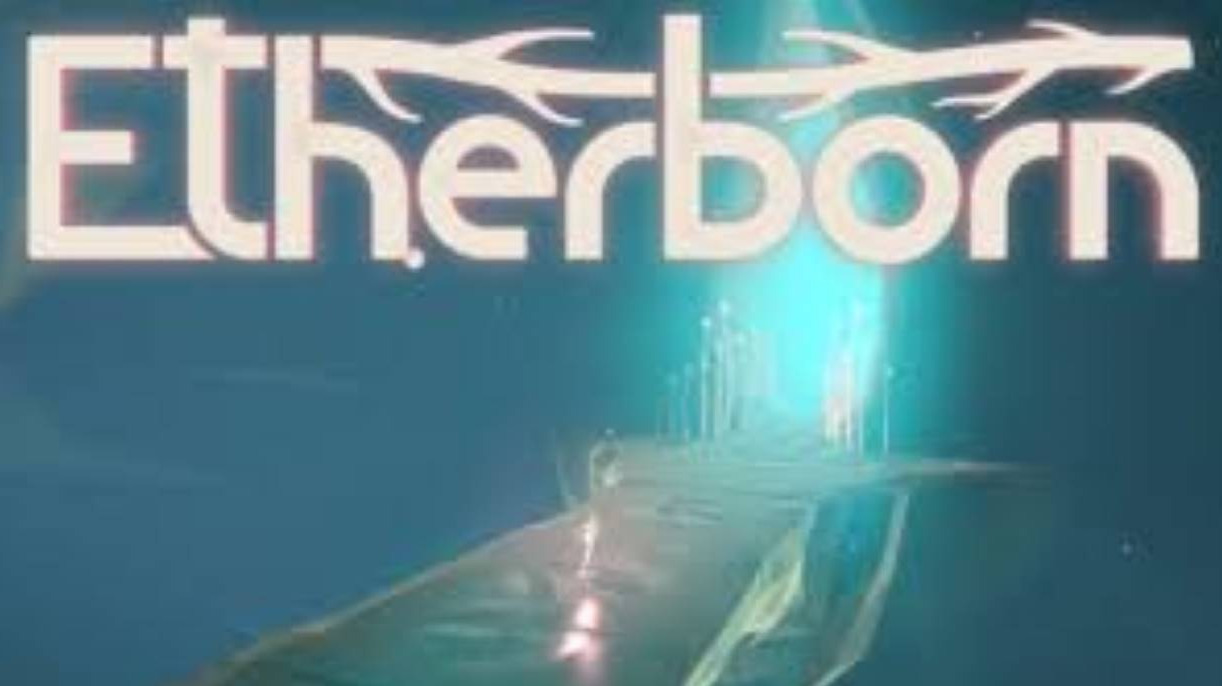 Etherborn is exactly one of those games that are trying to play on a string on a large scale and reach out to potential players in a mysterious style or unclear story. The attribute of originality is right here, but it still fails in every aspect. To get to it, we have to go to the very essence. Etherborn has a mysterious tone, but if you search by genre, you would find it among puzzle games. This, of course, fully justified, but important is the game mechanics by which all puzzle elements are made up. The game is about gravity, its mastery and overcoming all obstacles. Once you walk across the space horizontally, but you don't even suddenly come up and suddenly you head down. And this is the element that we definitely do not see in games for the first time. 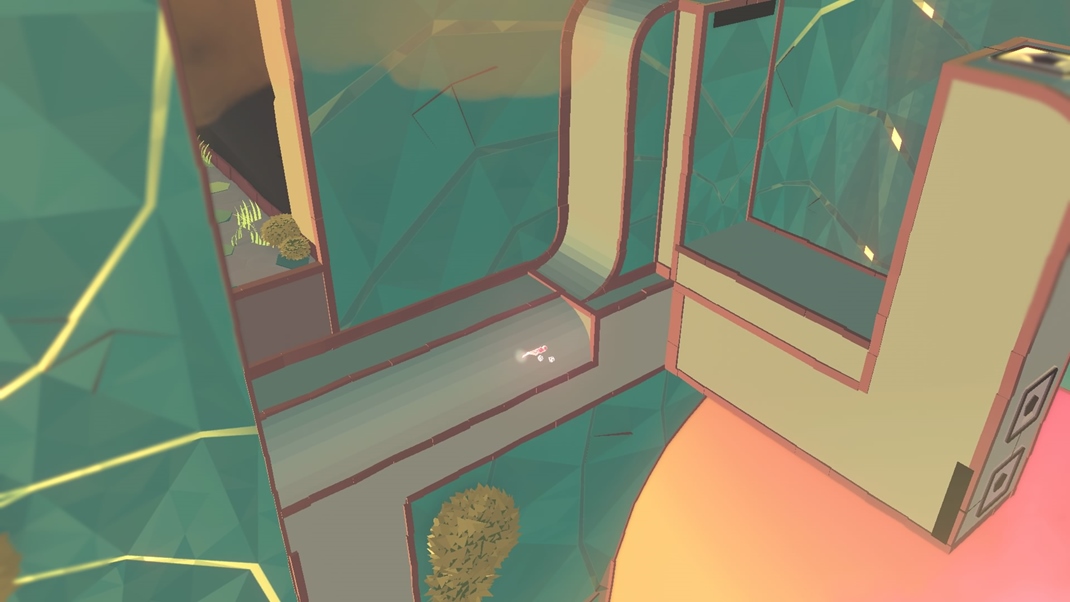 Fortunately, the creators knew about it and tried to approach it a little differently. Gravity is in no way controlled by you, but by the game environment. You have to fully surrender to him and try to work with him. As it happens in such games, not always everything looks at first glance clearly and clearly, but with a little effort and attention, you can still conquer every puzzle. Etherborn is therefore not intrinsically demanding. More than truly challenging thinking requires you to have the utmost attention and a complete overview of the environment in which you operate.

The gravity change itself is now solved by transitions that get you from one position to another. Moreover, the design of levels that float in unfamiliar space is truly interesting and refined when combined with this element of the game. The key areas of each level are located in a relatively small space, but as the entire surface of these differently shaped objects is used, I wondered at all times what could be put in such a small space.

This is why it is so important to stay alert and well-oriented. In order to move on in the game at all, you will need to collect mysterious light balls at levels. These serve as an important point of interaction. You trigger important interactions with them, but in most cases they mean shifting the bridges needed to move to the next area. A simple but still fun way that will make you look for meaning even where you wouldn't normally seek it. The game starts lightly, but quickly introduces you to the biggest problems. Ordinary playing with gravity in essentially open space, however, will gradually begin to complicate other obstacles. You will be getting stuck in the black and white pillars that extend according to your current angle. Again, a simple complication can bring up unexpected problems. 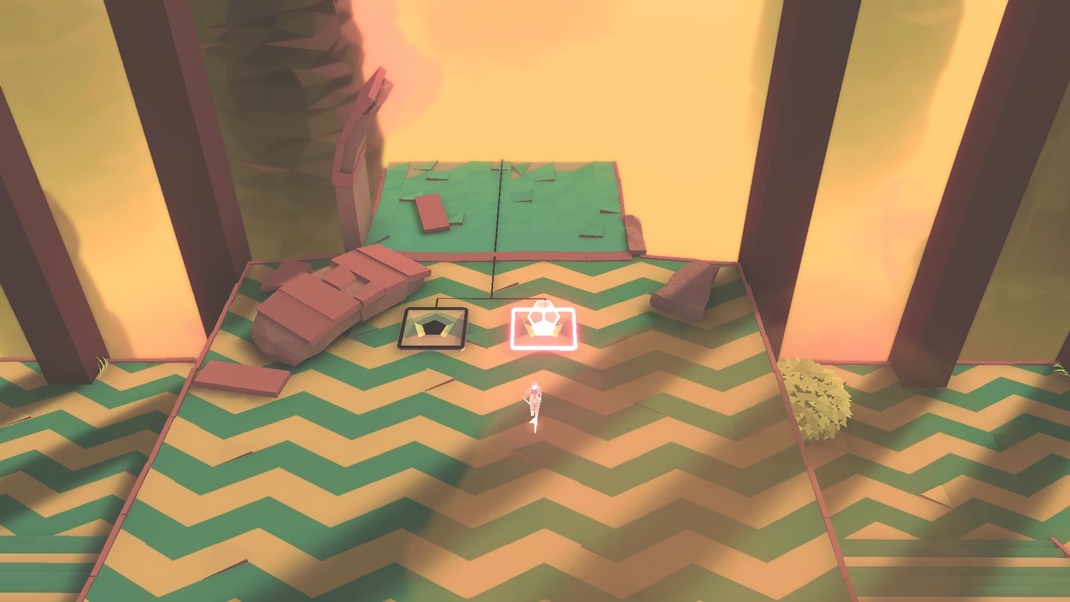 As I mentioned, all levels take place in a small space, but it can also change within one level. Since the beginning of the game, you travel to the voice that accompanies you during your journey. Places are not static, and you are gradually moving through several interesting areas. You can expect long bridges or even scary sculptures. Anyway, up to specific puzzles take place on smaller areas, which are a major obstacle for you.

So the level design is really great, but all the more regret that there are so few. Etherborn contains only five levels, which you can break in about two to three hours. It took me so much, so your time can be diametrically different. It is, of course, dependent on how clever you will be in solving puzzles. But to make it hurt a little less, the authors included the popular New Game + mode. I myself wondered what this mode would do with the game and the result is quite logical. If you decide to play the game again, definitely expect a higher difficulty. While in the standard game the mysterious glowing balls have always "smiled" at you and your problem was to get them, they will be hiding from you in New Game +.

Etherborn is a mysterious game that tells an equally mysterious story. It is gradually revealing to you, but to get to the end, you will have to deal with several obstacles, which while increasing in intensity, but above all, are built in a really great design environment. It also works very well and offers a very specific atmosphere, which is also complemented by a quality soundtrack. The biggest minus of the game is its length. The moment you finally feel at home in the Etherborn world, the game will unpleasantly surprise you with the final logo and headlines. 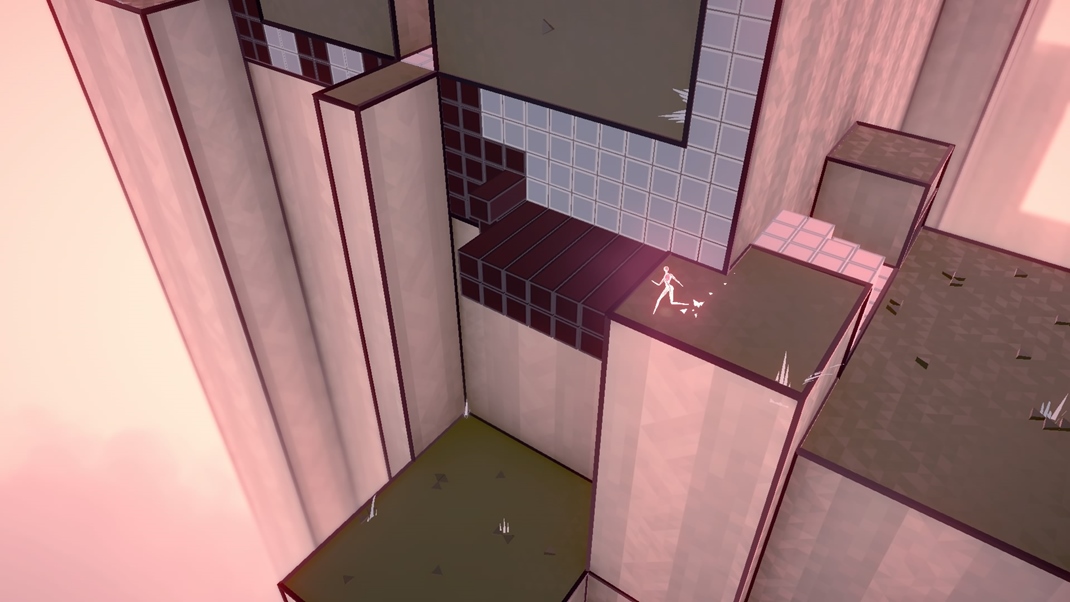