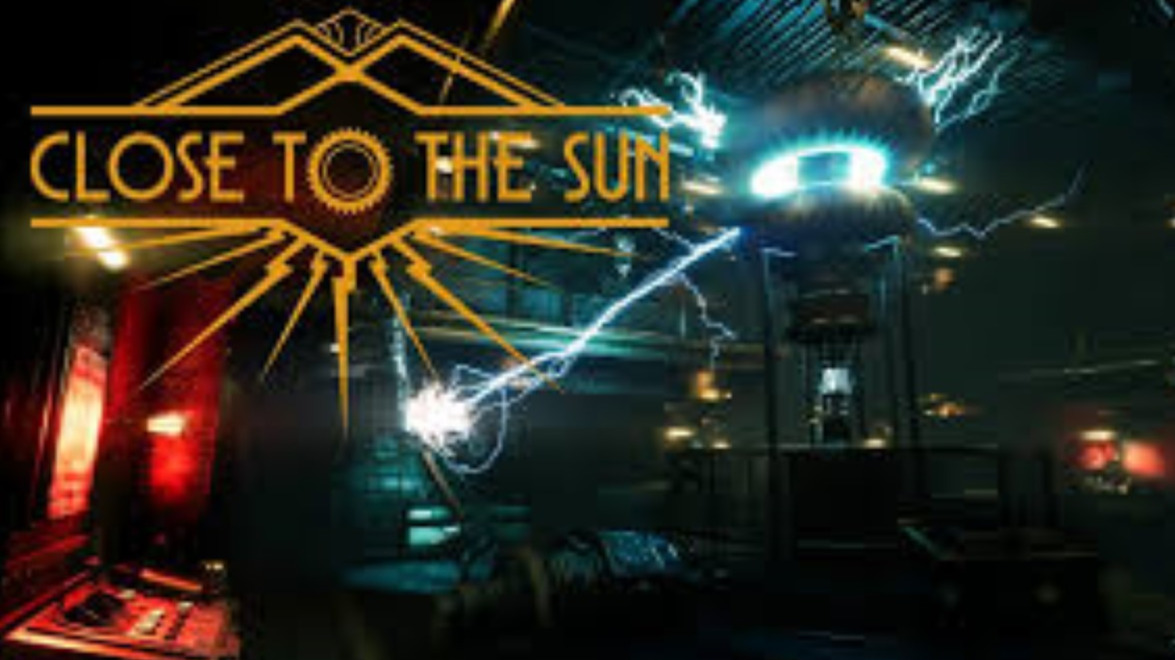 CLOSE TO THE SUN

The authors of Storm in and Teacup got an interesting idea and thought about what a world would look like in which Nikola Tesla would not fail. On the contrary, he was successful, adding many inventions to the world, even though he lacked one more important source of infinite energy.

The creators captured it all in Close to the Sun, thematically very similar to Bioshock, although unfortunately only in the form of walking adventure, without action. On the other hand, with an interesting story. As in Bioshock, here we come to an abandoned facility, namely the massive luxury ship Tesla, on which he was working on his latest experiment. But everyone disappeared and something strange is happening here. Your task is to find out what ... You will take over the character of unsuspecting Rose Archer.

Rose received a letter from her sister, who is on board the ship and needs help. You don't know what's going on, but you're on the road. On the journey of discovering secrets and perhaps saving all. However, it will be a relatively short, three to four-hour journey, but very intense in the story and mainly atmospheric. 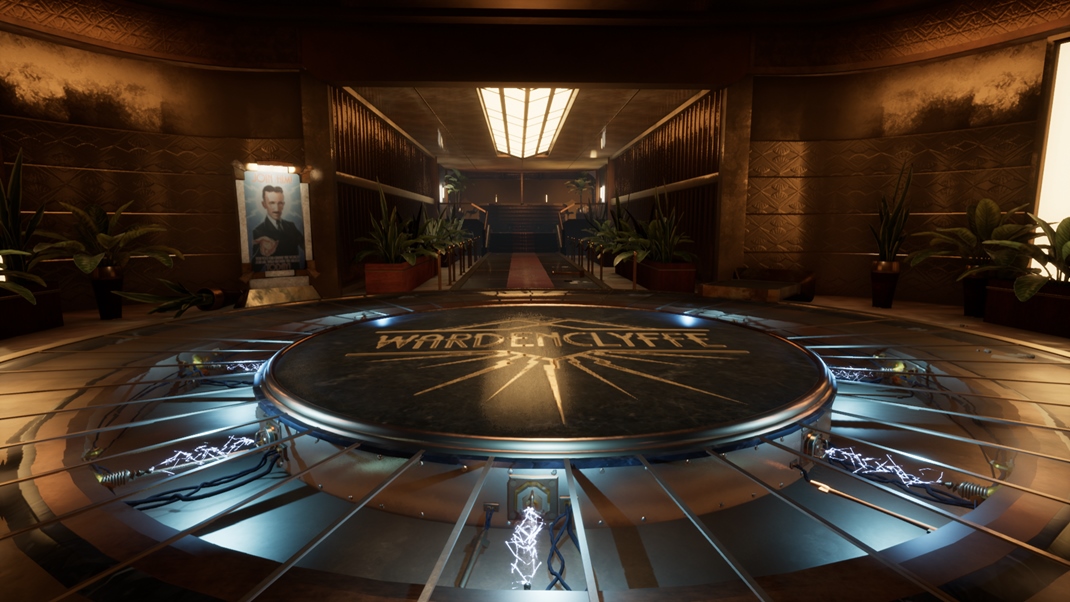 Without much spoiling we can say that Tesla in this universe did everything he dreamed of, created a distribution of electricity to people for free, as well as many other inventions (some of which he developed before other scientists). The problem, however, is that the energy for all the electricity for free must be obtained from somewhere, and that is the goal of current experiments. Those, as you already know, did not go without problems.

You will be confirmed in the game itself, where you and Rose are heading into the bowels of a massive ship. You will explore its interior, explore virtually Tesla's museum with all its inventions, but mainly follow the clues. Your sister's voice, as well as others, will guide you further and further to where you can stop everything. It will not be easy, there are strange flashbacks in the ship, you are moving to times when it was still full of people, and in the current reality you see glowing spirits from the past.

It is an impressive journey, slow, crowded with interviews and interesting information, but nothing more. This is also a problem of the game. It's just a walking simulator with minimal interactivity and simple puzzle tasks. Your character has no inventory, in the environment there are only things to look at, a newspaper to read, but the maximum you take is the key and puzzle tasks are about such that you need to read the code on one wall and enter it at the other. However, if you do not notice it, you can spend a long time wandering around. All that adds is the semi-action escape sequences where you have to go in the right direction to escape. If you choose the wrong direction, you will die and the sequence will restart. However, it is not intense enough to boost gameplay and gradually the sequences become boring. 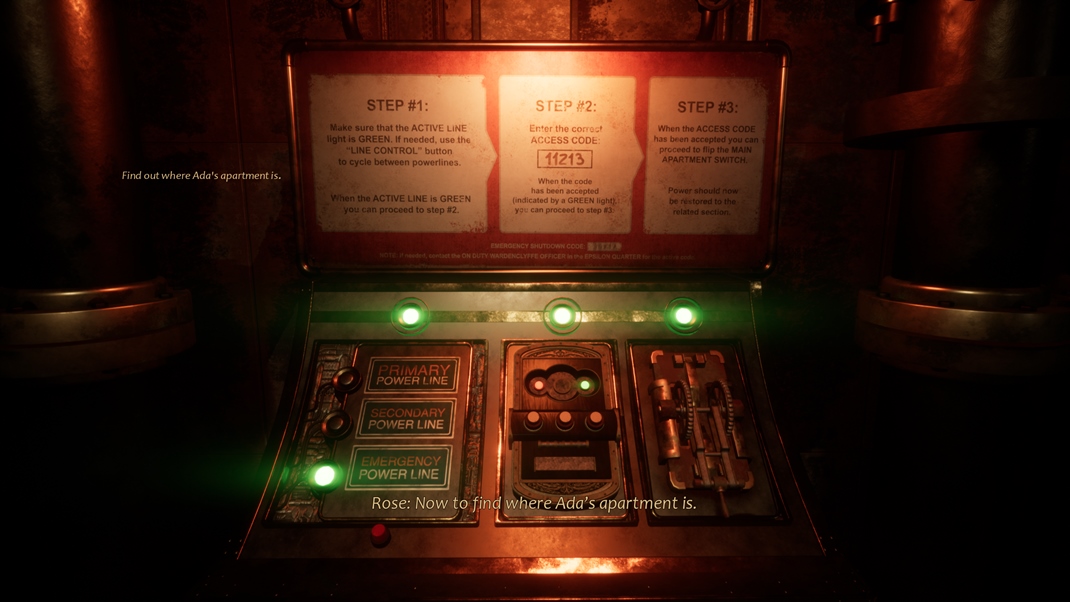 There is more variety of game elements missing and more horror. Sometimes you encounter brutal scenery, but everything is static, the game will never create a horror atmosphere like Layers of Fear or Outlast, in this respect it sounds flat. The authors tried to build the atmosphere in different directions, but they only managed to get to know the unconventional world.

Visually the game is subtle, the quality of the environment may not be the highest, but the design is unique and for the small indie studio it's all impressively crafted. The combination of gold and wood carries the entire ship, and since you are on Tesla's ship, this is complemented by a number of electric discharges that complete and refresh the static environment.

Maybe the lighting would deserve more, as everything is in the dark and sometimes it is confusing, but there are still very nice details, the ship and, indeed, the whole universe is elaborated, all the equipment. The authors played very nicely with this. At each step, see how they studied and reworked the whole topic. What they did not play with, however, are the animations of the characters, and therefore you will not see much. They are weak and poorly processed. Only the shadows of the past in the form of glowing dots are much more impressive. They are animated and fly right in front of you through the room.

At first glance, Close to the Sun looked like a new Bioshock. He showed an impressive environment, a mysterious story and a voice that leads you forward. The problem is that it ends there, it just remained a simple walking simulator. An impressive but still limited and straightforward trip with an unusual boat. If you like walking simulators, do not hesitate, if you want something more action or horror, this will not be for you.