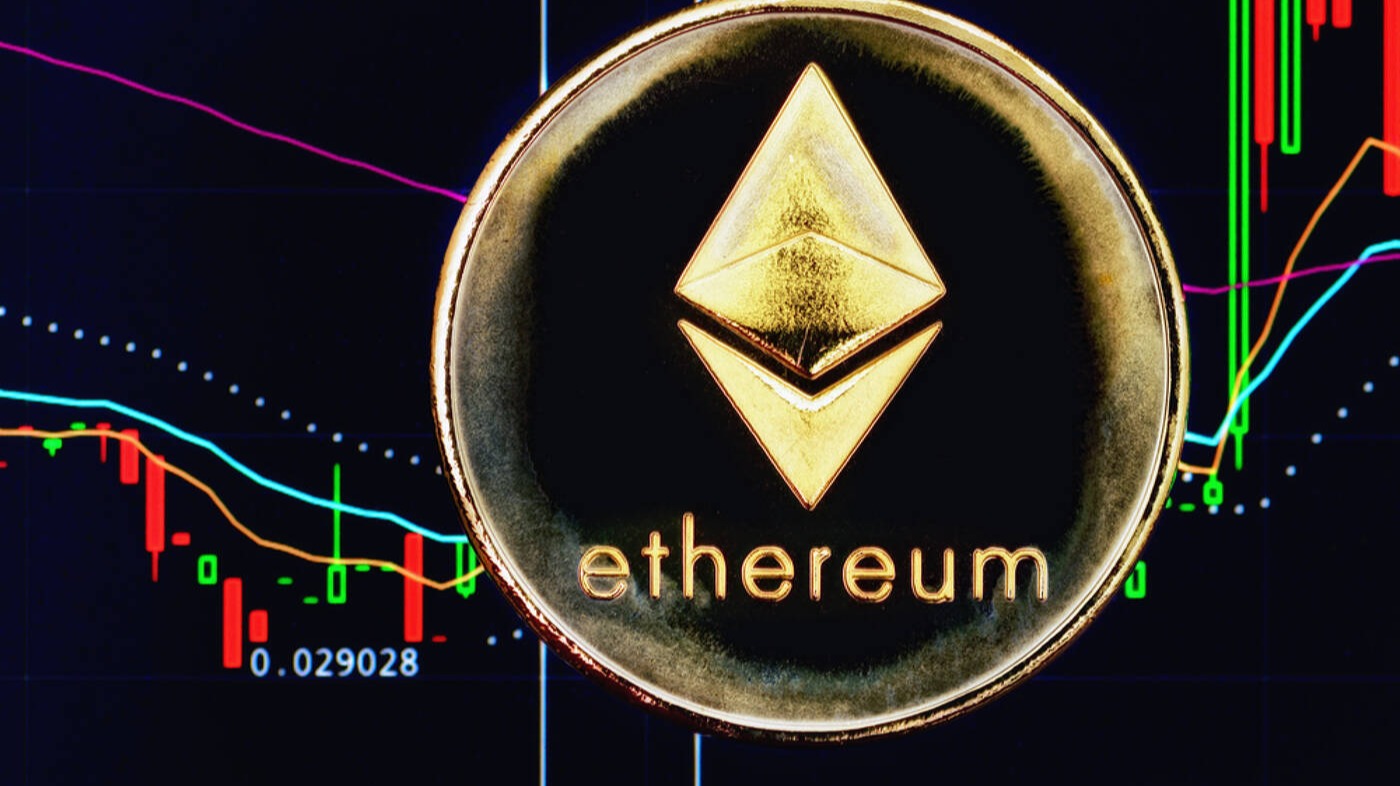 Early December, the Ethereum bulls failed to hold the $3925 low, and this month, they also failed to maintain the critical $3575 level, which was essential for their last hope of ending diagonal pattern targeting $5500-5900. 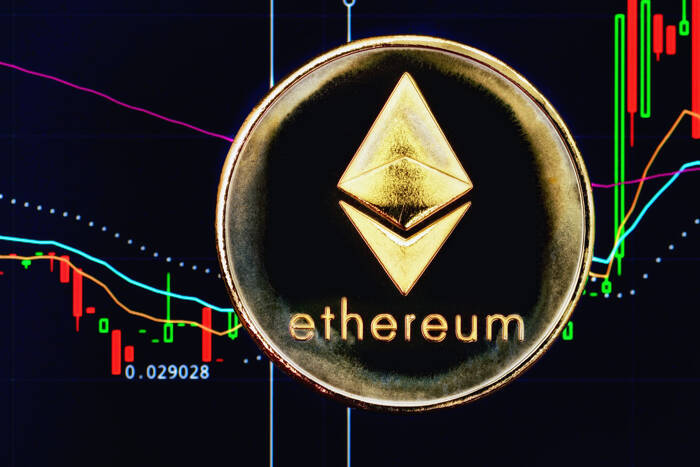 Early December, see here; I concluded for Ethereum, (ETH, Ether), “the Bulls’ most likely hope now rests on an ending diagonal pattern [in Elliott Wave Principle (EWP) terms] targeting $5500-5900. But if $3575 is breached again, then a more prolonged Bear market has to be considered.”

That drop below $3575 happened last week, and now the cryptocurrency has opened up the path for the prolonged Bear market as a large (blue) primary-IV wave. See Figure 1 below. 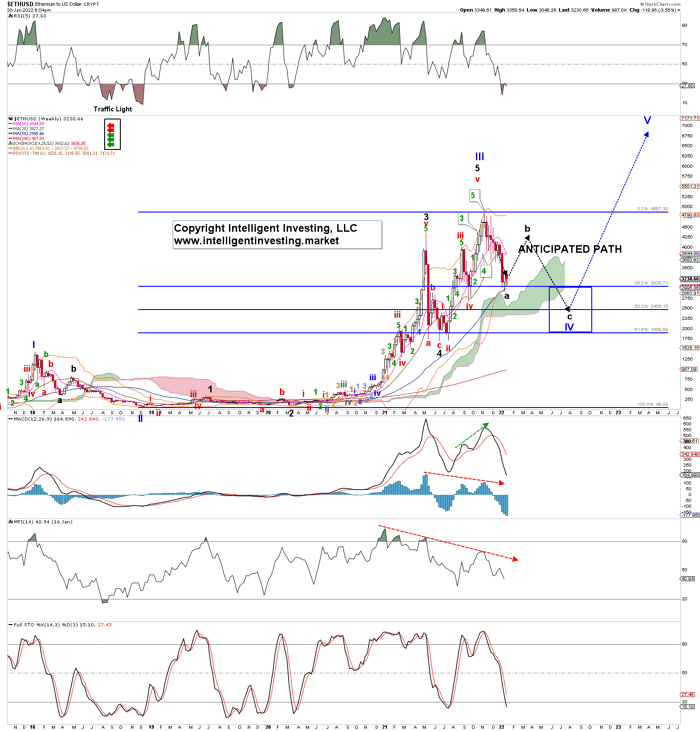 Corrections, big and small, always consist of at least three waves: a, b, and c.

My premium crypto trading members know that any correction always consists of at least three waves: wave-a, wave-b, and wave-c. Sometimes more, but never less. The now preferred Primary-IV scenario is no exception. If we look at figure 1, we can see that Ethereum has now retraced 38.2% of the previous Primary III rally that started late-2018. Besides, ETH also sits right at its 50-week simple moving average (SMA), while it still resides above its (green) Ichimoku cloud. Hence, it is right at important support from where at a minimum, a decent (dead cat) bounce can start. From an EWP perspective, it means wave-a of wave-IV is likely, or soon, complete, and wave-b (b for bounce!) should then commence.

How high the B-wave will travel cannot be known with certainty beforehand, but a 50% retrace of the previous A-wave decline is a reasonable “middle-of-the-road” estimate. Once more price data becomes available, I can narrow the bounce target zone down. For now, a counter-trend rally to around $4250+/-250 should be anticipated.

Please note that B-waves are highly variable price structures with potentially several hard-to-forecasting twists and turns. Why? Because B-waves comprise three waves themselves as well. Thus, although the upside target zone, for now, seems an easy call, the way to get there may very well be very frustrating on a day-to-day basis. Once wave-b completes, I expect wave-c to move the price of Ether back to around $2500+/-500 from where the next multi-month primary-V rally to ideally $9K+/-1K can start.

Bottom line: Early December, the Ethereum bulls failed to hold the $3925 low, and this month, they also failed to maintain the critical $3575 level, which was essential for their last hope of ending diagonal pattern targeting $5500-5900. Now the prolonged Bear market I then forewarned of is front and center. Bear markets are essentially significant corrections, and corrections always travel in at least three waves: a, b, and c.

The weekly chart suggests wave-a down is, soon, complete and wave-b back up to ideally about $4250+/-250 should, soon, be underway. Meanwhile, the weekly chart shows that ETH’s trend is also less Bullish than last month as it trades below its 10w and 20w SMA but finds support at the 50w SMA. As such, a less bullish perspective than last month must be preferred.