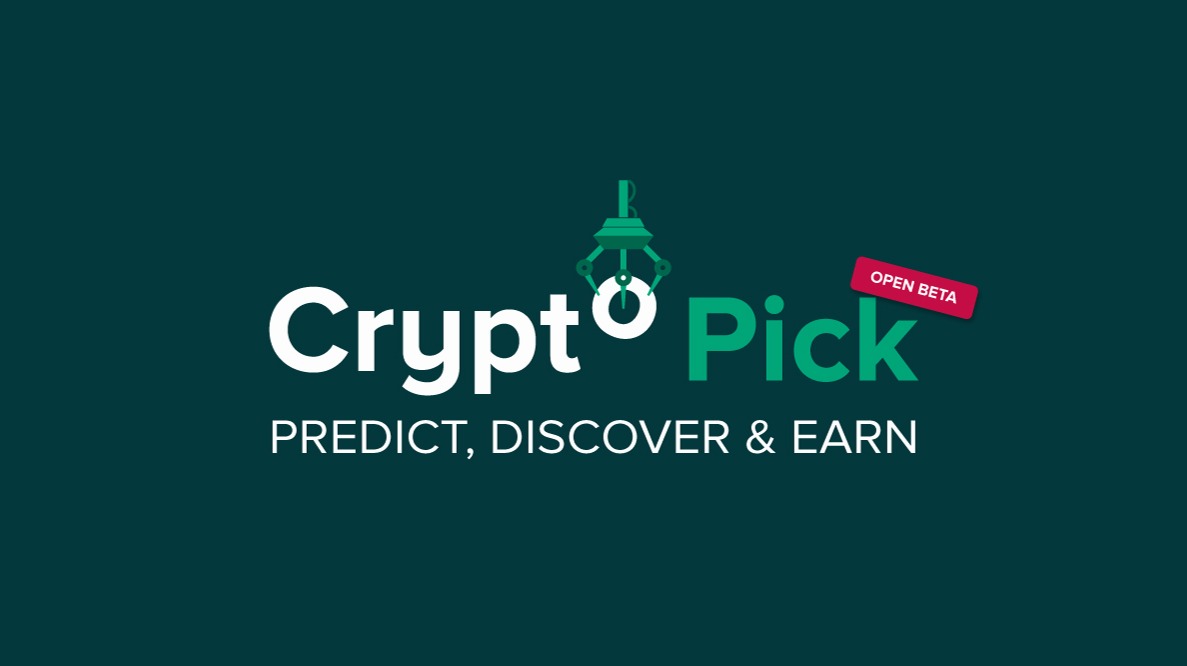 CryptoPick: Learn about the Cryptosphere and have fun playing the game

For more than 30 years I developed my professional career in the world of franchises, much of which I dedicated myself to writing procedure manuals and work guides for thousands of franchise employees around the world.

Since 2011, when I discovered Bitcoin and my life changed in a transcendental way, I dedicated myself with force to the world of cryptocurrencies and I really continue to be very motivated every day in this field.

So every now and then I will do some presentations on the apps and games that I am using to learn day by day about the cryptosphere, to force myself to research, and to earn crypto. In this way, I bridge between my two passions, franchises and cryptocurrencies.

Today I make a brief presentation and guide of an application that seems extraordinary, easy, intuitive, competitive and that forces you to learn and investigate in depth before making decisions, with the possibility of earning Ether.

The application is called CryptoPick and I’ve discovered it just a couple of months ago.

It is worth noting the impeccable presentation and the high quality of the images and graphic design of the application.

It is designed to predict, discover & earn

You have to create an account, totally free, enter and play.

Here is the website. (I do prefer to play on my phone).

You can predict whether Bitcoin and / or Ether will go up or down in the next hour, day, week, and month.

You can also predict which currency is going to rise the most and which is going to fall the most, from a list of several currencies.

1) You have to take into account two basic concepts to play:

PICKIES: are the in-game currency of CryptoPick. They are used for participating in games, joining tournaments, tipping other players, purchasing skins for your avatar and much more. Pickies can be earned by winning games or unlocking achievements. They can also be bought from the Pickers Store (coming son)

CRYPTOPICK RATING (CPR) The CPR rating is a method for calculating the relative skill level of players. Every player starts with 1000 CPR, this number will go up or down depending on the outcome of their predictions.

2) When you enter, it gives you by default the Games screen. You choose which game you want to play, between the two options: UP / DOWN or MOON / DOOM

In the bottom bar you can see "Games", "Tournaments", "Leaderboard" and "Profile".

Here you can see three options, Upcoming, which is the next game (indicating the time remaining for the start), Ongoing, which is the game currently being played, and History, which shows you your history in the game.

Here is for Bitcoin, by scrolling down you have the same for Ether.

You can also see the number of players that are playing and the Pickies Pot that is going to be distributed, according to your stake.

You have to check if you think that Bitcoin is going to go up or down in the period you chose, using the UP and DOWN buttons.

Then a screen will appear for you to choose your stake in Pickies:

As you can see, choosing whether Bitcoin is going to go up or down in the next hour, day, week or month requires you to do, even a minimal investigation, with the available tools, which are many on the market today. This is probably the most important issue that a game like this leaves you. You learn by playing (and of course, you can earn ETH).

Things get even more complicated when you have to predict which currencies will rise the most and which ones will fall the most. This will force you to research about the main currencies, their fundamentals and their technical analysis, if not, again, you will not be able to improve your numbers and earn ETH. That's what it's about, isn't it?

Thus, by playing, you can become a trader by name, or at least train yourself to be one. I assure you that the game has only one problem: it is addictive. (I have several alarms on my phone so I don't forget to pick up)

We chose MOON and you have 100 coins to choose from. The thing is really complicated.

By scrolling down you choose the currency that you think will go up the most tomorrow.

And you do the same by choosing DOOM with which you think will fall the most.

All of this when it comes to games.

3) Then come the Tournaments.

To participate in the tournaments, you have to pay a price in Pickies and meet certain conditions. (usually, to have participated in games)

You have three leagues, the hourly, the daily and the weekly.

The operation is similar for the three. When you participate in a tournament, for example, in the hourly league, your MOON TOP 50 (1H) percentages accumulate throughout the entire 5-hour tournament. If your choice was in the opposite direction to what you expected, it will be subtracted from your accumulated.

Tournaments have a specific duration. When it ends, the application will inform you by mail and by inner message, in which position you were finally located as an accumulated result of your predictions.

4) You can look at any time at the Leaderboard and see how you are ranked. I advise you not to do it very often because you can get bitter. Let some time pass and keep learning.

The leaderboard is expressed in Ether and in Pickies, you can see at all times how you are, comparing your position in the total of players, which today at the beginning of September 2020 is at 2500, but surely there will be many more, attracted by the quality of this game.

5) Finally your Profile shows you the amount of CPR you have (remember that they give you 1000 at the beginning) according to the decisions and predictions you are making. Right there you can see your picks, your stats and your achievements, you can become a prophet!

6) The system keeps you permanently informed, either by mail or in the application itself, in a very comprehensive and fun screen.

7)At any time you can deposit or withdraw ETH, so it also works as a wallet.

This also comes in handy for those newer to the cryptosphere, teaching them how to use a wallet.

I only detail the fundamental parts of the CryptoPick game. There are many more things that make it very valuable, both to learn and to have fun and play.

It would be nice to see it grow in the short term. The working team looks very energetic, the design is spectacular, and as a concept, the game manages to keep you alert to improve your skills.

In this new age of app internet, I think the best way to learn is by playing, and competing in PvP with other players. It is the best stimulus I can find to grow intellectually and have fun.