It's really interesting to look at history. All parts of history are interesting in their own right, however, only certain time periods and cultures are looked at. History (at least in the United States) is extremely eurocentric (this article won't be an exception) and focuses on the ancient and classical eras and everything beyond the renaissance. Everything else is just left as a footnote. It's rather sad as there is a lot of history between the fall of Rome and the beginning of the renaissance, yet much of it is ignored.

Empires rose and fell in this time period. One of these Empires was the Kingdom of Khazaria. This kingdom was a little-known Jewish kingdom In the caucus region of what is now southern Russia. If you think that a Jewish country in southern Russia is random, you are not alone. This kingdom has been the subject of many conspiracy theories (many of which are antisemitic). The purpose of this article is to educate people about what Khazaria actually was. Most people don't even know it ever existed and many that do may have gotten their information from less than credible sources.

Who were the Khazars?

To establish a history of this nation, the people who lived in this nation must be known. Who were they and what did they do. The people of this land were Turkic and it is believed this region contained predominantly red-haired people prior to the Mongol conquests. They spoke a Turkic language and were nomadic. They practiced a religion called Tengri Shamanism which appears to resemble Norse Shamanism and the Tengri cult. The religion was not strictly polytheistic. In later years they converted to Abrahamic faiths with the ruling class being primarily Jewish. Many people began to settle in cities and learn Hebrew and Slavic languages. 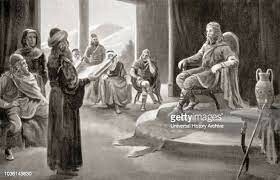 From 550 to 630 A.D., the Khazars were a part of the Western Turkic Empire ruled by Celestial Blue Turks (Kök Turks). The Khazars obtained independence after a civil war in the 7th century. They did however take their form of government from the Kök Turks. The Khazars were able to get other Turkic groups under their control such as the Bulgars and Sabirs. The Khazars later forced some of the Bulgars out and they formed what is today known as Bulgaria. Aside from Turks they were able to get Magyars, Slavs, and Northern Huns under their control.

The first capital city within the Khazarian Empire was a city called Balanjar. The capital Changed hands to the city of Samandar until 750 when Atil became the permanent capital. This City was located next to a local trading hub called Khazaran. The people in these cities only lived here in the winter as they went out to the surrounding steppe land to cultivate crops in the spring and summer.

Aside from these cities, the Khazars Kerch, Feodosia, Tamatarkha, Chufut-Kale, Sudak, and Sarkel. All of these cities had major Jewish populations and it is believed that many of their governors were Jewish as the city of Samandar had a Jewish governor. It is under debate as to who founded the great city of Kiev as it could have been either the Khazars or the Hungarians. Regardless of who founded the city, the city ended up with a major Jewish population and under the control of the Khazarian empire. 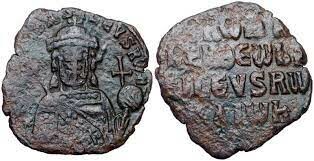 While the Kindom of Khazaria was becoming prosperous from trade, many Jews were being persecuted in surrounding areas. Many Jews fled to Khazaria which further increased their influence. With Khazaria being wedged between Arabian Muslims and Byzantine Christians, adopting Judaism became a way to assert their independence from the two regional powers. In 838 A.D., King Bulan converted to Judaism and much of the nobility converted with him. In 860, the Byzantines attempted to convert the nation to Christianity. While the Byzantines failed to convert the dominant Khazar population, they did manage to convert the Slavs in the area. By the 10th century, most documents in the area were written in Hebrew.

While their empire was wealthy and a center of trade, their main impact in history is their stopping of the Islamic advances as they formed the northern border with the Islamic caliphate at the time. As Charles Martel was in the west, The Khazars were in the north. They were the main force stopping Islam from spreading into the caucus region and southern Russia. Without the Kingdom of Khazaria stopping the Islamic advances, Islam would've likely spread into what is now western Russia and Eastern Europe. Muslims were allowed within the kingdom, however, the kingdom's dedication to values such as tolerance made political Islam an impossibility in the region which made it difficult to expand the Islamic caliphate in the region.

In the 10th century, a Slavic kingdom was formed under prince Oleg called Kievan Rus. During the 10th and 11th centuries, this kingdom would conquer much of what was Khazaria. The Kievan Rus (and the Hungarians) adopted the dual monarchy system of government of the Khazars so they were not without influence in this new kingdom. However, After the conquest of the Kievan Rus, Many Khazars converted to Islam and settled in Central Asia and the North Caucus region. Other Khazars moved away and lived in Jewish communities in Spain and the Byzantine Empire, however, these people did not make a huge impact on the ancestral makeup of modern-day Jews.

As mentioned at the start of the article, the Khazars are the subject of many conspiracies. A lot of people believe they are part of some Jewish plot to take over the world and or make a lot of money. However, this is not possible as there isn't a population of Khazar Jews around today. For starters, Much of Russia's Jewish population come from Ashkenazi populations from Bohemia and Germany. They began to outnumber Khazar jews in the area sometime between the 11th and the 13th century so the gene pool of Russian Jews contains very little Khazar DNA in modern times. Even when the Khazar Jews fled to other Jewish communities in Europe, they were always outnumbered and therefore never made a significant portion of these populations.

Also, despite the Kingdom being Jewish, most of the people within the kingdom were not Jewish. For the most part, only the nobility was Jewish. The Khazars were fairly tolerant so many people of many different faiths inhabited the land. If the Khazars were going to start a conspiracy to take over the world or make a bunch of money, they probably should've started when they had a kingdom in one of the most popular trade routes the world has ever seen, however, there is not much evidence of this. If you want a Jewish conspiracy, you'll have to look elsewhere because this group of people doesn't have the descendants or the resources to make it happen.