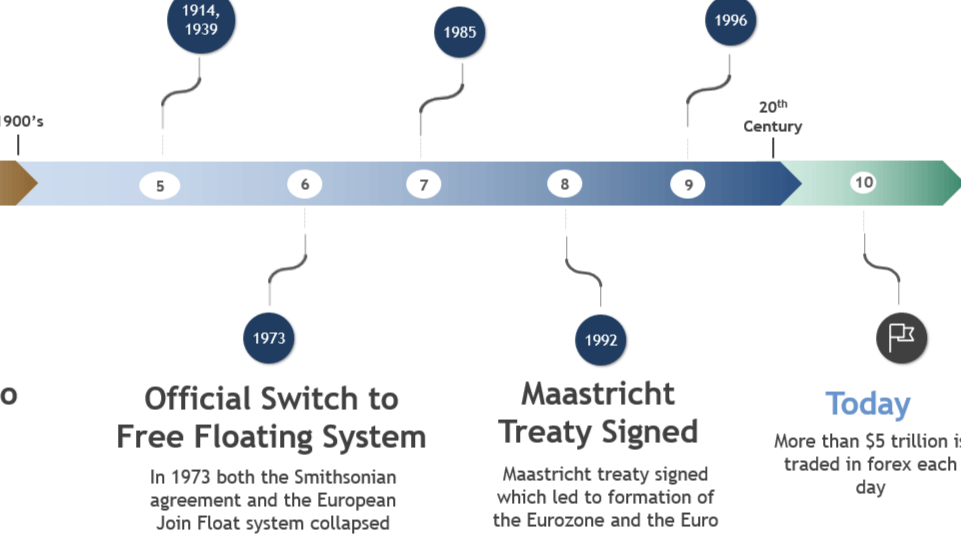 KEY EVENTS WHICH HAVE SHAPED THE FOREX MARKET

Throughout history, we have seen major events that have greatly influenced the forex trading environment.

Here are some highlights:

The Beginning of the Free-Floating System

But none were more prolific than the 1992 treaty referred to as the Maastricht Treaty, named for the Dutch city where the conference was held. The treaty established the European Union (EU), led to the creation of the Euro currency, and put together a cohesive whole that included initiatives on foreign policy and security. The treaty has been amended several times, but the formation of the Euro gave European banks and businesses the distinct benefit of removing exchange risk in an ever-globalized economy.

More than $6.6 trillion is traded on the forex market daily. 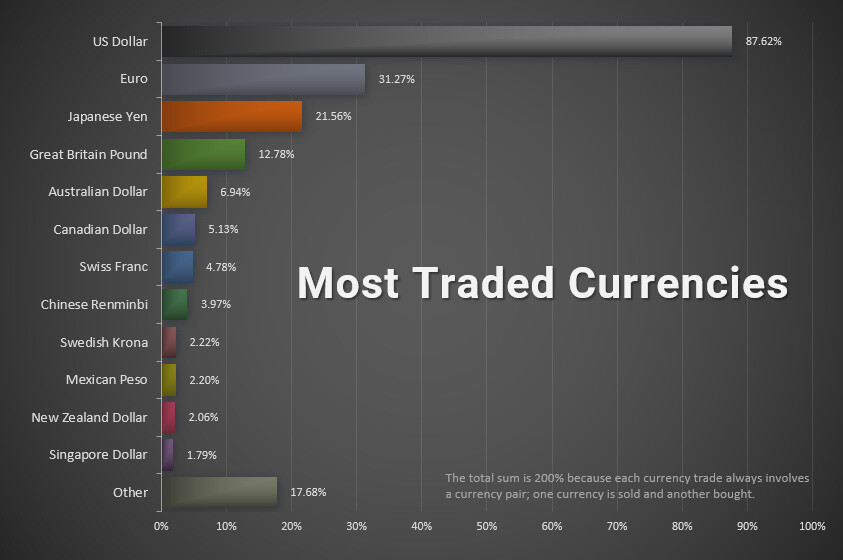 And as you can see from this chart, the Euro is the second most valuable currency.

The enlargement of the eurozone has been a continuous process since it was launched on 1 January 1999, the date when the euro became the official currency of 11 European Union member states – Austria, Belgium, Finland, France, Germany, Ireland, Italy, Luxembourg, Netherlands, Portugal and Spain.

Stay tuned as I will follow-up with the impact of the introduction of the Euro on FX Trading from a North American perpective.

Your invitation to discover Cryptos and Torum