Weekly Briefing No. 70 | The Rise and Rise of SoFi 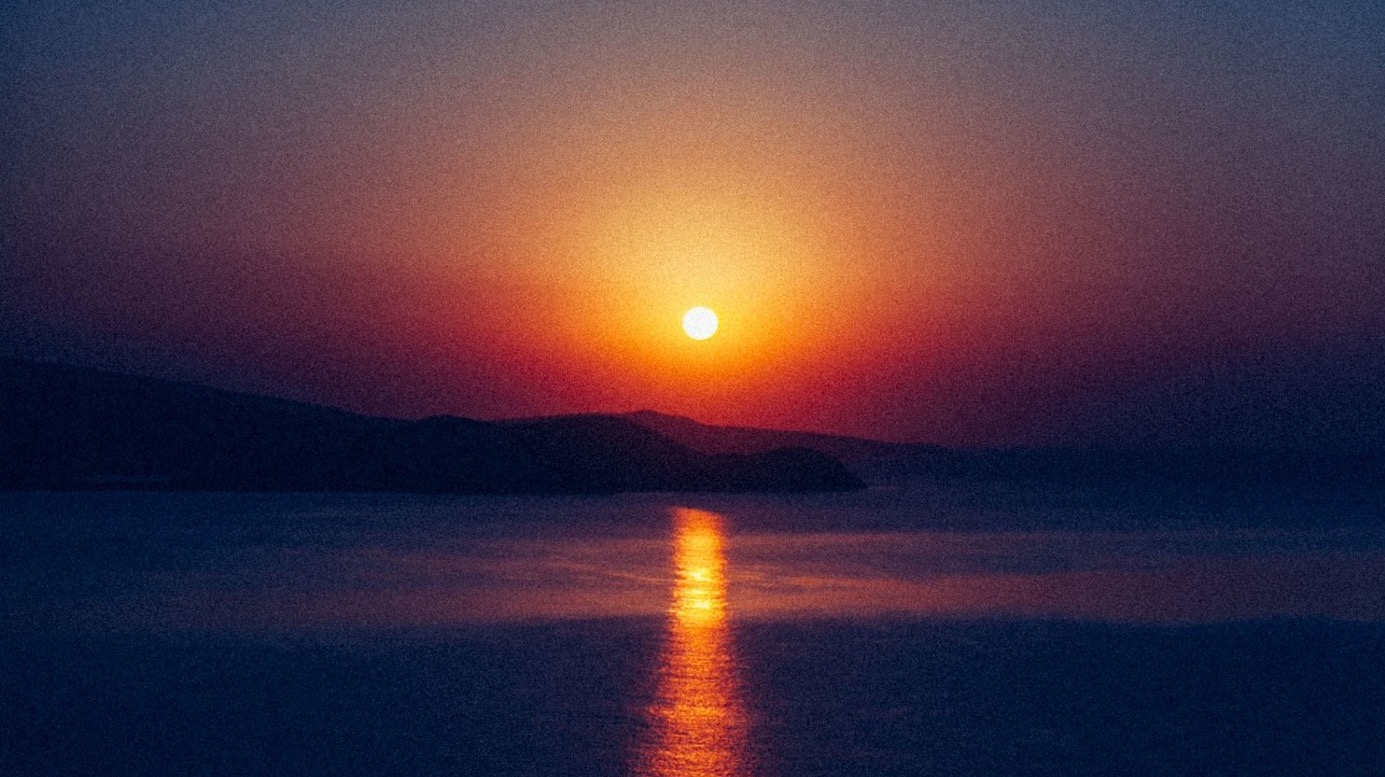 Weekly Briefing No. 70 | The Rise and Rise of SoFi

Snap’s IPO priced and its performance rose without hesitation. But other memorable things happened this week in the world of financial innovation:

The rise and rise of SoFi.

Recently, SoFi announced a whopping new $500 million capital raise, and in so doing cemented its position as the nation’s benchmark fintech company. We have been impressed by the company’s growth, capital markets expertise, diversifying set of offerings and ability to withstand the turbulence that has tripped-up other visible fintech companies as of late. But we’ll admit to not fully appreciating what makes this company tick and how it’s managed to separate itself from the pack. That’s why we asked its outspoken CEO and Co-Founder Mike Cagney, and CFO and President Nino Fanlo, to sit down with us. What resulted from those discussions is The FR’s first ever two-part interview. In our discussions, we covered everything from why the company raised so much money, its aspirations in wealth management and other areas, its community events, the team’s deep bench and, last but not least, why it dislikes the idea of “cross-selling.” We came away believing that SoFi is optimally positioned to build a formidable financial services organization that can go toe-to-toe with powerful banking incumbents as well as nimble start-ups nipping at its heels. Next week we’ll feature our conversation with Fanlo. Attached is our in-depth conversation with Cagney.

This week, fintech forums were buzzing over the attached Harvard Business Review article on how AI can transform the 80–20 rule, also known as the Pareto Principle. The piece got us thinking about investment banking departments and trading desks. Anyone who’s worked on Wall Street knows how bigshot rainmakers, ace traders and key salespeople dominate a group or desk — and its P&L. Although bonuses have been muted in recent years, big producers still tend to garner the lion’s share of compensation. But what if the perception and reality of value contribution are at variance? As this article points out, AI has the ability to create a so-called a “Super Pareto” that can determine systematically and perhaps with less bias which “causes” within a firm lead to desired “effects.” New, AI-infused ways to measure impact could spell good news for the risk managers, developers and compliance pros who probably feel underpaid relative to flashier front-office executives.

If you’re like many financial professionals, you may appreciate the value of a differentiated data strategy and recognize the potential of data to enhance your business. But do you really know your data? If the answer is no, then we suggest you check out the upcoming Data Disruption conference. Click here for more information and a discount off the ticket price when you use The FR’s discount code.

Does the world really need another blockchain coalition?

It’s easy to roll one’s eyes at the announcement of yet another blockchain alliance that supports nice sounding but vague goals such as “work together” and “promote common standards.” Still, we are taking note of the newly minted Enterprise Ethereum Alliance because its announcement turbocharged the price of Ether and its shock and awe member group includes Accenture, CME Group, ING, JP Morgan, Microsoft and Wipro. Oliver Bussmann, UBS’s former CIO, is one such expert who is taking the new coalition seriously: “We will have to wait and see what comes out of an enterprise Ethereum project, if anything. But I think it’s something to keep a close eye on. If it can be made to work, enterprise Ethereum has a real shot to become an open, global blockchain standard.”

Warren Buffett and that “situation in St. Louis.”

For some time, observers have warned about the threat to auto insurers posed by self-driving vehicles. But now that Warren Buffett is saying it, the chatter becomes gospel. Buffett believes that widespread adoption of self-driving vehicles “is going to happen.” However, he allows for the possibility that something could go wrong and made a reference recently to “that situation in St. Louis” as his evidence. That comment refers to a 2015 St. Louis experiment in which hackers demonstrated that a Jeep Cherokee could be taken over remotely by using a so-called zero-day hack. It got us thinking that maybe risk is not going away, but morphing. So while the auto insurance market could suffer, perhaps the cyber insurance market will boom as more connected devices hit America’s roads, residences, offices and factories.

A VC to watch in fintech.

Recently, Prosper secured a lifeline from a group of firms who committed to buying up to $5 billion in loans originated by the online lender over the next two years. If that loan target is hit, those firms — including a Fortress unit, Jefferies and Soros Fund management — will be able to exercise warrants for up to 35% of Prosper. To us, the interesting name to note is the other fund involved in the deal: Third Point, a major hedge fund run by Daniel Loeb that has moved aggressively into marketplace loans recently. Meanwhile, its VC arm doesn’t just nibble on venture deals like some other hedge funds; Third Point Ventures has made 44 equity investments (half of which it led) in 35 fintech, tech and healthcare companies according to Crunchbase. Mixing the hedge fund side of the house with the venture side is tricky. But if there’s one firm to watch to see how technology investments can inform a hedge fund (and vice versa), we think it’s Third Point.

The investing games that people play.

Investing isn’t a game, and we’ve been critical of those embracing the concept we’ve labeled investainment. But just because we’re against games in one context, it doesn’t mean we’re against gamification as part of a goal-based approach to investing. That’s why The FR’s Gregg Schoenberg was pleased to join IBM’s Paolo Sironi and comdirect bank’s Jan-Enno Einfeld in crafting a new report for IBM’s Institute for Business Value, “Financial Investing Gets Personal and Gamified for the Digital Age.”

COMPANY OF NOTE: Trizic. Many of today’s roboadvisors pivoted to a B-to-B focus after their initial B-to-C model encountered customer-acquisition challenges. We’re noting Trizic, however, because it was built from the ground up as an enterprise-focused and institutional-grade solution. Founded in 2012 by former JP Morgan private banker Brad Matthews, and now led by seasoned fintech veteran Drew Sievers, whose last company (mFoundry) was sold to FIS for $165 million, Trizic focuses on smaller banks, credit unions, broker-dealers, asset managers and RIAs. The firm seems well positioned to help financial advisors at these firms deliver automated solutions to a segment of their clients. One major insurance company has already partnered with Trizic to do just that, and we suspect other announcements will follow as the year progresses. “We’re seeing outstanding sales and deployment velocity across each of our target customer segments,” said Sievers.

Comings and Goings: The world’s largest hedge fund, and perhaps one of the oddest technology-driven organizations on the planet, is being shaken-up again. This week, Ray Dalio announced he would be stepping back from his role as co-CEO and that Jon Rubenstein (aka “the Podfather” for his role in creating the iPod while at Apple) would be leaving the firm. The new co-CEOs: current president David McCormick and Eileen Murray.

Spark: A rising octogenarian entrepreneur. Warren Buffett is not the only octogenarian who has shown that it’s never too late to teach the youngins a thing or two. Our latest evidence is Masako Wakamiya, a long-time banking professional who, after retiring at age 60, learned how to code. This week, at age 81, and in honor of Girls Day in Japan, she launched an app in iOS to help girls stage traditional doll displays for the festival that accompanies this holiday. So the next time you think that you are too old to learn to code, ask yourself, What would Wakamiya say?

“If you don’t like something, change it. If you can’t change it, change your attitude about it.” 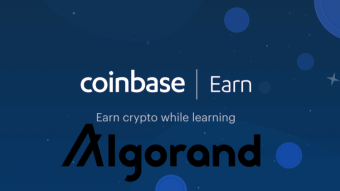 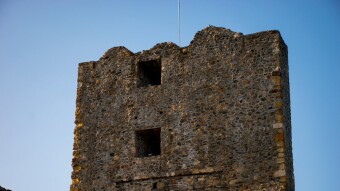 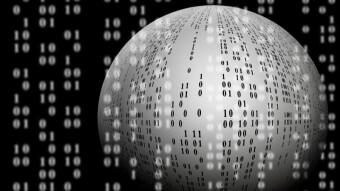