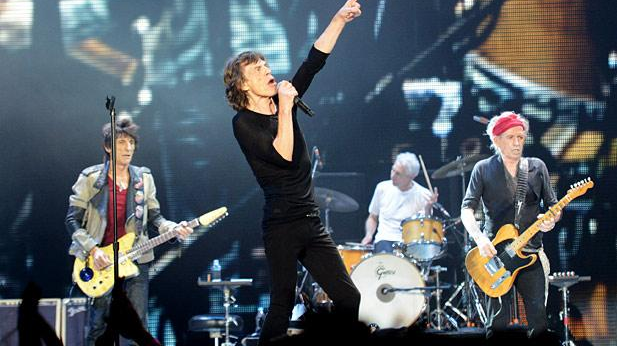 Weekly Briefing No. 58 | Sympathy for the Devil

The weather is getting colder, but temperatures are running hot throughout the fintech complex. Here’s the heat for this week:

Sympathy for the devil.

Recently, we spoke to the CEO of a new fintech app aimed at millennials. The start-up in question graduated from an ivy league incubator and had all the appropriate trappings of a company that, despite a choppy venture environment, is in a decent position to close a Series A round. “Have you ever considered a different customer segment?” we asked. When we clarified that we were implying not Gen Zers but those older than 34, the CEO glared at us like we were devils, and stupid ones at that. His attitude was unfortunate because his company’s app was better suited for older, wealthier people in our view.

Don’t get us wrong: We love millennials, understand they are early adopters, and appreciate the size and huge potential of the millennial market, which is why SoFi, Betterment, Acorns, TransferWise, PolicyGenius and others have built valuable franchises so quickly. But we think there are too many “me too” start-ups chasing millennials while other big customer segments are being ignored. Want to see the power of one non-millennial segment? Check out Blue & Lonesome, the new Rolling Stones album that is surging in the UK and US charts, and you’ll see the over-34 set downloading music with reckless enthusiasm. Plus, Gen Xers and Baby Boomers have most of America’s money and are expected to live a long, long time. A less anecdotal warning about following the millennial herd mentality comes in a report on digital payments by Accenture. It argues that start-ups have by no means “won” the digital payments space. For CEOs of freshly minted start-ups who want to be around long-term (or at least until the next Stones album release), we’d encourage a wider purview than one generation. And just remember, Mick Jagger is no millennial, but at 73, he still works a stage (and a mic) like the best rock stars of today. He also had a baby — his eighth child — a few days ago. How’s that for breaking stereotypes?

DOL fiduciary rule: the heat is on.

In recent full-page ads in The New York Times and The Wall Street Journal, Betterment founder and CEO Jon Stein boldly urged President-elect Trump to uphold the Department of Labor’s fiduciary rule. Stein didn’t mince words: “You said in June that under a Trump presidency, the American people will finally have a president that will fight for them and protect them.” The rule requires financial advisors handling IRAs and 401(k) accounts to act as fiduciaries, and is due to go into effect in April, 2017. Since the election, however, speculation has swirled that the deadline will be delayed — and the rule possibly gutted or scuttled — due to pressure from the brokerage and insurance industries whose way of doing business could be threatened by the new rule. Thrust into the middle of the muddle over the rule’s effective date is Andy Puzder, fast-food tycoon and Trump’s Labor Secretary pick. While Puzder has not commented publicly on the fiduciary rule, there’s no shortage of information about his worldview because, in addition to his lecturing and editorializing, he has his very own blog.

On Thursday, major US indices continued their post election melt-up. The bigger story for traders, though, was the widespread Bloomberg outages and slowdowns that occurred during market hours. Of course, there’s no system on Earth that will run perfectly 100 percent of the time, but when a company as pervasive as Bloomberg (especially in buyside-sellside communications) experiences a glitch, it’s a thing. The question we’re asking is: Does this Bloomberg outage, along with several others this year, signify a problem with its core infrastructure or not? Not surprisingly, Morgan Downey, who runs the up and coming Bloomberg rival Money.Net, had plenty to say on the topic. Bloomberg, he said, has become “hostile and tone deaf to customers” and now “highly unreliable and crashing randomly.” Although Bloomberg wouldn’t agree with Downey’s characterization of it as an “old Rolls Royce,” his fighting words suggest that he and other competitors may feel emboldened by Bloomberg’s technical woes and plan to go on offense in 2017.

David Sacks has confirmed that he will be resigning as CEO of the embattled insurance tech company he took over in February. Zacks has done many of the hard things necessary to stabilize a company that was at one time the epitome of a Silicon Valley darling. His too sudden departure may be thanks to a new job in the Trump Administration. If that’s the case, we hope that the South African native takes a role at HHS, because while he managed to stabilize Zenefits, America’s health insurance system remains in dire need of fresh, innovative ideas.

Of margarine and hackathons.

We admit to being a little cynical when it comes to the raft of pitch nights, meetups, and other innovation events happening at a torrid pace these days. However, as the attached Wall Street Journal infographic points out, managers since the days of Napoleon have used competitions and other one-off events to spur solutions. So if advances in everything from automobiles to margarine have come courtesy of prizes and contests, there’s no reason that incumbents shouldn’t be hosting hackathons.

Another week and another smart deal demonstrates that the marketplace lending industry is wising up. This time, it’s Orchard, a well-known connector of online originators to investors, that’s made a deal with Sandler O’Neill. Under the agreement, the investment bank’s stable of community bank and thrift clients will gain access to Orchard’s platform. That, in turn, should help more smaller financial institutions fund online originated loans.

The P2P start-up insurer has just raised a tasty $33.1 million, according to a recent SEC filing. The round — which was led by General Catalyst and included Google Ventures, Thrive Capital and Tusk Ventures — should allow the company to expand beyond New York and California (where it has already filed for a license). Lemonade has generated so much enthusiasm in part because the company has published a myriad of stats on the results of its September launch in New York. So far, the company’s performance, and transparency, are impressive.

When IBM recently announced that it was building a blockchain ecosystem on the Linux Foundation’s Hyperledger Fabric, it listed Loyyal as one of the companies already on board. That led us to take a second look at the start-up, which is using blockchain tech to revolutionize the spaghetti-string network that characterizes the state of loyalty systems today. Co-branded, multi-branded and more sophisticated incentive programs would all be welcomed by retail, financial services and travel companies alike. But in order for this new, more dynamic loyalty era to take root, an interoperable platform is needed, which is where Loyyal comes in. The New York-based company is led by Gregory Simon, a former institutional equity salesman for Macquarie, JP Morgan and others.

Comings and goings: James Stickland, a former innovation executive at HSBC and JPMorgan, has been named CEO of Veridium. Most recently, Stickland served as a non-executive director at Red Deer. At Veridium, whose biometric authentication products are used in mobile banking and trading among other use cases, Stickland will focus on strategy and revenue growth from the company’s London office.

Wisdom: Here’s the best way to ruin the holiday season: Ask two economists to point out the inefficiency and waste behind gift giving. That said, we’ve got to admit that their argument on the best way to give to charity was worth noting. Read More.

Quote of the week:

Grown-ups never understand anything by themselves, and it is tiresome for children to be always and forever explaining things to them. 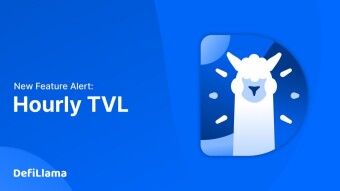