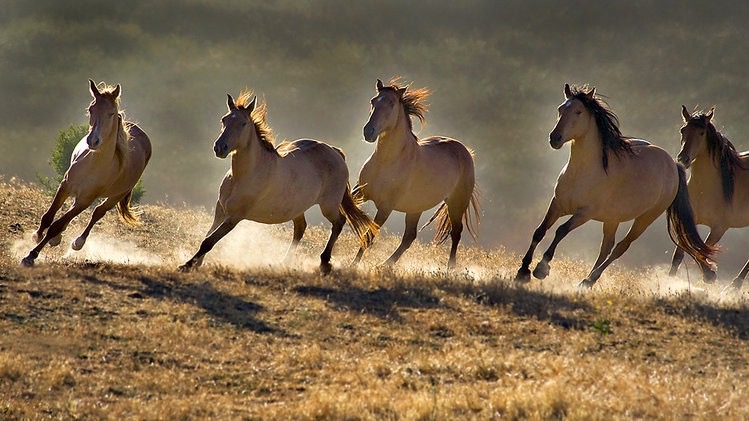 Is the age of cross-selling doomed? We ask that question in the wake of the Wells Fargo scandal and look to fintech start-ups for answers. Also this week: the coming disruption in auto insurance, a sage’s assessment of marketplace lending, equity research on the chopping block and blockchain as a salve for reference-data madness.

“Love, friendship and respect do not unite people as much as a common hatred for something.” That insight from poet Anton Chekhov proved prophetic this past week as Democratic and Republican senators alike lambasted Wells Fargo’s John Stumpf for his bank’s sales practices, in particular the cross-selling that is practically a management commandment at big financial institutions. But given the rising fiduciary zeitgeist, aggressive cross-selling is increasingly out of step with the customer-centric practices consumers want from their financial partners. And with the highly anticipated launch of peer-to-peer insurance company, Lemonade this week, a new covenant appears to be taking hold in fintech in which putting clients’ needs first actually takes place as opposed to just saying that it is. To be clear, there are large financial services firms that worship at the altar of the customer. Member-owned financial services giant USAA, for example, has a ‘near-fanatical’ focus on servicing their customers. But the impetus behind the new customer-first approach is coming from dozens of fintech start-ups, backed by name-brand VCs and large financial institutions themselves, who are coming to the realization that while cross-selling looks good on paper, things don’t always work out so well in practice. For more on Wells Fargo’s inability to grasp how far off track they have strayed, check out this recent opinion piece from The FR’s Gregg Schoenberg.

A Vulcan is coming to auto insurance.

For many years, the most innovative thing in auto insurance was a TV spokes-gecko. But thanks to technologies bringing us connected cars and autonomous driving vehicles, disruption is racing towards US auto insurance like a street-legal Aston Martin Vulcan. And when you consider the size of the US market — it enjoys over $200 billion in net premiums and employs more than 200,000 professionals — this disruption is going to have significant direct and indirect effects. Enter a handful of auto insurance start-ups, many of which are now securing meaningful traction. A case in point is Metromile, a pay-per-mile insurance start-up that recently announced a large financing. What’s notable — in addition to the round’s nine figure size — is the presence of strategic investors such as Intact Financial and China Pacific Insurance. As of late, it seems like large strategics have taken part in almost every auto insurance start-up financing. To us, this says one thing: incumbents also see the Vulcan coming their way.

“Silicon Valley, I think, is clueless.” That’s the assessment recently made by Steve Eisman, hero of The Big Short and all around brilliant weird-guy, as it relates to online lending. But consider the context. In recent years, Eisman has said all CEOs are clueless with the possible exception of Lloyd Blankfein. He’s thrown the FDIC into the clueless cauldron as well, and says Alan Greenspan was the worst chairman in the Fed’s history, which is a condemnation worse than cluelessness. Basically, just about everyone is dumb in Eisman’s sharp eyes. But his assessment of online lending is exaggerated in our estimation, particularly in light of the industry’s maturation steps since Lending Club’s problems. If prior to his speech at the 22nd annual ABS conference, Eisman had walked into a room that included the senior management of SOFI, the partners at QED Advisors and the folks building Marcus (Goldman’s online lending platform), would he have made the same speech? Calling those firms and others who remain involved in online lending dumb may not be so smart.

Got a point? Do you have a perspective you’d like to share with our readers? Is your point timely and relevant to those passionate about financial innovation? If so, we’d like to hear from you. To contact us and learn more about contributing to The FR, click here.

European equity research on the chopping block. Driven by the awkwardly named but important new MIfid II EU rule, asset managers intend to cut their sell-side research budgets by 30 percent, heaping more pain on the Europeaninvestment banking industry. That’s the assessment of the FT’s Madison Marriage in this article, which points to the major implications for how the European buy-side and sell-side will interact. If there was ever a time for European sell-side firms to maximize technology as a way to do more with less, it’s now.

The key to trading survival. Traders with the ability to detect slight signals from their body, such as a faster heartbeat, tend to be better traders and are more likely to have longer careers. That’s the conclusion issued by researchers from Cambridge and elsewhere in a new scientific paper published in Nature. The study, based on observing 18 male hedge fund traders in London, does not demonstrate to us that humans possess an inherent edge over algos as others have asserted. However, it does tell us that if you are a trader with high physical self-awareness, you’re more likely to thrive amid traders whose self-awareness capabilities are only average. Speaking of which, here is our favorite book on meditation.

Is blockchain a savior for reference-data madness? Big banks and brokers spend many tens of millions of dollars per year in gathering and maintaining the reference data needed to facilitate transactions. A huge amount of tough, boring and important work happens along the way. And the rub is this: every firm involved in a given asset class has to collect the same data as every other firm. Why? Because there’s no easy way for parties to share the data. Blockchain tech holds the potential to change that, which is why we are noting this recent R3-sponsored test.

It’s a hummingbird thing. Don’t put SEO first. That’s the cardinal rule of fintech web design, due in part to changes in the way Google’s hummingbird has ranked search results. That advice, along with several other tips, comes courtesy of Modedaweb in this handy blog post. And while we’re on the topic of web sites, check out this recent poll on online advertisements. Our favorite data point: 43% of the millennials surveyed said they have downloaded an ad blocker to avoid intrusive advertisements. Unsurprisingly, video ads stood out as the most disliked form of ads.

Saying goodbye to compensation history?New Jersey is considering making it illegal for an employer to ask a candidate about his or her compensation history. If approved, the Garden State would join Massachusetts, which recently enacted a similar piece of legislation last month. Supporters believe asking a candidate about salary history perpetuates a cycle of lower salaries for women. But if enacted in New Jersey, many Wall Street firms that field employees in the Jersey City financial cluster will likely be on the lookout for more advanced salary data to fill in the gaps created by the law.

Atlanta’s fintech scene is booming at the moment and one of its well known participants is FactorTrust. Founded in 2005, the company labels itself an alternative credit bureau, providing credit and predictive analysis on underbanked US and UK consumers. On the back of a $42 million financing last year, the company brought in a president (Argus co-founder Michael Heller) and bolstered its board. Its proprietary index provides an excellent snapshot on the needs of the underbanked.

Martin Holst Swende has left Nasdaq’s InfoSec group to run security operations of the Ethereum Foundation. The announcement was made in Shanghai during International Blockchain Week. His appointment comes at a pivotal time as the Ethereum community continues to shake off the June collapse of the DAO, an ethereum-powered investor director fund.

“To be or not to be. That’s not really a question.”