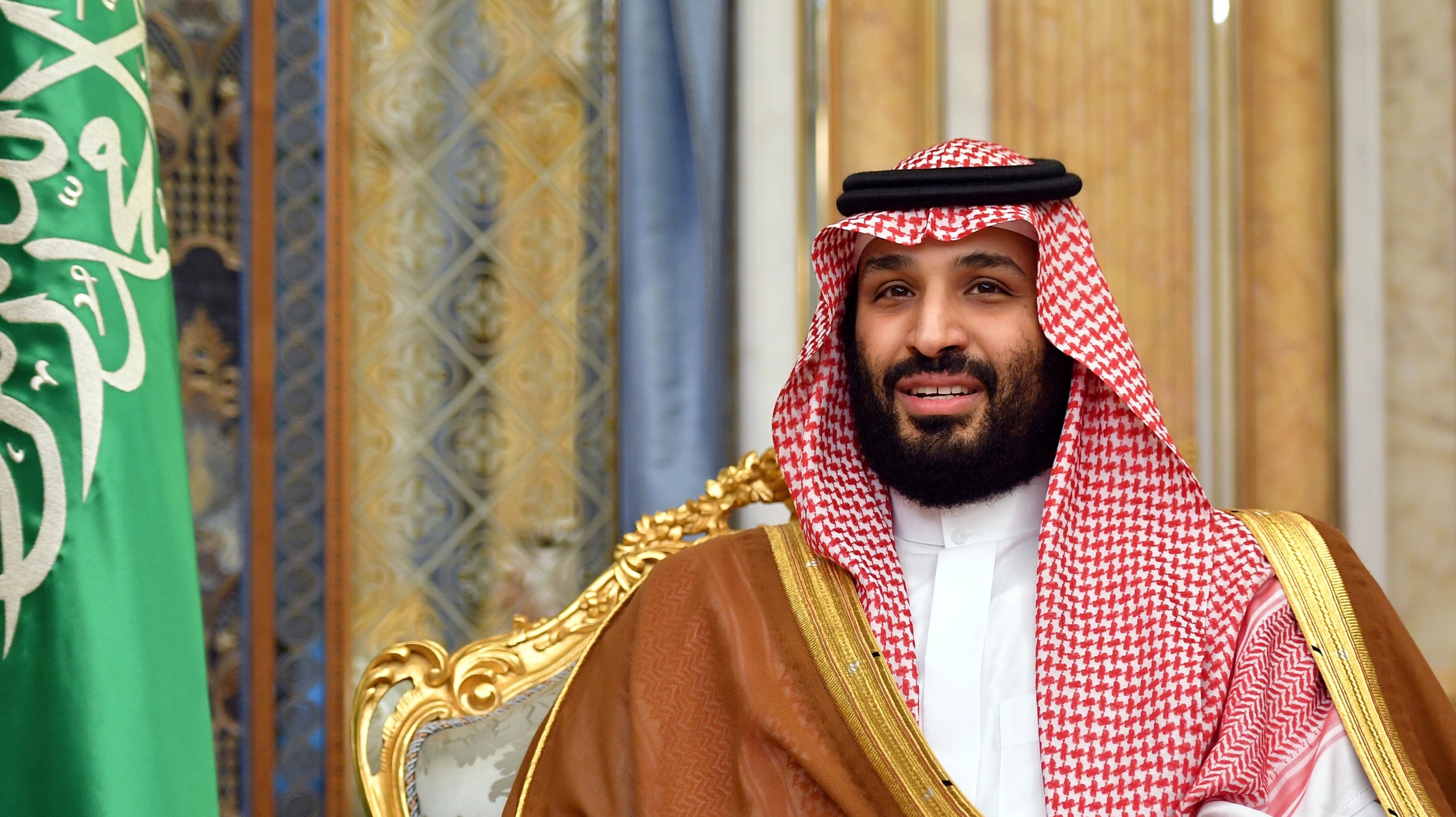 Happy December. We’re ringing in the last month of the year with a fresh issue of The FR. This week:

Like many who have followed Zenefits in recent years, we had our doubts about the company’s future in the wake of its challenges. But to the company’s credit, it managed to clear away many of its legacy problems last year. However, stability and dynamic growth are two different things, which is why The FR’s Gregg Schoenberg was eager to speak with Jay Fulcher, who took over as CEO in February of this year. What we encountered was a seasoned class act who was well equipped to put Zenefits back on offense. In order to do that, though, Fulcher and his team have had to do more than streamline the company’s business model. For a company dedicated to empowering employees, it’s been important for Fulcher to set an example within the company and to articulate a clear vision for the future of work in America. And from the fun 1980s music playing in the bathrooms, to the the sense of inclusivity that pervades the company’s office, to its successful workplace culture conference, Zenefits looks to us like a company that has regained its groove and sense of mission. See our interview below.

Smart Beta can be smart or dumb, but it’s about to get cheaper.

“I don’t believe in this smart beta concept.” That’s what Vanguard’s outgoing CEO Bill McNabb said recently. This week, though, Vanguard announced a series of ETFs that appear to be sidestepping the ‘smart beta’ label by claiming that they’ll be actively managed. Nevertheless, several of the new ETFs will be single-factor funds driven by characteristics such as momentum and trading liquidity. With an estimated expense ratio of 13 basis points for most of the new offerings, Vanguard will be joining GSAM in pressuring other fund managers who offer smart beta products, as the average prices for these funds have been in the 20 to 40 basis point range. Several digital advisors already offer smart beta strategies, but it’s not hard to see how the entry of cheap Vanguard ETFs into the mix will fuel more demand. We hope the robos are careful in how such products are marketed, as even smart beta’s godfather is worried.

The world’s most powerful Millennial.

It’s not Mark Zuckerberg, Emmanuel Macron or Beyoncé. We think it’s Mohammed bin Salman (a.k.a. MBS), the 32-year-old crown prince of Saudi Arabia, whose recent actions and moves to modernize Saudi Arabia’s society and economy have sparked heated debate. But there’s no doubt about his determination in creating a new economic framework for Saudi Arabia, laid out in the Vision 2030 program. In this way, an important MBS counterpart may be Sarah Jammaz Al Suhaimi, the 37-year-old first female head of Saudi Arabia’s stock exchange. To loosely paraphrase Thomas Friedman in a recent controversial column, you’d be a fool not to root for MBS, Ms. Suhaimi and others who we suspect will be open to financial applications of blockchain, AI, cybersecurity and data solutions. But make no mistake, Saudi Arabia’s future under MBS is complicated.

With the soaring price of Bitcoin, buzz that the Fed is contemplating its own cryptocurrency, news that Katy Perry and Warren Buffett talked Bitcoin, PwC’s decision to take payment in Bitcoin, the CFTC’s official greenlighting of Bitcoin futures and controversy surrounding Tether and Bitfinex as a backdrop, Coindesk hosted its annual Consensus event in New York this week to packed rooms. Unfortunately, bubbles don’t lend themselves to rational analysis. Still, for those taking a longer-term view, we’d recommend downloading the report Coindesk released (See below) in conjunction with the conference. You can pair that with this fantastic Bloomberg piece summarizing the Bitcoin views held by prominent people.

“This guy goes to a psychiatrist and says, ‘Doc, my brother’s crazy. He thinks he’s a chicken.’ And the doctor says, ‘Well, why don’t you turn him in?’ And the guy says, ‘I would, but I need the eggs.’” That’s a segment from Woody Allen’s Annie Hall that continues to find applicability for us when we read about Credit Suisse’s James the Robot and encounter articles like this one from Wired’s Tom Simonite that point to the inevitability of technological unemployment. Sure, many people are troubled by it, but in the meantime, most of us put aside the worrying and get back to the work we have — because we need the eggs. YC Group’s/Open AI’s Sam Altman is not like that. In fact, he’s just the opposite, and although we’re still studying UBI, we applaud him for creatively repackaging basic income as a GDP profit-sharing initiative to preserve the stability of the coop.

Is Wells Fargo more deserving of FDIC insurance than Square?

During Wells Fargo’s Q3 conference call, CEO Tim Sloan said this about Wells’ ability to generate an 11% to 13% ROE: “We understand that increasing our capital return to our shareholders, like we did this quarter, when we were up to $4 billion and continuing to grow ROE, is very important.” Nobody doubts that Sloan is in a tough spot in the wake of new accusations involving Wells’ FX activities, but it would be smart for the bank to lean a bit more into its “We all work for the customer” mantra in its Q4 call. In the meantime, we hope the FDIC doesn’t impede the process of new entrants from securing de novo banking charters out of sympathy for status quo lovers. Deposit insurance is a powerful weapon, and in the wake of new details about Wells’ deep-seated issues,, it’s hard to make the case that Square and others seeking an ILC charter are less deserving of FDIC insurance than America’s #3 bank.

Deals abound ahead of year end.

Quantum computing may eventually take first place as a white hot fintech thing. On that note, this week, 1QBit, a quantum computing software company that focuses on computational finance, announced that it closed a $45-million Series B. Also this week, AI start-up H2O.aiannounced a $40-million Series C to support its mission to democratize machine learning via its open-source software platform. Meanwhile, in the world of the evolving workplace, WeWorkannounced it was buying Meetup to fuel its community-manufacturing machine, and Arianna Huffington’s anti-employee burnout start-up, Thrive Global, has raised $30 million at a $120 million post-money valuation to scale its employee wellness platform.

When people think Arkansas business, companies like Walmart, Tyson Foods and J.B. Hunt come to mind. But what many people don’t know is that the roots of FIS, one of America’s largest financial technology companies, can be traced to Arkansas. Specifically, those roots are connected to Systematics, which was founded in Little Rock in 1968 and helped along by Jackson T. Stephens. With that distinguished lineage in mind, we are delighted to highlight the VC FinTech Accelerator, which is dedicated to helping fintechs that want to help financial institutions keep pace with disruptive technologies. The program, which is part of The Venture Center and is empowered by FIS, runs an intensive 12-week program for ten companies (per class) that generally have an MVP and are looking for guidance on go-to-market strategies. An initial investment of $75,000, access to FIS’s C-suite and Tier A mentors makes this accelerator one of the more compelling fintech start-up value propositions in the nation. “Start-ups looking to rapidly validate their solutions and gain exposure to decision makers at hundreds of institutions to accelerate their go-to-market should consider applying,” said program manager Brian Bauer.

Americans have a greater ability to access their data if it’s processed in the UK. How do we know? Because a Brooklyn-based professor sued Cambridge Analytica (which claimed to have the goods on over 230 million American voters) and won. But the fight isn’t over yet. Also, we liked a recent Wharton Fintech podcast featuring Amy Nauiokas, founder and CEO of Anthemis Group. During the conversation, she discusses her firm’s backing of adjacent fintech themes such as Flo Technologies (water conservation and management) and kWh Analytics (solar risk management).

QUOTE OF THE WEEK

“Karma’s not a liar. She keeps receipts.”