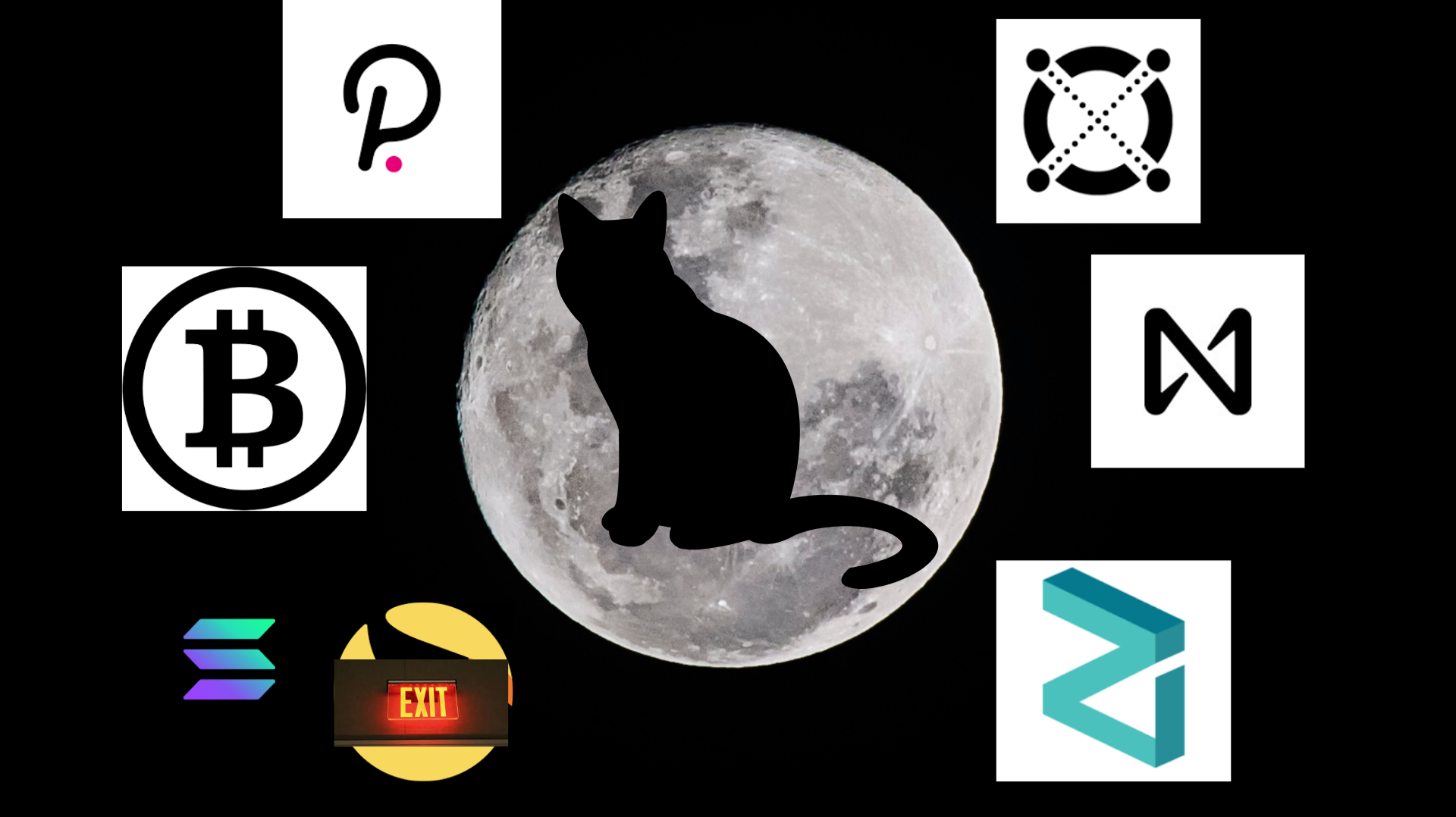 Despite the numerous warnings about the lack of decentralization of Terra (LUNA) and the insane interest rate offered by Anchor Protocol (20% while outside crypto market any interest above 2-3% is considered as suspicious), $18 billion had been invested into Terra, mainly into the Anchor Protocol. You know the end of the story: UST depegged, LUNA dropped to almost zero... and Terra blockchain has finally been halted.

Everything is worrying there, but the suspension of Terra blockchain raises even more concern than the drop of LUNA. What about decentralization? Is it possible to halt a blockchain like that, because a few guys have decided it? Which other blockchains could be halted the same way? Let's have a look.

In order to answer this question, we need to look at several parameters.

Number of validators of the blockchains

The first parameter to look at is the level of decentralization of each blockchain, and hence the number of validators: 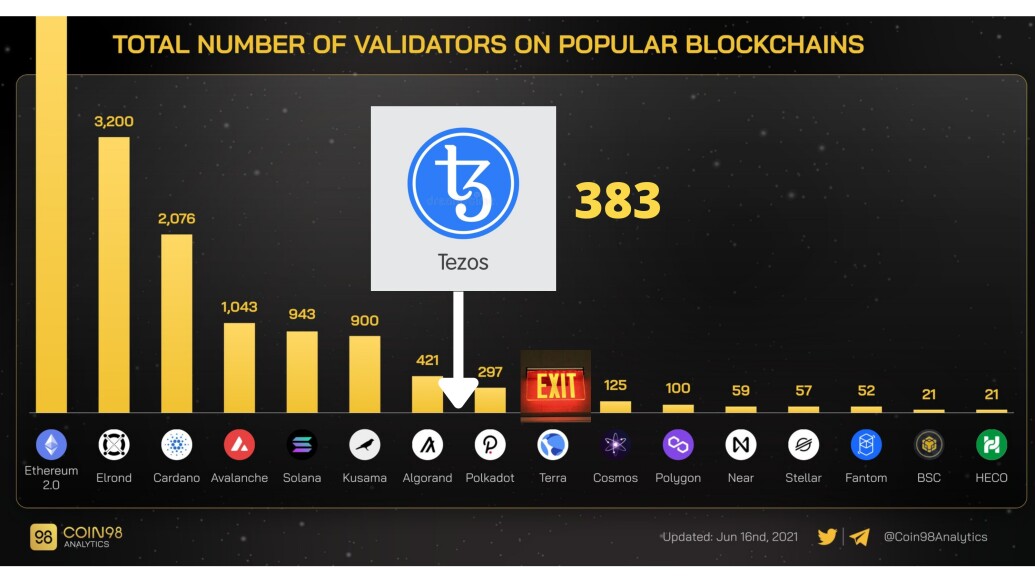 Developer count of the blockchains

Another parameter to look at is the number of developpers working on each blockchain, and the growth of the developer count: 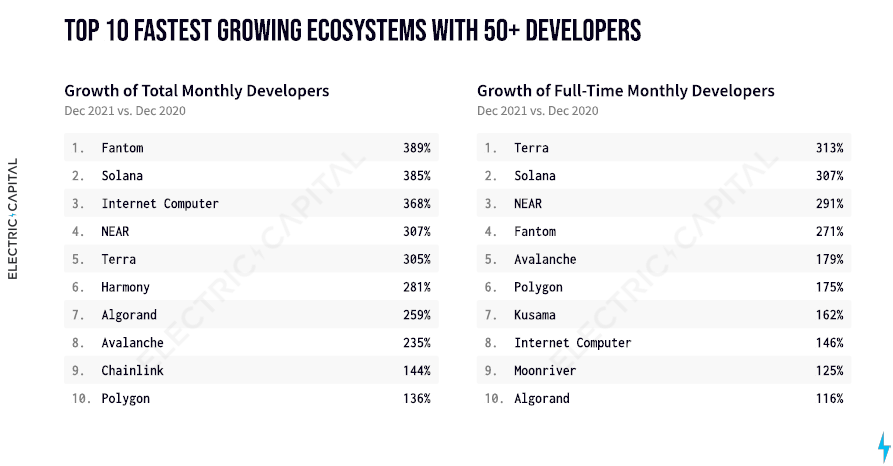 What we can see here is that Terra was on top of this ranking so far. Therefore, we can conclude that this parameter is not relevant to measure the risk.

Tokenomics of the blockchain coins

One of the weaknesses of Terra was the tokenomics of its coin LUNA: 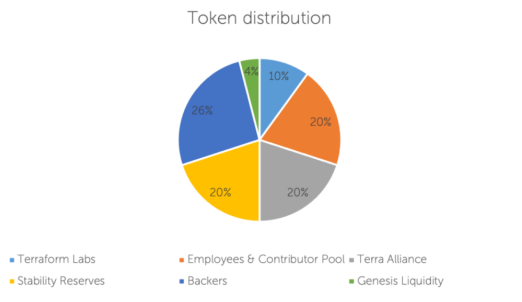 Only 4% of all the tokens were for the "Genesis liquidity", made available to the public market close to genesis, to allow everyday users to purchase and interact with LUNA. Furthermore, according to D-Core analysis:

It can be said that LUNA’s tokenomics are directly related to the popularity of UST, as the perpetual burning mechanism, combined with growing use, can only make the price of LUNA rise.

We know how it ended for UST and hence for LUNA, since they were linked to each other.

Let's look at the tokenomics of some other blockchain coins: 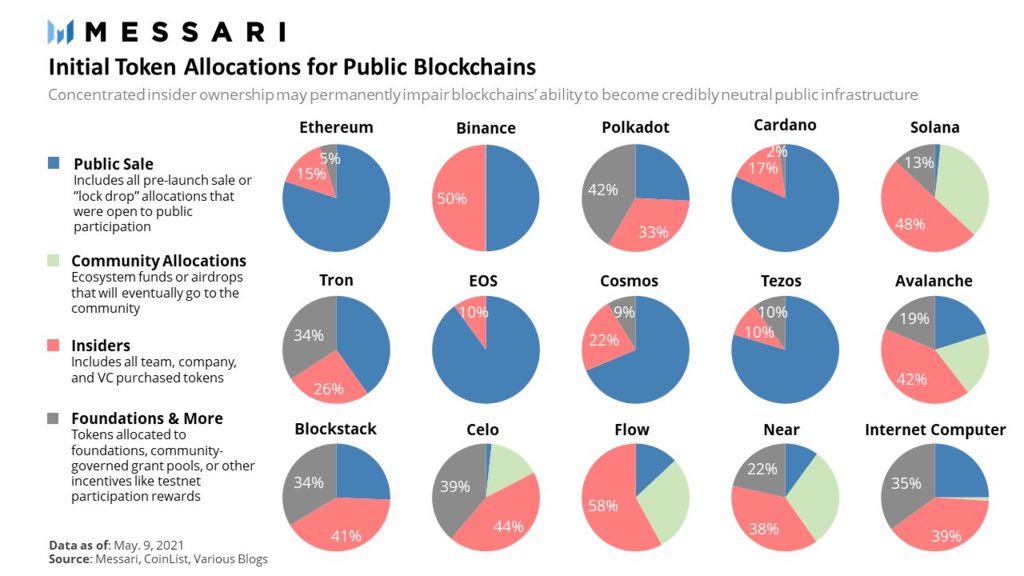 We can cleary see two categories:

Does it mean that you should not hodl the coins of newer blockchains? Not necessarily, but you should watch them more carefully. The more tokens are distributed to the community, the more stable it is, since it is owned by different groups of people having different strategies, creating a kind of balance. The more it is concentrated in a few hands, the more volatile it is, so it can rapidly pump, but it can also quickly dump. And the worst thing with these concentrated tokenomics is that a few guys can decide bad things, like it happened with Terra (LUNA).

What is the best strategy then?

It depends on the risk you want to take. If you want to earn a lot, you need to take risks, so you can invest into coins owned by a few people, which can grow fast if these few people decide to put money in it. If you want stability and slow growth rate for the long term, you'd better own community coins like Tezos (XTZ). Among all the projects listed above, the king remains Ethereum (ETH) since it is the most decentralized one, with excellent tokenomics.

Therefore, increasing the exposure to Ethereum (ETH) makes sense (and can be done on Ethereum layer-2 and/or sidechains to reduce fees), while a small portion of the assets can still be invested in other coins like AVAX, SOL, XTZ, ATOM or NEAR, which sounds promising despite risky tokenomics.

It could also be worthwhile to look at some of the projects and coins not listed there, which offer a different approach:

Below a few referral links to earn some of these coins...