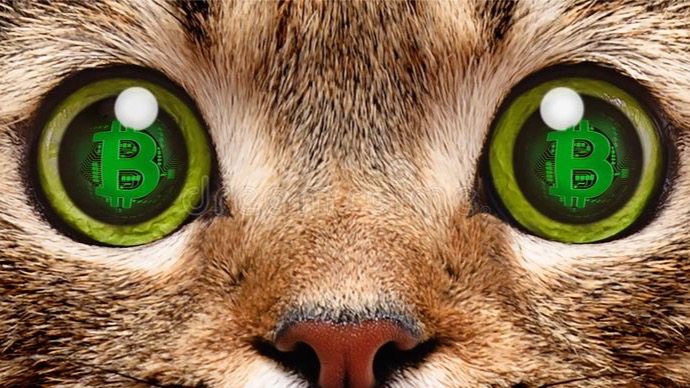 Bitcoin Cat is a coin fork based on Bitcoin Cash currently planed to be born November 15. So far it sounds like everything is very much an  experiment.

Cat sounds like Cash according to Yang and he once raised a cat and named it Satoshi. Using the word Cat in any online sense seems to be a winning idea. He noted that Dogecoin survived this far and has developed well in fierce competition because of its unique name. He mentioned that the crypto space is missing a cat coin - I thought I remembered some tiny coins with cat names but really all I can think of at the moment is Lemoncoin. The Argon2 coin "done right". (The chain still works but it's dead space.) Anyone who wants to buy a ton of Lemons should contact us immediately. You never know when it might make a comeback!

Back to the "Bitcoin Cat" --The suggested "stock ticker symbol" is BCC - which if you'll remember back in the days of olde this was Bitcoin Cash or B-Cash before they mostly decided on BCH. Or the exchanges decided. Either way, BSV is still weird despite the cool dragon logo.

If this cat experiment comes to fruition, it will initially inherit the original Bitcoin Cash blockchain from the November 15th fork of Bitcoin Cash. It is proposed that later development would charge technical advancement for a future hard fork would bring the project into its feline future. Will this ever happen? He seems to hope so.

There's a lot more talk elsewhere on the matter- look it up if you like. Meanwhile, Feel free to tip us at TrashProp.com by buying something from trashprop.com/store. We don't have any Bitcoin Cat coin in stock yet but we'll keep an eye out. If you hear about it before we do, please somebody massage us! And message us!

This initially included the word "airdrop" but has been edited to no longer include this word.

Everything is going to end eventually

Everything, everywhere is going to end eventually. This is why it is a good idea to make the best use of your time possible no matter what it is you have to do in your day to day. Make it count.