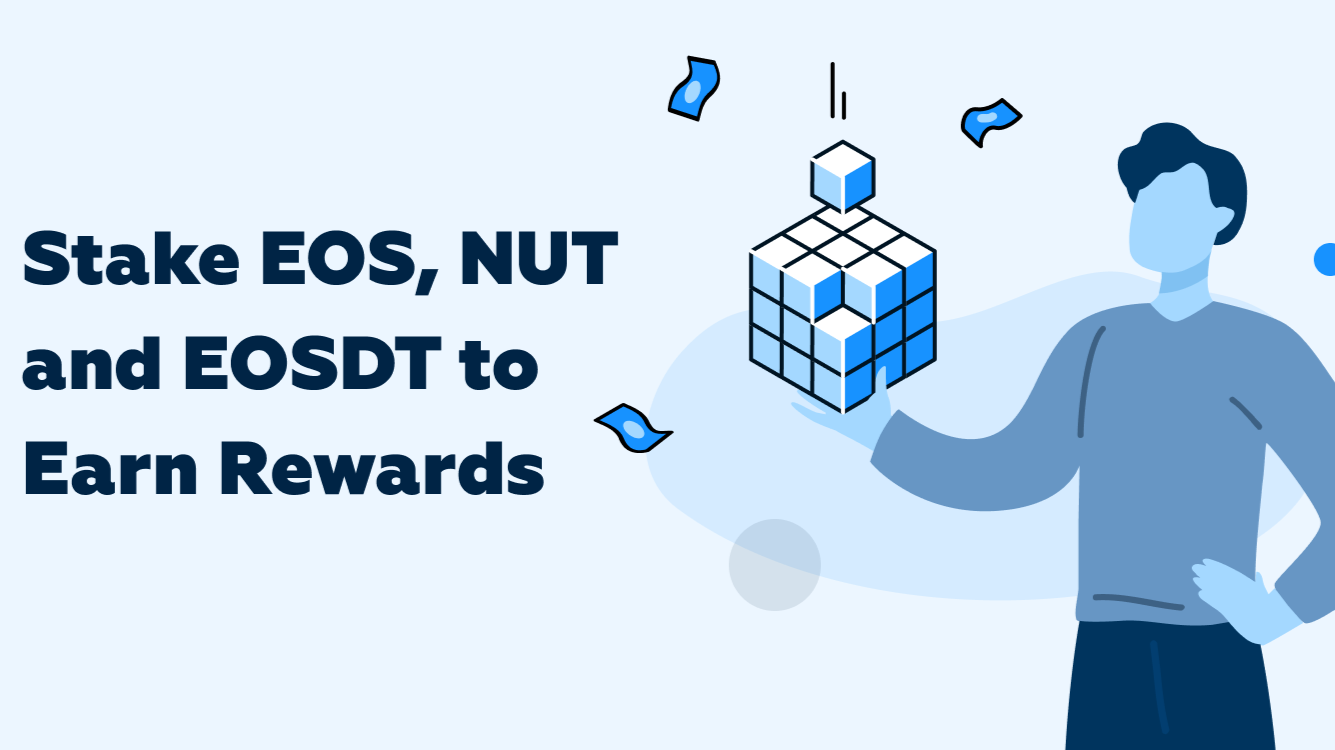 Earn Interest On Your Crypto Holdings

We are pleased to introduce a new product in our DeFi product family — the staking pool. It’s backed by smart contract technology, letting users instantly start earning predictable interest on their EOS and NUT holdings by staking them here. Importantly, users can now stake EOSDT as well. All staked assets are safely stored in our smart contracts, and stakers can securely withdraw them anytime with their private keys.

Let’s walk through an example of how interest in Equilibrium’s staking pool works. Suppose there is already 900 EOS in the system as collateral, and you stake 100 EOS. Your share represents 10% of the overall system collateral. After some time has passed, the system will earn fees from REX, generate liquidation penalties from the occasional margin call, and collect daily rewards from BPs paying their share into eosdtbpproxy. Overall the system gained 10 EOS, so your share of this total gain is 10%, or 1 EOS. When you want to withdraw your collateral, you’ll be able to retrieve 101 EOS from the contract.

Here’s another example using another asset: suppose there is 9,000 NUT in the governance contract and you stake 1,000 more. Your share of the entire NUT stake is 10%. After some time passes, additional NUT tokens accumulate on the governance contract as fees that come from EOSDT surplus auctions, EOS collateral auctions on the liquidator contract, and block producer rewards. We pay 85% of the daily BP payment vs. the usual 70–75%, and everything is distributed by the community — Equilibrium itself isn’t involved.

In total, the governance contract received an additional 100 NUT. Your share of this total gain is 10%, or 10 NUT. When you unstake your holdings, you’ll have access to 1,010 NUT from the contract.

This staking use case is a handy way for crypto users to put their assets to work and make them more productive in the real world. It will surely drive stablecoin demand, leading to increased EOSDT generation and the supply of the stablecoin growing in parallel. Those interest payments have to come from somewhere, after all.

Stake and earn with Equilibrium!