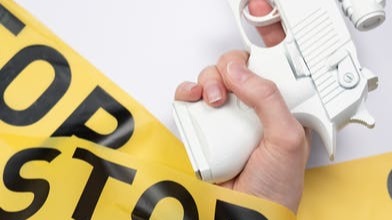 Gavrilo Princip aimed his gun at the victim. He could not afford to botch things up the way his comrade had, a few hours ago.

The victim and his wife came into view. Stupid sentimental fool! Giving up all that power and status for a mere woman. He would enjoy killing them both.

He aimed, pulled the trigger and...nothing. Nothing happened! The victim and his wife drove by unharmed. They were looking deep into each other's eyes.

"Gavrilo Princip," a deep, other-worldly voice said from behind him, "you are hereby charged with the attempt to begin World War One."

(Originally published on drablr.com in August 2014)