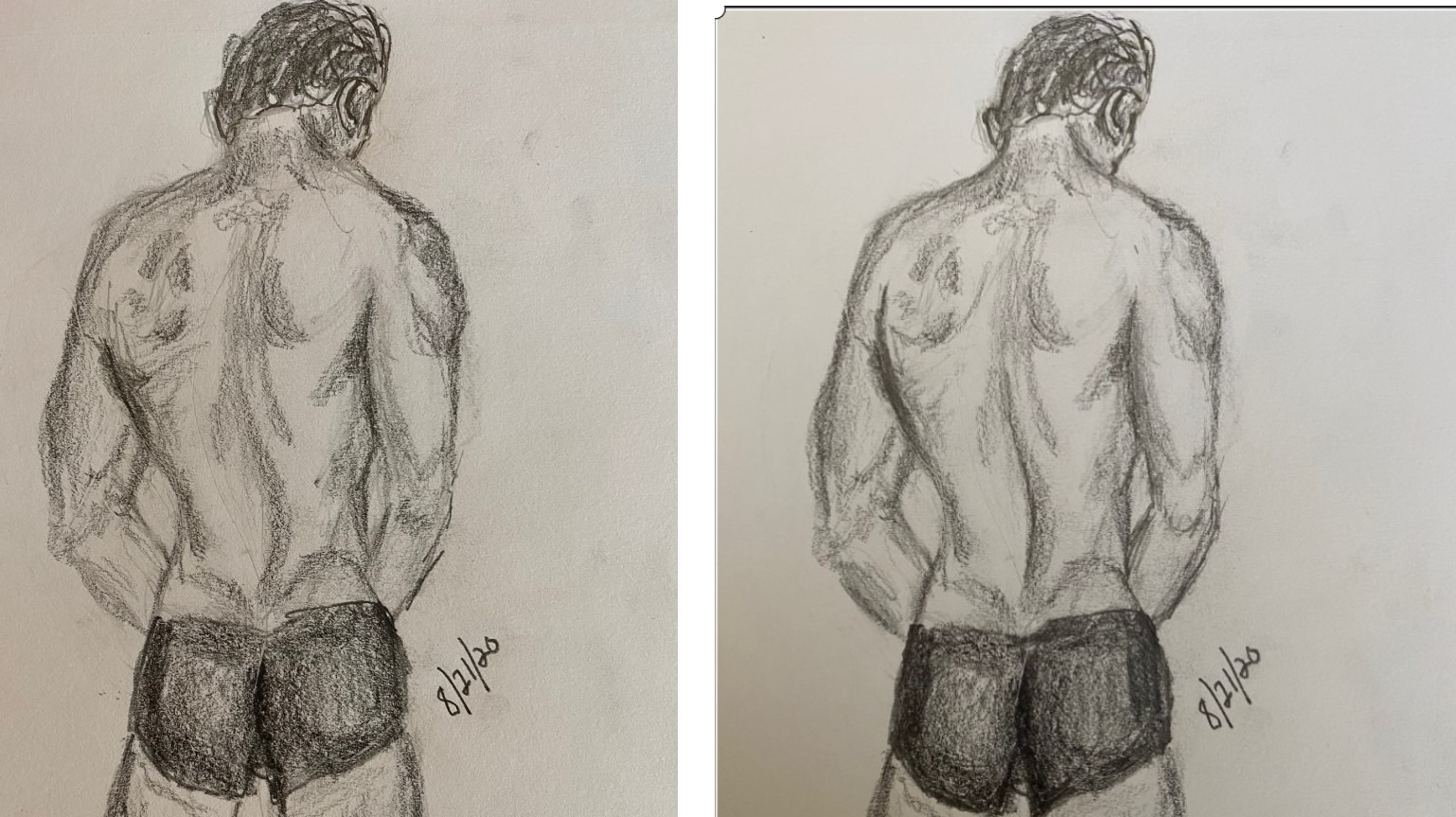 Son of Somber Swimmer (Before and After), and a Couple of Comics Reviews

This morning, to distract myself from some terrible stuff, I went back in and did some clean-up work on my last drawing. I know it shouldn't, but it surprises me every time how much difference even tiny revisions can make. Here's a side-by-side before-and-after showing what I mean: 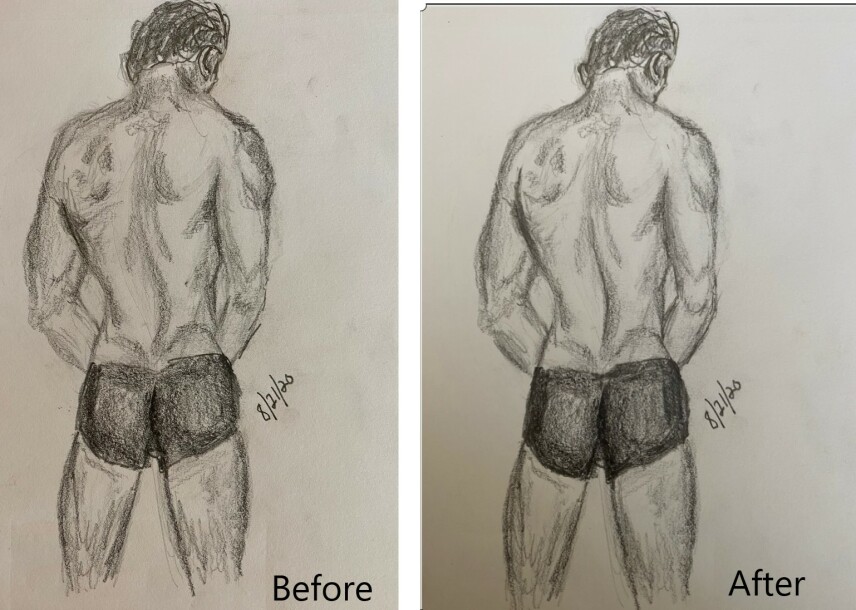 I went at his neck, right hip and arm, and left ear with an eraser, and that had already made a huge difference. Then I came back in to smooth out a few lines and shadows with the pencil. Just adding a dark line along the shadow of his lower spine makes him look much more upright. That and bringing up the line between his left arm and his upper back and just sharpening a few of the lines in his back have I think made a big difference - I didn't make his back any narrower, but he does somehow look thinner in the revised version. I also thickened his right forearm, and reworked the shading on his keister.

On the whole I am very pleased with the revisions. That said, I am about to go back in with my eraser and straighten up his right hip. I think that should be a straight line rather than the current curve.

In further effort to distract myself, I have been reading comics. A few of them I have been very very impressed by:

Edited to point out someone else's review of another comic I very much admire.