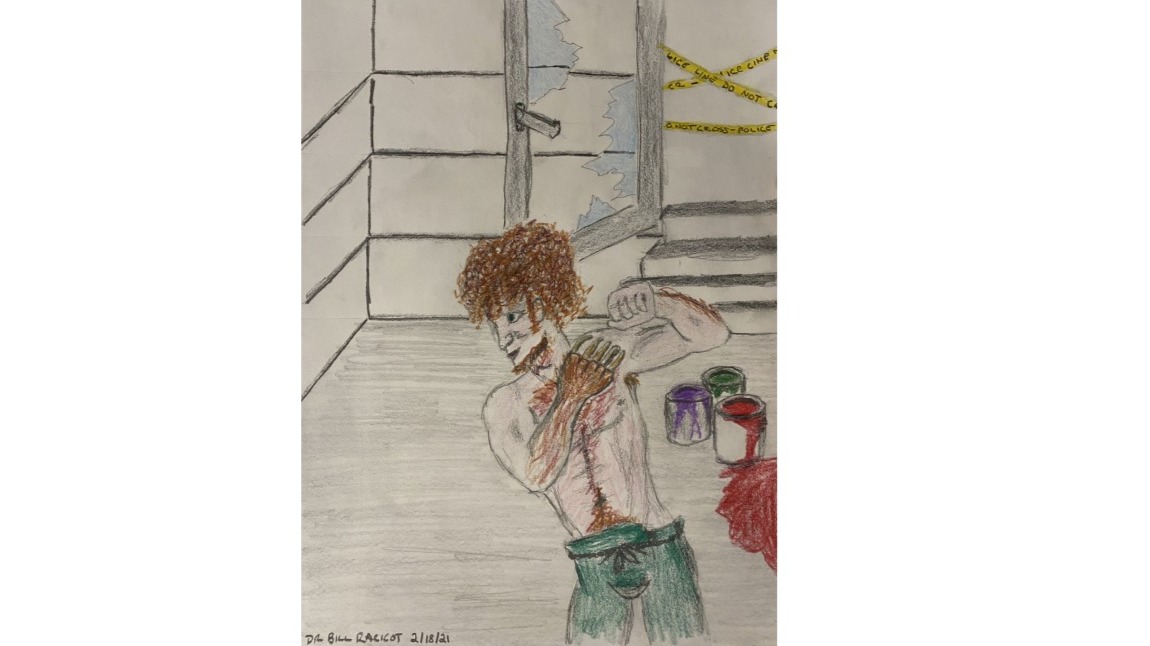 Original character for a game

I will be playing a modified game of the Amber Diceless RPG, and we got extra points to use in character generation if we were willing to make a character portrait, our own family trump, for those of you who remember your Zelazny lore. I decided my character would be a trump specialist with a little shape-shifting ability, an unknown artist who squats in an abandoned basement and maybe earns an occasional few dollars fighting in illegal ring fights. 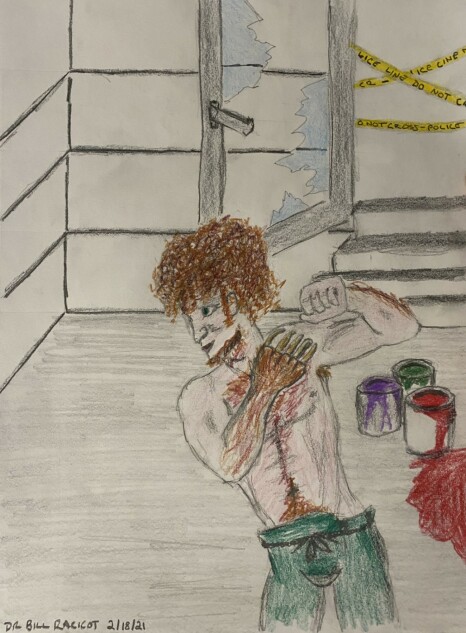 Here you can see him in a fight, beginning to shape shift himself a bear claw to gain a bit of advantage. He's pissed because someone spilled his red paint on the way in. My favorite detail is the police tape on his door haha.

It's not my very best work, but it's fun. I used  a reference photo for body position, but didn't devote a lot of attention to the things that make a portrait realistic. For example, I did only minimal shading. I feel like maybe I could start drawing a crappy comic if I wanted, and I guess that's where you start with comic drawing, so this was a good experience for me.

Here's the token I made for use on the Roll20 virtual table top, because that's how you have to play role playing games during a pandemic. 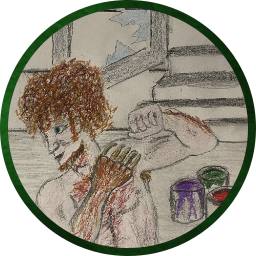 I kind of like a lot of the VTT conveniences, especially how easy it is to game with friends who live far away. But I do miss sitting around a big table eating pizza and rolling dice with friends.