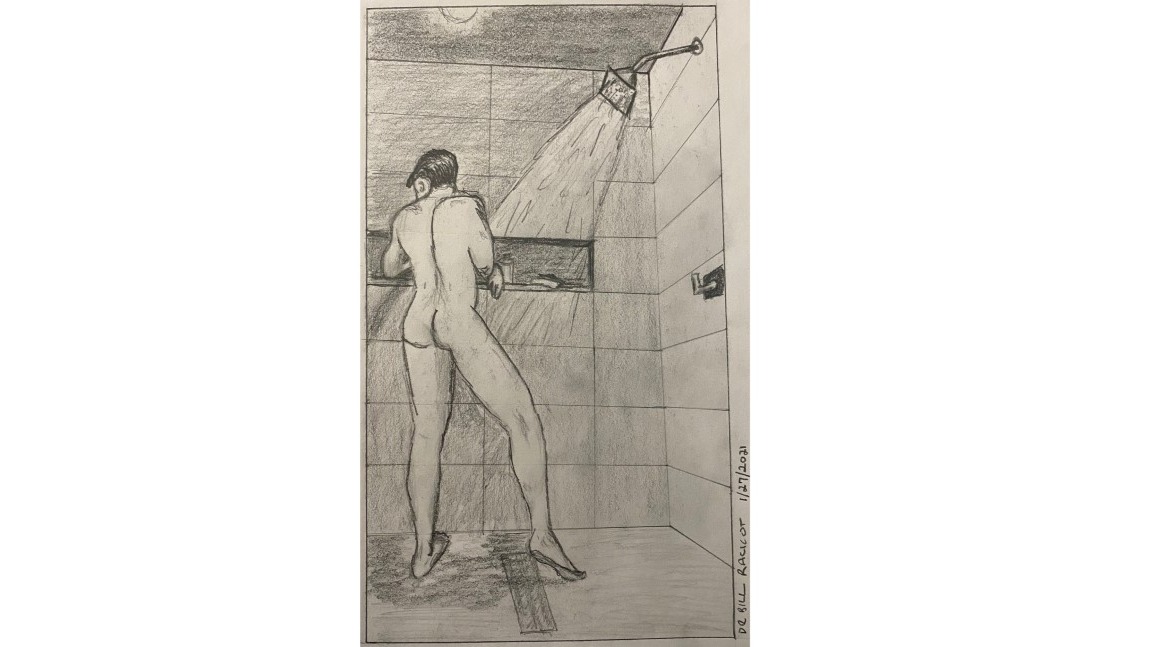 I have been away from drawing for too long, and I need to re-establish the habit of practice that I developed in October. Tonight I got a start by drawing this figure in a shower that I wish I had at my house. 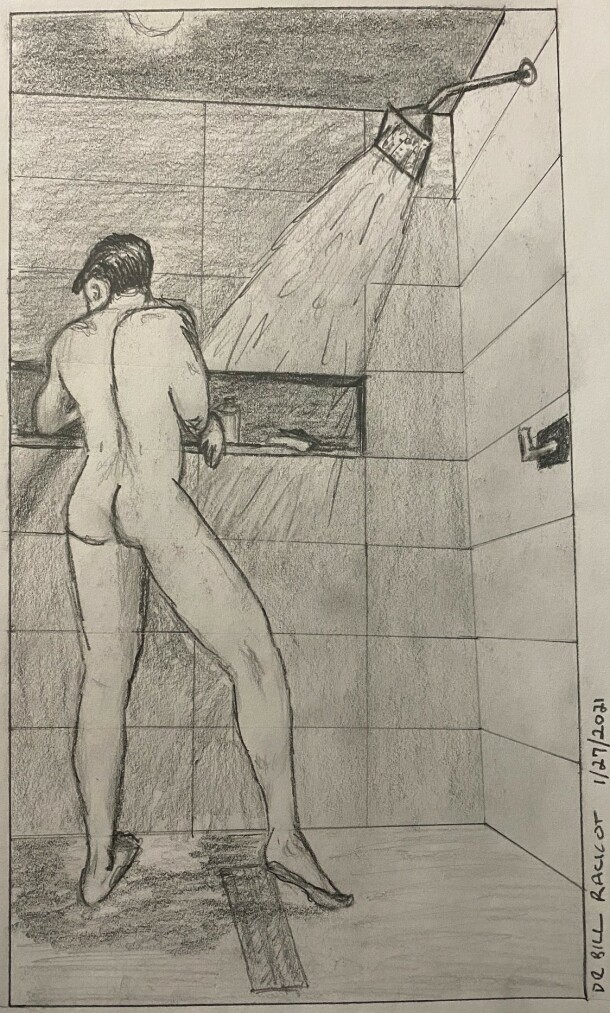 I say this every time, but just the act of seeing the drawing on the blog helps me see places I can fruitfully work on. In this case, I need to clean up the shading on the walls, particularly the lines that distinguish the back wall from the right wall. Similarly, I could have added more shading to the figure himself, but the darker the figure gets, the darker I need to make the walls to keep the values and contrast I want.

I tried a couple of things that I was a little afraid of, and I am pretty happy with how they worked out.

For example, I was not at all sure how to draw the water. In the reference photo, it is the lightest thing, and I was not sure how to draw that in a pencil, which is of course black. Ultimately, I guessed I would need to leave the area under where the water was to spray as blank to the paper as I could. So I left the water until last, and then as I was shading the back wall I made sure as many of the shading strokes were in the direction that the water would go in. Some of that dark shading smudged in to the area where the water would be, and I then added shadows by just drawing a few dark lines, allowing the area to get darker the further it got from the shower head.

Because of his facing, I decided not to be too fussy about the hands and feet, which I was also a little nervous about, but I like the energy I got from not farting around about fingers and toes.

Mostly, I am just excited to be practicing again.