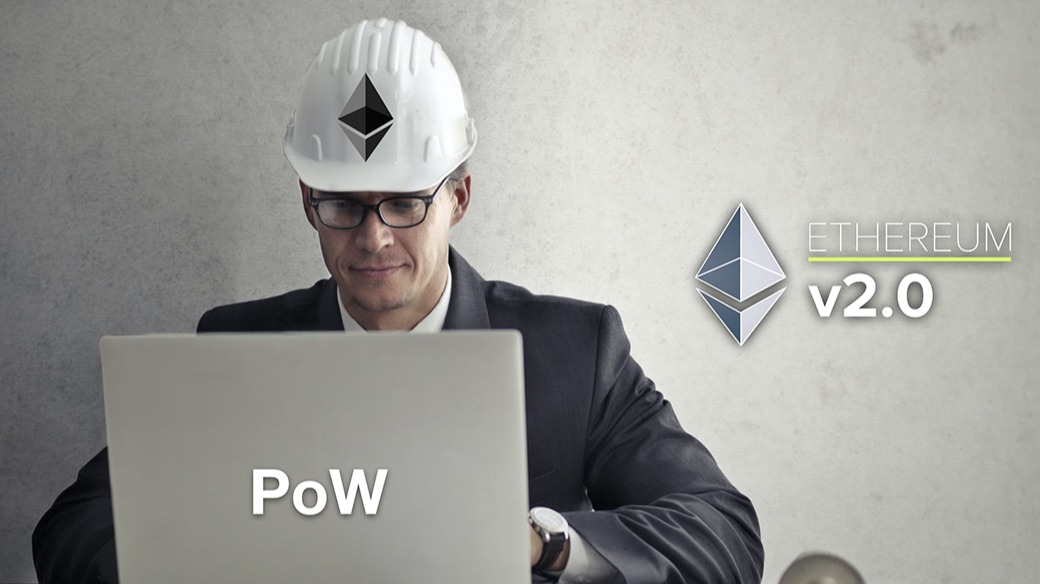 With the upcoming Ethereum merge, the blockchain is preparing the transition from PoW (Proof-of-Work) to PoS (Proof-of-Stake). The aim is to switch to a more scalable and energy efficient system, that will incentivize through staking rather than mining. This will displace Ethereum miners, who have already made investments into mining equipment (e.g. GPU rigs). If the base fee introduced in EIP-1159 was not enough to disaffect miners, the switch to PoS (i.e. staking)  probably will. The merge is part of the process to upgrade Ethereum to ETH 2.0, which will introduce not only PoS as the new consensus mechanism, but also the process of sharding to scale the network (among others).

The Ethereum community is divided on the network when the merge arrives. There is a plan from miners and PoW supporters to continue mining on a fork of the Ethereum network. In order to understand the situation, think about the loss of incentives to the miners who have been securing the network and producing blocks. When the consensus mechanism changes to PoS, they will lose their role on the network. That also means their investment into mining will be useless if the network will no longer require it. Aside from a contentious hard fork, what other options will there be for miners once ETH 2.0 becomes the standard?

In the likelihood that miners who don't comply with staking, stand to lose profits, they will have to sell off some or all of their assets. It depends on their investment in Ethereum mining. Those who have GPU rigs used in mining ETH (ether the native token of Ethereum), will have to either convert the assets to something else or if they are losing profits already, sell them. The thought of selling off those GPUs is actually not a bad idea. There is a secondary marketplace for used equipment like GPUs, and there is a demand for it among gamers. The very GPUs used for mining ETH are also the same graphics cards used by PC gamers on high-end gaming systems.

Perhaps selling GPUs will help to offset costs to recuperate some of the investment. It is not guaranteed though. That is because there may not be a demand for used GPUs. If you were the buyer and you did your research before purchasing the GPU, you would understand that cyrptocurrency mining that uses PoW absolutely pushes the performance of GPUs to its maximum. It crunches numbers in terms of hashes, and on the Ethereum network the hash rate is now measured in TH/s (Tera-Hash per second). That is trillions of hash computations per second, so buyers of used GPUs will be faced with making the decision to buy a more expensive brand new GPU or beat up used GPU from an Ethereum miner. Miners can still sell them in good condition, depending on the time it was purchased and put into service. Otherwise, if the GPU is more than 3 years old, I wouldn't expect anyone serious about the condition of the GPU, buying one.

There is still a market for it, I would expect. This is coming from low-budget gamers who just need a cheap GPU. They can use the GPU on another setup, and they are probably aware of the conditions since it has been used. If it breaks sooner than later, it should be expected because it has already gone through plenty of abuse from mining. Another potential market are developers and other cryptocurrency miners. Developers can purchase the GPUs and repurpose it for other applications that can make use of GPU computing power like in machine learning (i.e. AI). Cryptocurrency miners of coins that still use PoW will also want to have access to cheaper GPUs to expand their rig operations. Ethereum Classic miners would probably benefit from this transition. Video editors  and post-production professionals will probably also want to purchase cheap GPUs that miners can provide.

Earn From Your Existing GPU

There are emerging services that require  online compute resources, like GPU, for producing digital content. There are some cryptocurrency projects that reward users to provide compute resources for processing online media. An example is Livepeer, an online network infrastructure for streaming video. Users can become video miners and help transcode video using their existing GPU. Livepeer routes tasks to a user's GPU and they can also help secure the network through mining the LPT native token.

Other services will reward a user for GPU compute tasks, that includes Bitcoin mining. If a miner wants to continue using their Ethereum mining rigs then this is an option that will still allow them to earn. NiceHash is one example that makes use of a user's GPU (AMD or Nvidia) for cryptocurrency mining tasks. There is no telling how much a user can earn, but there is profitability calculator available from their website.

Switch To Other PoW Coin

Speaking of Ethereum Classic, it would now appear more likely that rather than sell off their investment in mining, Ethereum miners will take the opportunity to switch to that blockchain. The GPUs are already there, so it is just a matter of switching to the Ethereum Classic blockchain. This can keep existing GPU rigs in operation, so in that situation it does not require the hassles of dismantling everything and go through the process of selling it. There are still existing PoW coins that use GPU miners. Examples of these coins include Dogecoin. Ethereum miners have the chance to put their GPU rigs into mining other cryptocurrency and continue to make a profit.

The truth is that according to protocol, when Ethereum switches to PoS it does not immediately end PoW mining. The two consensus mechanisms will exist together in the start of ETH 2.0. The Etherreum network will then activate the so called "Ice Age" to create a difficulty bomb to make mining harder than staking. The difficulty will further increase to the point where mining becomes impossible on the network. This is the grace period that has been proposed to handle the transition for miners into staking. It seems like the expectation is that all miners will eventually shift to staking, but that is not the case.

Staking requires no special equipment and setup. It requires locking an amount of 32 ETH into a staking contract on the Ethereum blockchain. That makes a staker a validator on the network, and they will now receive the incentives for validating blocks that was the main reward for miners. That replaces block rewards for discovering a block to staking rewards for validating a block. Miners who already have ETH can stake and become validators on the network. That is if they have 32 ETH available. Some miners may not have that many ETH and will still have to sell off some equipment to be able to do that. Nonetheless, planning an exit strategy during this transition period allows miners to continue operation with time to cut losses and prepare for the next step.

Miners do have options on what they can do after ETH 2.0. While a hard fork allows miners to remain on the network, the question is will they still be profitable? If most developers and holders of ETH will support ETH 2.0, what incentives will there be to mining on a hard fork of the Ethereum network? There might be more certainty in moving to another PoW coin with existing mining rigs, since there are still demand for mining on those networks. Other avenues for miners are providing GPU compute for AI, video transcoding and even for cloud gaming.

When it comes down to cryptoeconomics, miners who remain profitable will be the last to exit. Even if they join the fork or mine another PoW coin. What is important is that their investment is making returns and offsetting costs. If things don't work out, then it is a matter of what to do with the mining equipment. Unfortunately, some miners who got in later than others may have not yet reached a break-even point. They are the ones who will suffer the most, but even if they can continue to mine until the difficulty prevents any more mining, they still have a chance to earn ETH rewards.

Disclaimer: This is not financial advice. All content provided is for educational purposes only. Always DYOR to verify information.