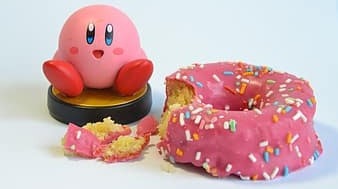 Strategies For Dealing With Sugar Cravings

If you’ve just found out that you’re suffering from diabetes and now you need to really watch your blood sugar level, one thing you may suffer from is serious sugar withdrawal as you cut out the foods that you used to enjoy.

This is normal and natural. You used to eat those foods and really enjoyed them, and now they have suddenly been removed.

The fact is, though, you can’t keep giving in to these cravings or it will continue to negatively impact your blood sugar and make it harder and harder to control your condition. Finding a way to deal with the cravings becomes a necessity.

Here are a few quick strategies for helping you better manage them.

Fruit is Mother Nature’s candy. While it does still contain sugar, it also contains fiber, which will help to keep your blood sugar levels more regulated. While it’s not often recommended that those with diabetes eat fruit on its own, if you eat it with some type of healthy fat or protein, you shouldn’t notice too great an impact on your blood sugar level.

For many, just one piece of fruit per day can really help control your sugar cravings, thus allowing you to sidestep eating something that’s potentially a lot more damaging to your health.

Another option is to try cinnamon. Cinnamon is a spice that can be sprinkled on top of foods and adds a natural level of sweetness that many people enjoy. Sadly, many think that cinnamon should only be used on foods that also have added sugar

Start experimenting and try using cinnamon on other foods as well. Whether it’s as a marinade or added into a sauce, you can use cinnamon in more ways that you might think.

Staying hydrated is also key if you hope to manage your sugar cravings. Many people get dehydrated during the day, and this can result in lower-than-normal energy levels. This can cause people to think that they need some sugar to give them the boost they need.

It’s not necessarily that you are mistaking thirst for hunger like you may have heard, but it’s more that the consequence of being thirsty could lead to an increase in sugar cravings because you feel tired.

By drinking your eight to ten glasses of water each day without fail, you can help avoid this. Carry a water bottle around with you wherever you go to make things easier.

If you still struggle to get the water in, try adding a few slices of lemon or lime to the water to add a nice refreshing flavor.

It’s also important to start eating more regularly if you want to control your blood sugar and sugar cravings. When you go for long periods without food, your blood glucose will drop and this typically triggers a craving for sugar. If you aren’t all that hungry, it’s much easier to keep your cravings under control. Even if you do experience them, you’ll be more able to say ‘no’ as needed.

If you are letting yourself get really hungry, chances are you will give in, and when you do, you’ll really give in by eating far more than you should.

Finally, you’ll want to try some new foods. Boredom is also something that drives many people to eat when they shouldn’t. If you feel like you’re just eating the same thing over and over again, make some changes. Boredom is likely to lead to a desire to eat more sugar than you need.

We crave excitement in our diet. When we aren’t getting it, eventually cravings strike and we may eat the foods we shouldn’t be eating. So, bring on the excitement before that happens.

If you keep these tips in mind, you should have no problem controlling your sugar cravings and keeping your food intake in check. It does take some work on your part. If you are willing to put in that effort, it will really pay off.

This blog in to inform you on Diabetes