Between those that I could test, Steem Monsters or Splinterlands, is certainly one of the most varied and well-made DApp dedicated to Crypto games that can be found around the web. Very well made and simple enough to understand even for a novice.

A card game with monsters, as suggested by one of his two names, very similar about dynamics to the really famous and already historic Magic the gathering, that allows you to collect cards, which have a real value in money, to exchange, them, lend and rent it, as well as being able to challenge the other game players. 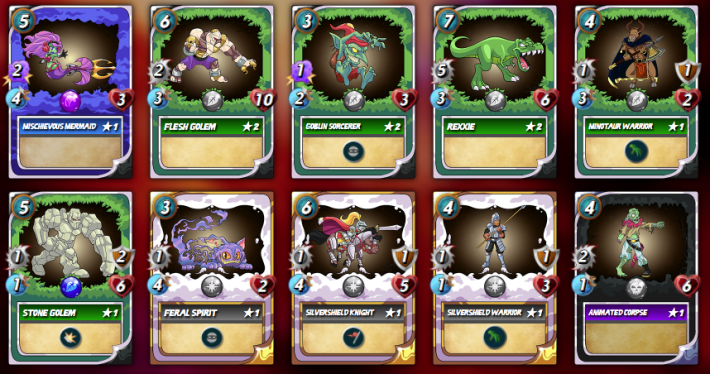 There are a lot of features implemented so far, the game is constantly evolving. The challenges between players are in One vs One style, you can make friendly matches by giving away a prize decided by you or challenge other players trying to climb rankings, or even participate in the numerous tournaments taking place every day.

The DEC, Dark Energy Crystals, are the internal game tokens, that can be earned by winning single games and participating in tournaments, with which it is possible to purchase various useful objects to enhance creatures and receive rewards. Tokens can be purchased and sold on Steem-engine, a trading platform on which you can find different tokens, always related to the Steemit platform.

To be able to take part in daily challenges, you must have an initial starter pack, that you can buy directly on the site or win by participating in contest organized by Steemit users or by the game staff, these and other packages, or more simply individual cards, they can also be given away as gift. 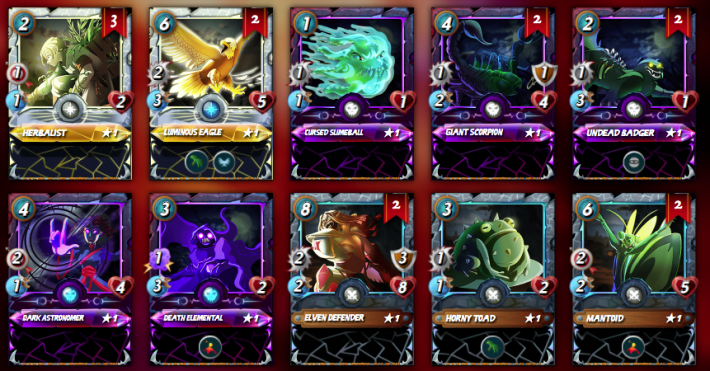 If you are not interested in buying anything you can only play to have fun and test the game. When creating an account, by default there are some cards included in your deck, which will not actually be in your possession and you will not be able to sell, send or rent, you will simply borrow it from the game. This is very useful for those who have desire to understand and experiment with the dynamics before making the decisive purchasing step. The available cards are an increasingly large amount, they are divided into different colors and editions. 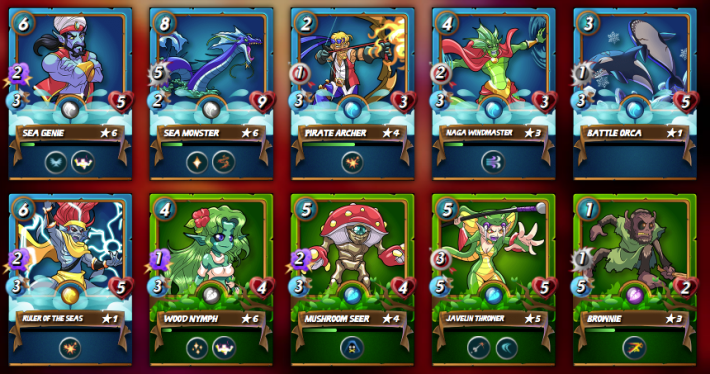 For those who like to play in groups there are also guilds, until now the more you contribute with donations of tokens and victories in battles the greater is the growth of the same, in the future it has been announced that it will be possible to challenge each other against guilds. Thanks to the games victories or the DEC donation the discounts available in the store will increase. Store that is well stocked and offers many options to the gamers, improving their gaming experience. 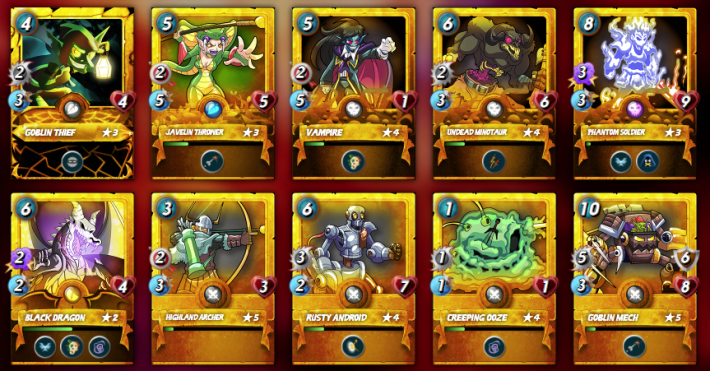 There is a site related to the same game, called Peakmonsters.com, a platform with several options where you can manage your cards, here you can sell, rent and upgrade them and it offers many other features.

By paying, it is possible to buy and upgrade cards, as well as being able to buy potions and anything else with different Cryptocurrencies. In addition to STEEM it is possible to make payments in Bitcoin, Litecoin, Ethereum, Binance Coin, KuCoin Shares, Tron or simply with PayPal.

The graphics are very well cared for, colorful and creative, each card has a unique style and design, it does not weigh at all from the point of view of graphics and playability, even with a connection that is not too fast.

The gameplay is very simple and consequently its difficulty is very low, knowing the basics of other games with similar dynamics you learn very quickly, if you have no experience in this regard are present all the information and useful instructions on the same official website.

The fun of playing with it can reach very high experiences, sometimes it can be a bit frustrating because you might fight with opponents that are too strong compared to the league you are in, but over time this factor it's decreasing with the implementation of continuous improvements.

This game also has the peculiarity of having two different names, on one side Steem Monster, the original one, which refers to the platform on which it was born, on the other the Splinterlands rebrand, due to a partnership with Sesameseed that brought the game in TRON community.

The funds raised by this partnership were used to create a website, interacting with TRON Blockchain software and its wallet. The site has therefore been renamed as Splinterlands and over time it will abandon its old name.

Also present an affiliation system, which will allow you to receive 5% lifetime on purchases made by those who have used your link to sign up on first access.

I created and published a video on YouTube, showing the gaming experience, you will also find many information from this article and and see gameplay and other site features. Enjoy watching!

Thanks for watching and reading, a big hug and see you soon! 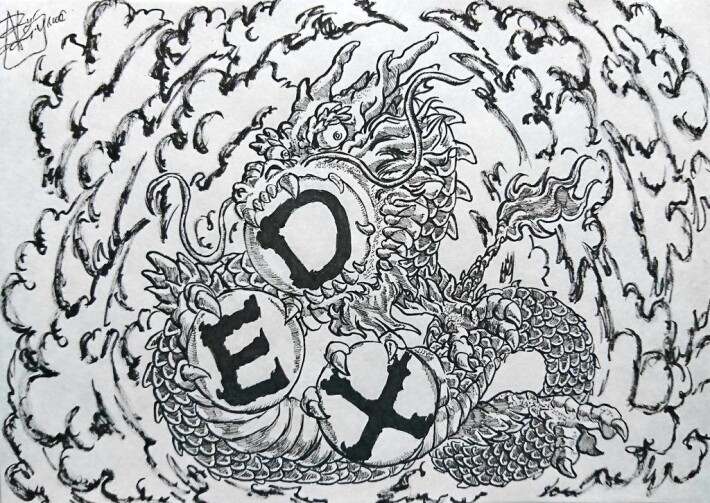