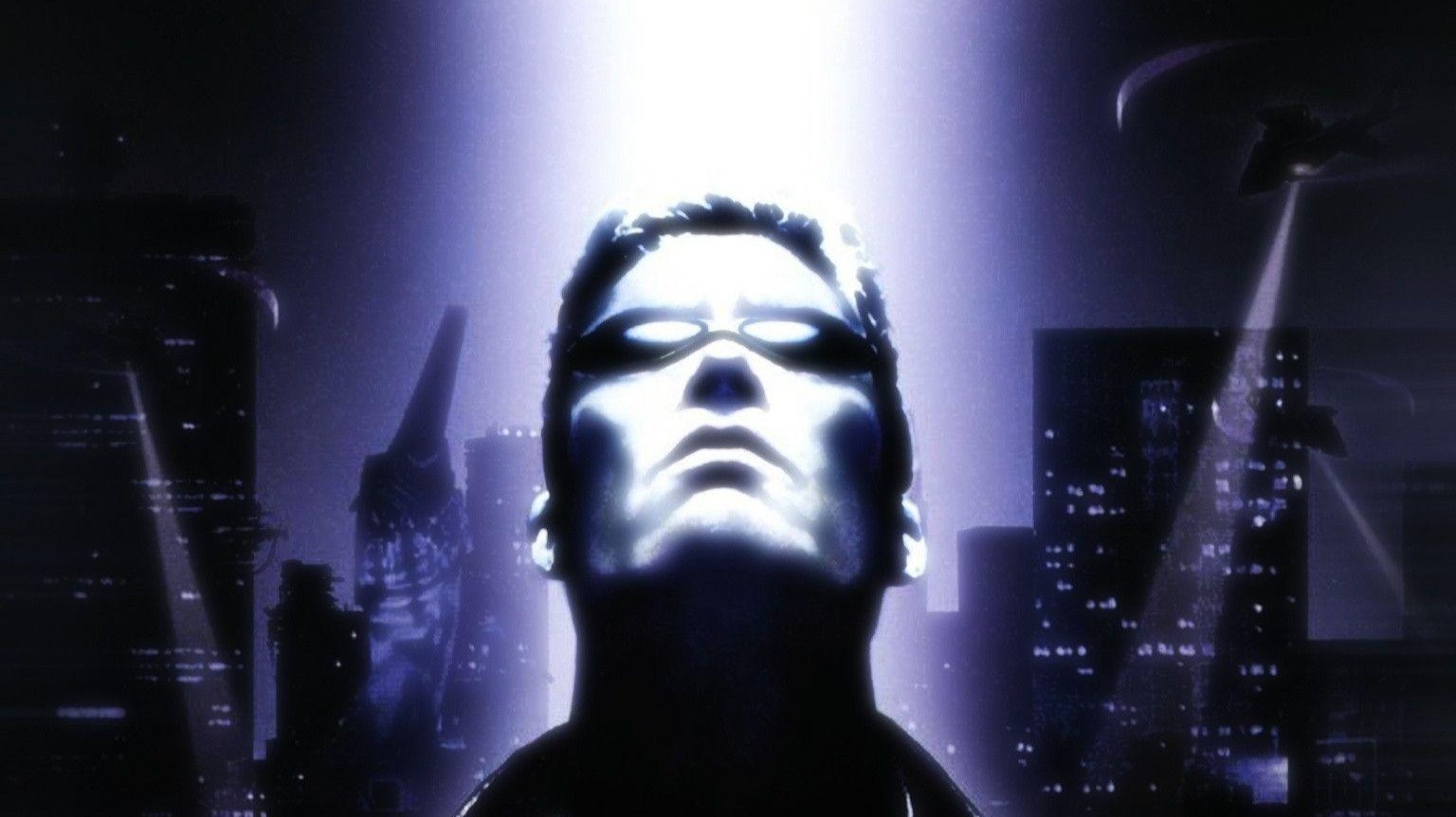 You have come to stop power-mad billionaire Bob Page from taking over the world. The decision of who should be in charge instead is yours, and it is clear that the last one you make in the game is also one of the hardest.

The decision: Which future did you pick?

The first option: New Dark Age (Cut off coolant to the reactors and activate them to full power to finish the job. Blowing out the underground communication hub will plunge the world into another dark age — but also with the hope of ending the tyranny).

The second option: Join the Illuminati (Kill Page and clear the way for the former Illuminati leaders to restore an age-old secret government. Rule the world with compassion and an invisible hand alongside Morgan Everett).

The third option: Merge with Helios (Deactivate the up-link locks on the Aquinas router, thus allowing Helios to exchange information with your augmentations. Together with Helios, administrate the world with absolute knowledge and reason).

Judging by numerous DX players choices and my own stand, it appears that the Dark Age idea is definitely not the best one BUT the good one. Sorry for all the PC magazines and websites but here is the blatant reason: Liberty turns back to the ordinary people.

Many of us are well aware that this is a quite drastic point and that an awful amount of negative effects will pop up instantly. For instance, a lack of communication may lead to rubbish education and there will probably be small-scale wars. We might also object that this is just throwing away millions of lives back to complete chaos and prehistoric standards. Erasing the past decades of liberalization and taking thousands of years to start again would be worth it? Not to mention that the Earth would greatly suffer from the fallout's of the Area 51 collapse and the cumulative effects of the Grey death. At least, ruling the world in secret hand in hand with the Illuminati or uniting with an IA program are both fast solutions to avoid ruins and restore new capable powers in charge of the World.

Yet i persisted. I decided to place my faith in Tracer Tong and ushered in a return to the era of no global communications and limited government. So making sure to cut the coolant flow of the reactor initiated a meltdown of the two antimatter reactors in Sector 3. Bob Page ranted that you are insane doing so because you wanted to blow the place up AND Helios protested as well when you pressed the flush system switch. The IA argued that JC had to stay away from the coolant controls. And icing on the cake, Morgan Everett implored you to go back as you exited Sector 4. How ironic, all of them agreed to protect the facility but just for themselves.

Following the signs to the reactor lab, Tong instructed JC to activate the fail-safe switch at the bottom of each reactor. A perilous mission in a radioactive area patrolled by Grays. Achieving it, you had to proceed to the control room where Bob Page and a mechanic operator warned the agent that going to full power will destroy the facility. Pressing the first 2 control buttons and the mechanic started firing to prevent you from carrying out the destruction. As you didn’t want to knock him unconscious because, like the sailors on the Wall Cloud, he had to be able to escape the impending disaster, you chose to spare his life.

So I pressed the Engage button to trigger the end game.

A cut-scene plays of chaos in the facility while you ran to escape the devastation. In the meantime, Helios gave Page the bad news — it’s about to hit the fan, and Helios’ systems are no longer connected to the fan. Nice shorts, Bob — you’re going to die in them, much like in the Illuminati ending, although he survives in the Helios ending.

When the countdown reached zero, JC was safely outside the facility. But still underground and in danger. The cut-scene closed with the invisible hand sculpture and a quote from Kahlil Gibran.

“YESTERDAY WE OBEYED KINGS AND BENT OUR NECKS BEFORE EMPERORS. BUT TODAY WE KNEEL ONLY TO TRUTH…”

I believe limited government is one lasting solution to invigorate democracy and this assertion is also highlighted in a newspaper written by Thomas Paine appearing in Deus Ex. Uncovered in Paul’s apartment, it was first a pamphlet on Common Sense, published on January 10, 1776, during the American Revolution. Here is the English-American political activist text:

“…SOME writers have so confounded society with government, as to leave little or no distinction between them; whereas they are not only different, but have different origins. Society is produced by our wants, and government by wickedness; the former promotes our happiness positively by uniting our affections, the latter negatively by restraining our vices. The one encourages intercourse, the other creates distinctions. The first is a patron, the last a punisher.

Society in every state is a blessing, but government even in its best state is but a necessary evil; in its worst state an intolerable one; for when we suffer, or are exposed to the same miseries by a government, which we might expect in a country without government, our calamity is heightened by reflecting that we furnish the means by which we suffer. Government, like dress, is the badge of lost innocence; the palaces of kings are built on the ruins of the bowers of paradise. For were the impulses of conscience clear, uniform, and irresistibly obeyed, man would need no other lawgiver; but that not being the case, he finds it necessary to surrender up a part of his property to furnish means for the protection of the rest; and this he is induced to do by the same prudence which in every other case advises him out of two evils to choose the least…”

Thomas Paine has a claim to the title The Father of the American Revolution because of Common Sense which offered a solution for Americans disgusted with British colonies and alarmed at the threat of tyranny. Paine’s great contribution to the American Revolution was in initiating a public debate about independence which had previously been rather muted. He employed rhetoric as a means to arouse resentment of the Crown. To achieve these ends, he pioneered a style of political writing suited to the democratic society he envisioned, with Common Sense serving as a primary example.

Part of Paine’s work was to render complex ideas intelligible to average readers of the day, with clear, concise writing unlike the formal, learned style favored by many of Paine’s contemporaries. Scholars have put forward various explanations to account for its success, including the historic moment, Paine’s easy-to-understand style, his democratic ethos, and his use of psychology and ideology.

According to historian Robert Middlekauff, Common Sense became immensely popular mainly because Paine appealed to widespread convictions. Monarchy, he said, was preposterous, and it had a heathenish origin. It was an institution of the devil. Paine pointed to the Old Testament, where almost all kings had seduced the Israelites to worship idols instead of God. Paine also denounced aristocracy, which together with monarchy were “two ancient tyrannies”.

They violated the laws of nature, human reason, and the “universal order of things”, which began with God. That was, Middlekauff says, exactly what most Americans wanted to hear. He calls the Revolutionary generation “the children of the twice-born”, because in their childhood they had experienced the Great Awakening, which, for the first time, had tied Americans together, transcending denominational and ethnic boundaries and giving them a sense of patriotism.

In late 1776, Paine published The American Crisis pamphlet series to inspire the Americans in their battles against the British army.

“These are the times that try men’s souls: The summer soldier and the sunshine patriot will, in this crisis, shrink from the service of their country; but he that stands it now, deserves the love and thanks of man and woman. Tyranny, like Hell, is not easily conquered; yet we have this consolation with us, that the harder the conflict, the more glorious the triumph. What we obtain too cheap, we esteem too lightly: it is dearness only that gives every thing its value. Heaven knows how to put a proper price upon its goods; and it would be strange indeed if so celestial an article as freedom should not be highly rated.”