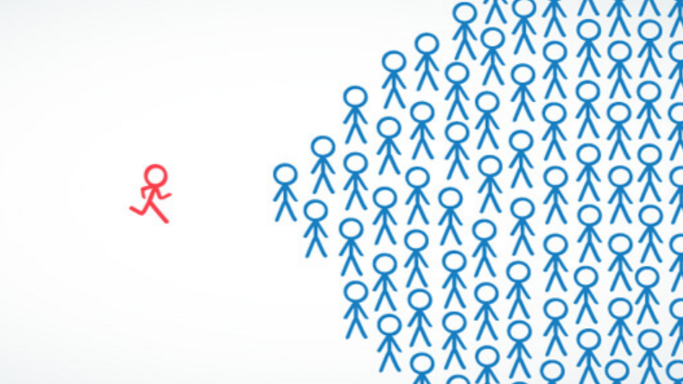 a study of FOMO — Stuart

FOMO is understood by any trader that’s been in the game for some time. It’s a very dangerous feeling to have. It’s a scary feeling, and it can lead to making some pretty irrational decisions.

The best thing you can do to protect yourself from FOMO is to develop a game plan for when it happens. This means that you stick to your plan even when the fear starts to kick in. That’s a lot easier said than done, but you have to force yourself to stick with it. You can do this by taking a few deep breaths, calm down, and remind yourself that you’re in control of your actions.

The point of all this is that if you’re going to stick to your plan, you need to have a plan in place. The best way to do that is to regularly look at the market and figure out what your plan will be in certain situations. For example, if the S&P 500 pulls back 5% in a day, what will you do? If the market starts to trend back up, what will you do? You should have a game plan for these events and several others. The best thing you can do is to start writing out your game plan and stick to it. You may make some mistakes along the way, but you’ll learn from them and that will help you to make better decisions in the future.

FOMO, otherwise known as Fear Of Missing Out

is an extremely widespread phenomenon which has been documented for centuries. In the past, when the population was smaller, when our numbers were more manageable, it made sense for our ancestors to be wary of missing out on what others were doing — of getting left behind, becoming a target. It made sense for our ancestors to be socially conscious and aware of their surroundings. Today, when the population is so much larger than it once was, the fear of missing out is much less rational. Yet many people still experience it.

Even those who have become aware of its illogical nature still feel it. They’re aware of how foolish they are being — yet they can’t stop themselves from feeling it.

How to Combat FOMO

Don’t panic — If you see a 9% drop in an index that you own, don’t panic. It’s likely that you aren’t going to see a huge loss if you have a long-term outlook. Panicking will only lead to poor decision-making.

Look at the bigger picture — Sometimes it’s easy to get caught up in what’s going on in the market. You may be worried about a dip in the market, but if you take a step back, you’ll realize that the bigger picture is much better. If you’re able to take the time to take this step back, you’ll be able to see things more clearly and make better decisions.

Have a plan — Having a game plan is vital. Write down a game plan for all different kinds of market scenarios and stick to it. Anytime you start to FOMO, you can pull out your game plan and use it.

Don’t chase — It’s very easy to chase performance and think that you’re missing out on a big opportunity by not buying or selling something at a certain price. It’s important that you don’t make rash decisions based on performance. Instead, you should stick to your plan and think long-term.

Ensure that you develop a strategy that will keep you from panicking when the market dips. When you’re able to do that, you’ll be able to avoid making irrational decisions that may lead to poor performance.

FOMO is closely related to the psychological concept of social comparison, which is the tendency to evaluate one’s own situation by comparing it to others. It is commonly said that people who have FOMO are often very active on various social media platforms, constantly comparing their own lives to the lives of their peers as presented through the filter of Facebook and Instagram. A review conducted by the media psychology division of the American Psychological Association found that the “FOMO phenomenon” is associated with negative mental health effects. The review found a link between fear of missing out and negative mental health. A study conducted by the University of Chicago found that people who suffer from anxiety, depression, and loneliness are more likely to experience FOMO. A study from the University of California, San Diego found that social media usage is linked to higher levels of FOMO. Celebrities have expressed that they suffer from FOMO. Some have said that they have become more conscious and take more control of their social media presence in order to avoid FOMO.

As you can see, FOMO is a large part of the trading game and it can be used for a trader’s advantage. Instead of being afraid of missing out, look to seize the opportunity. This may all seem a little overwhelming, but it is actually very simple. You only have to look to take advantage of your emotions and put it to use for you. Emotions are what drive the market and we are not only human, but we are also emotional. So don’t get rid of your emotions, embrace them and your trading will become much smoother and more profitable. FOMO is one of the biggest emotions and it can be used to your advantage.

Have you experienced FOMO? If so with what?