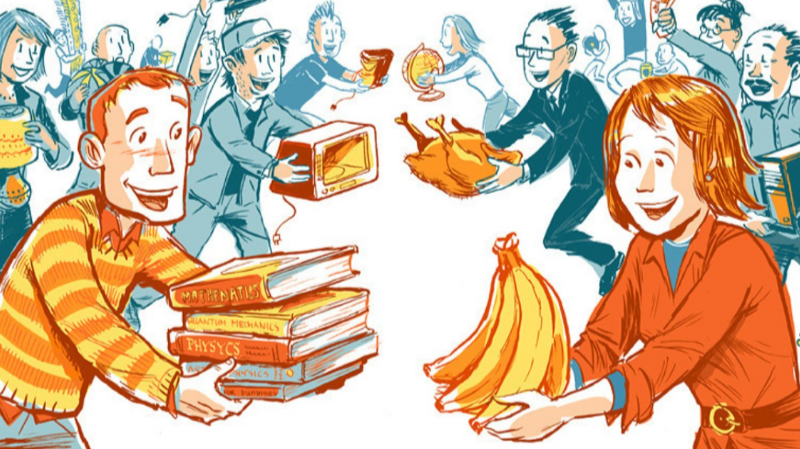 analysis of the historic process of value transfer — Stuart Barter was made possible by advances that made carrying, storing, and trading goods much easier.

The development of money was a significant part of this process. While there is no clear origin of money, in small communities of Mesopotamia the first forms of money were trust-based. Scriven, for example, uses the example of paper notes issued in the late 1600s. Although the notes were not backed by anything other than the word of the bank, it was the first time a form of money allowed the development of the modern capitalist system.

Ultimately money is a medium of exchange. In its earliest form, it fulfills the purpose of a low-cost alternative to trading goods. Later, it was used as a way of storing wealth. In modern times, the most common form of money is tied to a government’s control oversupply and its value is based on the strength of the government. In all cases, money serves as a trusted medium of exchange. In the case of trust-based money, it is a question of providing a system of checks and balances. On the other hand, in the case of government-backed money, it is a matter of ensuring that there is a sufficient level of trust and confidence in the system.

A variety of forms

Money has taken many different forms in history. If your history is more recent, you might be more familiar with hard currency. These are the coins and bills that are in a currency that is widely used in a country. However, that is only one of many kinds of money. In fact, if you stretch back in history, the money that was most widely used was hard currency. One example was the ancient kingdom of Lydia in Turkey. The reason that there are so many kinds of money is that each type of money serves a different purpose. Each system improves over the previous one. The development of money is interesting.

Bartering was the first form of trade in history. It was the most efficient system for self-sufficient communities and was the only way that these ancient civilizations could trade. As soon as the trading parties came in contact with one another, the trading was conducted according to the local currency. This was the earliest form of money. Since it was a trading system that was developed within a community, the currency was based on a system of trust. The currency was controlled and backed by the community, and the community agreed to use it.

From bartering to coins

During the period when ancient civilizations were transitioning from bartering to coins, there was no effective way of recording the currency or the transactions. These were the first steps that led to the development of banknotes. The ancient Greeks and Romans are considered to be the first to come up with coins. The coins were struck in specific amounts and given specific names. This made it easy for anyone who needed to use the coins to know how much they were worth. This was the next step in the development of money and currency.

Different countries and empires found it easier to use gold or silver coins. This was especially true when the currencies were also tied to the weight of the metal. Coins had weights that were based on the precious metal that was used to make them. However, the weights were not always accurate. For example, during the Middle Ages, there were many different currencies in England. The coins were made using different amounts of precious metals, and they were not always of equal value.

The first real use of paper in the form of banknotes

Paper currency was introduced in China during the Tang Dynasty, which began in 618 AD. It was the first time that paper was used as currency in history. However, it was only used for local currency in China at that time. Later, banknotes were used as a form of hard currency. These were notes that were backed by gold. They were the first form of paper money that was used for international trade.

Finally, in the 19th century, the modern form of money was developed.

The modern form of money is tied to a government and its power to impose value on money. These are the banknotes that are circulated today. The paper money that was used before the 20th century was backed by gold. This kept the value of the currency stable. However, the gold standard tied the hands of the government to a large extent, and it led to many economic problems. The era of the modern banknote At the end of the 19th century, the gold standard was abandoned, and most countries switched to the gold-backed currency. It was far more flexible, and it made the countries far more stable. This trend started in England. The governments of many other countries began to follow suit soon after. The substantial amounts of money found in circulation in the United States during the late nineteenth century were backed by gold. In the 20th century, the amount of gold that was backing the money began to decline. This led to a massive devaluation of the currency. This became very clear in the financial crisis of 2007–2008. In the US, the gold standard was finally abandoned in 1968.

Short-term debt is an important part of the modern financial system. This debt is backed by money reserves, and it is referred to as commercial paper.

Long-term debt is a fixed-term loan given to an individual or a company. In the case of bankruptcy, the bank has a higher priority in recovering their money than other creditors. It can be hard to tell the difference between the different forms of debt in a financial crisis. Since the financial crisis began to hit the world at the end of 2007, one of the main causes of confusion and concern has been the growth in the amount of debt in the world. In addition to government debt, household debt and corporate debt are also growing. However, they are also different.

Government debt is an obligation for a government to pay back money that it has borrowed. This is backed by a government, and the debt is therefore considered safer than other forms of debt. The U.S. government is currently the largest borrower in the world. This debt is referred to as U.S. Treasury securities.

The historic process had a variety of forms we carried value in and with the benefits cryptocurrencies have to offer, it will be a no-brainer for humanity to integrate this new form of value storage into their value management schemas. Several of the benefits include the following:

While there are several advantages to cryptocurrency, the most important is its ability to be used as an alternative form of currency. The current monetary system is failing the majority of the world population.

It is a system of force that uses force to control hands and to keep hands-off. It is a system that does not help people grow or prosper, and in fact, it takes away their resources through taxation and high transaction fees. Cryptocurrencies are a powerful tool to level the playing field. They have the potential to allow people to live free from government taxation and high transaction fees. The one world currency has the potential to replace the current system of fiat currencies, and allow people to share a single form of value, allowing all of humanity to work together for the greater good of all.

If you read all of this, then I just want to say you’re amazing and I hope your life goes well! Thanks for reading :) 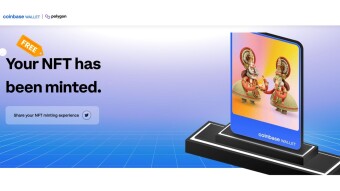