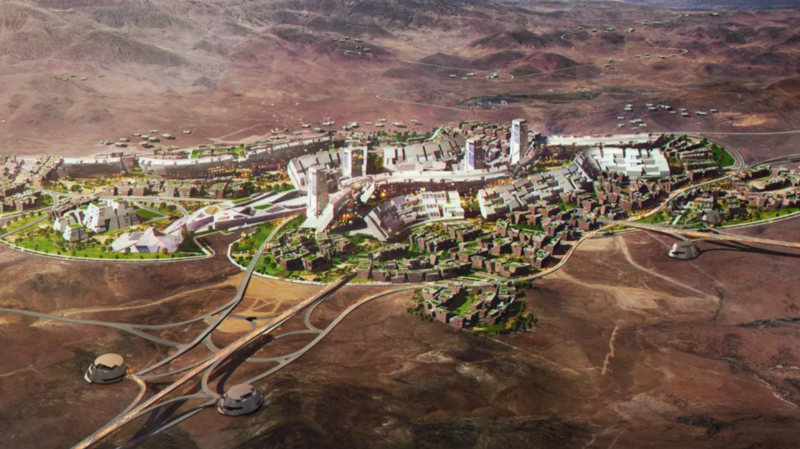 Blockchains are extremely good at dealing with a set of known, identified actors, the members of a network. They’re pretty clumsy at dealing with anyone showing up who happens to want to give you some money or send you some data, without you necessarily knowing who they are, or what they are trying to do.

a cryptocurrency millionaire has spent $400 million on an enormous plot of land in the Nevada desert with the intention of building a utopian community based on blockchain technology.

Through the way they establish trust and identity, blockchains have a kind of pie-in-the-sky utopianism about them, which stems from the fact that they’re an idealism about human behaviour.

There are two ways that this happens:

There’s the “golden rule of blockchain”, which is “He who has the gold makes the rules”. Blockchains work by consensus. In order to participate in the consensus, you have to have some money in the game. Ideally, you’re an investor in a new cryptocurrency, or you have a stake in a new blockchain, or you have some kind of financial interest in the network. That’s what differentiates blockchains from the Ethereum blockchain, for example, from Bitcoin. As a consumer, I’m perfectly happy to run a Bitcoin node because by doing so I get to participate in the network and validate transactions, and enable the consensus mechanism that generates Bitcoins. If you’re a consumer, which you are if you’re doing something with cryptocurrency, then you’re an investor and therefore you are the ultimate arbiter of blockchains. Likewise, if you have a stake in the underlying blockchain or cryptocurrency, that’s going to motivate you to run nodes on that network as well and keep those nodes honest.

However, if you are an individual interested in buying a sandwich somewhere, you don’t have an economic incentive to do so on the blockchain. That’ll need to be validated on your behalf by a trusted third party, because it has to be tied to your identity and because it needs to be such that you are a known, identified actor, so that you can be prevented from, say, copying and sending your money to another actor.

There’s a socio-technical factor. In order to operate a blockchain, in order to be a node on a blockchain, you need to run a piece of software. Most of the time you’re going to have to run that software on a server — that means the server needs to run on a server, and that server needs to be running on a server, all the way back to the first computer. The internet itself needs to have some kind of capacity to allow a computer to be created and destroyed at any moment. This requirement has led to a huge growth in computer and server capacity. It also means that the entirety of the internet is a single large distributed computer. This kind of socio-technical system looks like a utopia. There’s no reason why the rest of the internet shouldn’t be run on these kinds of distributed computing models. Maybe one day you’ll be able to pay people to watch your cat on the blockchain.

All of this is perfectly possible. The problem is the socio-technical system required to operate a blockchain is such that it stops people who are not already interested in being involved in the network from showing up and doing things on the blockchain, in the same way that it does with the internet as a whole.

So what does the blockchain mean for things like the SWIFT network or My-Routing-Corps, or even things like HTTP, which is how you access YouTube? What does it mean for those things to be built on blockchains?

The short answer is that we don’t really know.

Blockchain technology was originally devised as a mechanism for validating interactions between known, identified actors in very specific regulated contexts — exchanges of value and governance and so on. When you expand blockchain technology to encompass a whole new range of use cases, you start to introduce many new actors into the system. New participants will be entering for economic reasons, and the odds are they won’t want to run computer nodes. They won’t need to be validated in the same way that investors want to be validated. They won’t stake the same kind of money either. My suspicion is that, with the exception of very specific use cases in very specific markets, blockchains will only be used for niche applications, which means that we’ll be retaining the existing system that currently does the work of blockchains.

All of this is speculation and only one thing is for sure… Time will tell.