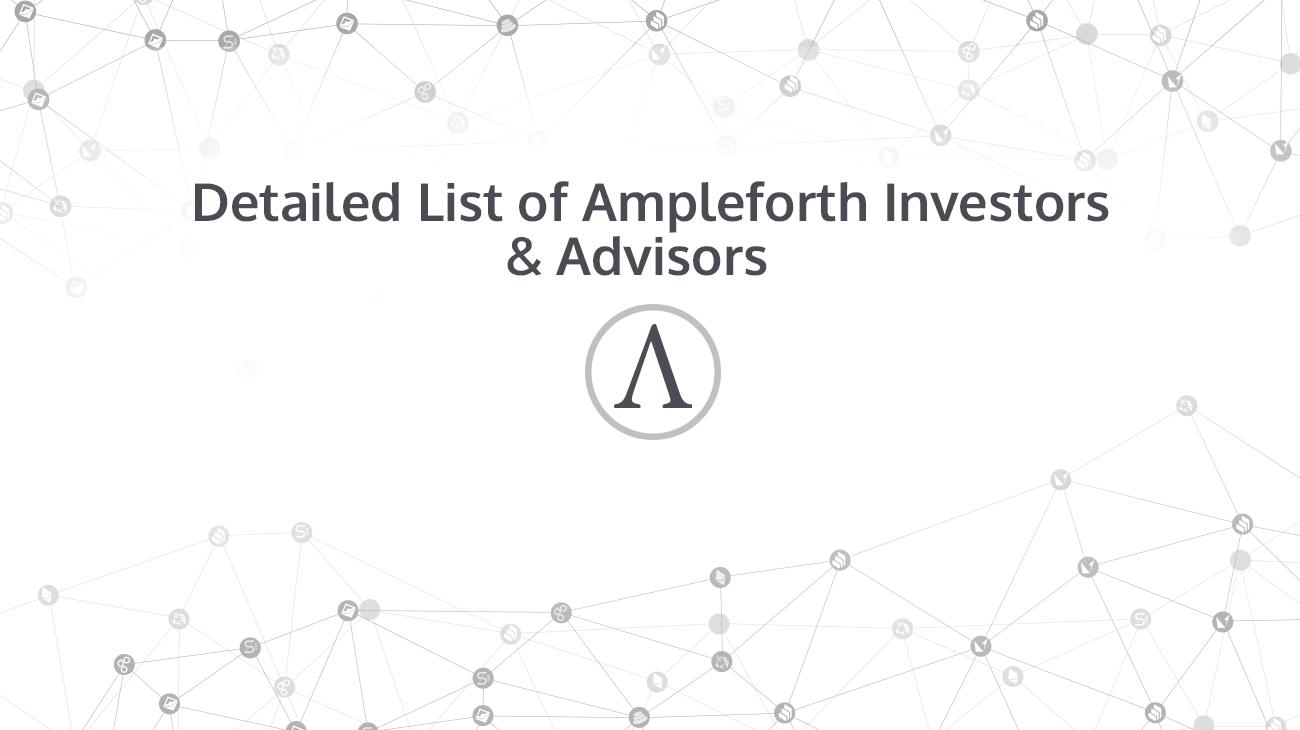 Launched by Brandon Iles and Evan Kuo in 2019, Ampleforth ($AMPL) was designed as a synthetic commodity that is uncorrelated with assets such as Bitcoin. The project introduces a completely new concept of the supply as it does not have a fixed amount like Bitcoin, nor it's inflatable like fiat. Its token supply expands or contracts depending on markets' demand.

It's a unique concept that made headlines in Q2 2020 which made me do in-depth research on the people and organizations involved behind the curtain, or in other words who's helping Ampleforth to grow beside the team itself.

Below you'll see the full list of investors, advisors, and influencers involved with Ampleforth. 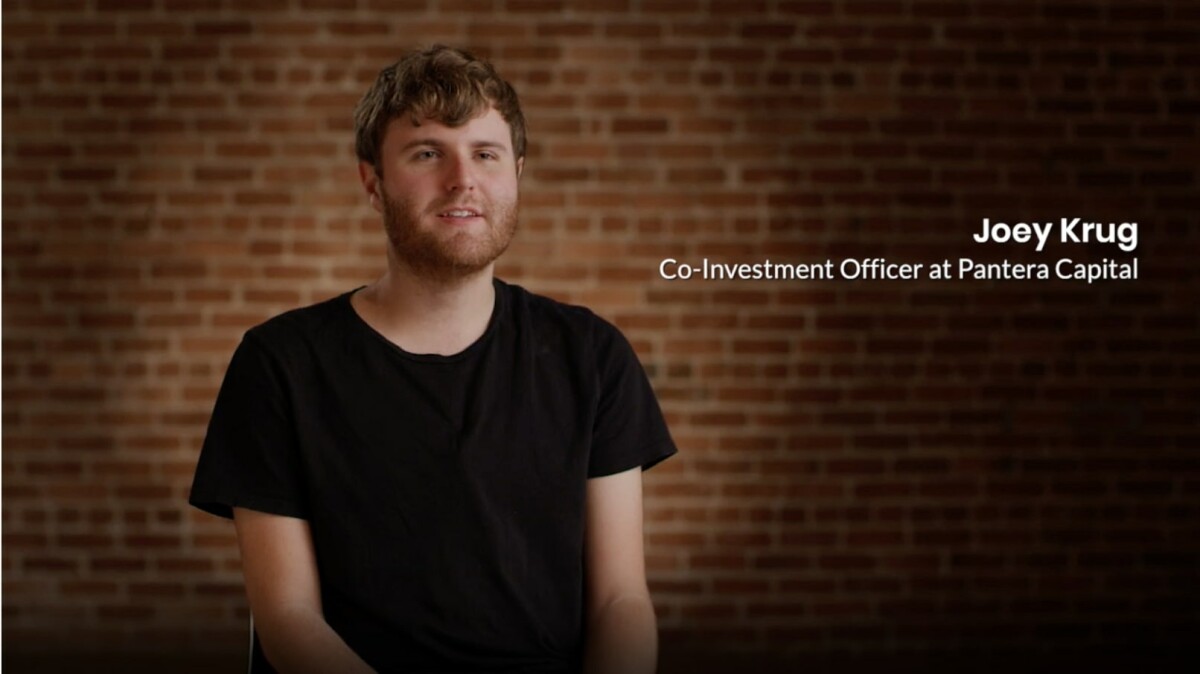 Joey Krug is a Thiel Fellow alumni and the Co-Chief Investment Officer at Pantera Capital, and one of the largest blockchain investment firms, and a Core Dev for Augur, a blockchain-based prediction market.

After graduating from Knoxville High School in 2013, Krug went on to study computer science at Pomona College. Krug dropped out to Join Peter Thiel's "Thiel Fellowship"

Krug would start out as a game developer before founding MariPoS, a Bitcoin point-of-sale service, in 2014. He would then go on to become a technical advisor for a number of AI, machine learning, and blockchain projects, including being a co-founder of the Augur project, of which he is still involved. 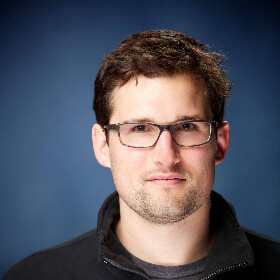 Sam Lessin is the Co-Founder at Fin and GP Slow Ventures. Lessin studied at Harvard University in which he studied Social Studies and graduated in 2005. Upon graduation, he became an Associate Consultant at Bain and Company in which he describes his role as a “slide-monkey”.

Sam Lessin would leave Facebook in 2014 and become a partner at Slow Ventures, a venture capital firm. He would also Co-Found the company Fin in May 2015 which would provide analytics for customer services teams to improve their performance. 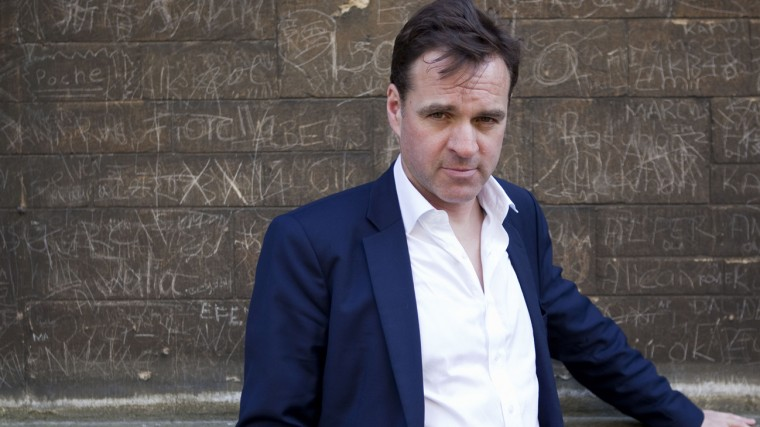 Niall Ferguson is a renowned Scottish-born historian and current Senior Fellow at the Hoover Institution at Standford Univesity. Ferguson would study at the University of Oxford in 1982 and eventually graduated in 1989 after studying Modern History. Ferguson has written and presented numerous television documentary series, including The Ascent of Money, which won an International Emmy award for Best Documentary in 2009. In 2004, he was named as one of TIME magazine's 100 most influential people in the world.

Upon graduating, Ferguson would work as a research fellow at Christ’’s College in Cambridge before moving onto becoming a lecturer at Peterhouse, Cambridge, in 1990. Ferguson would go on to move to the United States in 2002 when he became the Jon Herzog Professor in Financial History at New York University Stern School of Business.

Graduated From: University of Oxford 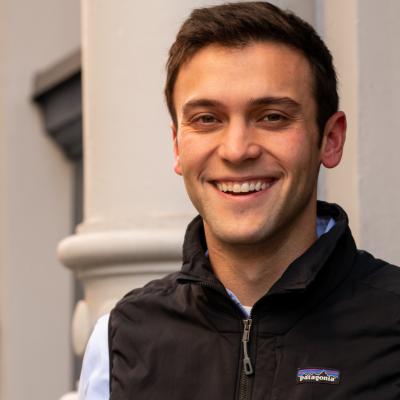 Noah Jessop is a crypto investor and venture capitalist at Founder Collective who have invested in the likes of Uber, BuzzFeed, MakerBot, and The TradeDesk. Jessop is currently the Total Productive Maintenance manager at Libra Core and is part of the Libra Association.

Jessop would study at the Massachusetts Institute of Technology where he earned a Bachelor of Science in Finance and Mathematics. During his time there, he was elected Student Body President as he ran a 150 member student government.

Upon graduating, Jessop would become an Associate Consultant at Stroud Consulting before becoming a Co-Founder of LuckyLabs, a mobile gaming company. He would then go on to co-found CommandIQ, a venture-backed technology company in San Fransisco. He would act as the CEO for two years before the company was acquired by Publishers Clearing House in which he would move into and become the Head of Data in 2015.

Jessop became the CEO of Honeyminer in October 2018. This was the largest cryptocurrency mining and GPU optimization platform in the world and would eventually be acquired by Core Scientific in 2020.

Noah Jessop has been an advisor to Ampleforth since January 2018, and recently in 2020 joined Facebook's Libra Foundation. 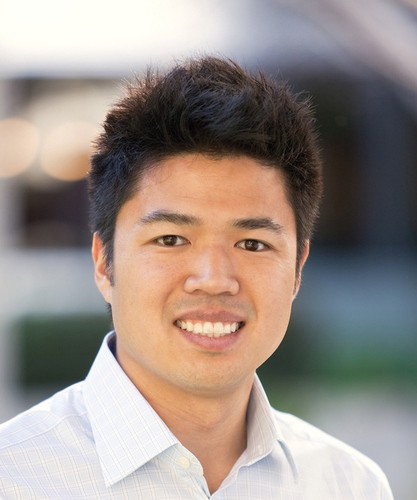 Paul Veradittakit is an investor at Pantera Capital and Board Member at Blockfolio. Paul studied at the University of California island eventually graduated in 2005. Before joining Pantera Capital as a Partner in 2014, Paul would work as an associate at Strive Capital with a focus on investing in the mobile space.

At Pantera, Paul is busy with many activities ranging from negotiating deals, delegating operations, or solving portfolio problems.

Paul became an Advisor to Ampleforth in November 2017. 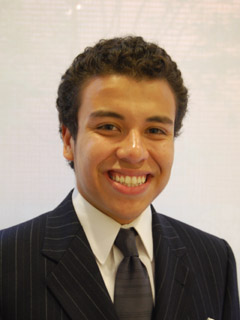 Manuel ‘Manny’ Rincon-Cruz is the current head of strategy at Blink and a Researcher at the Hoover Institute at Stanford University. Manny started his education at Harvard University in 2005 where he studied Philosophy and Social Anthropology.

During his time at Harvard, Manny enjoyed time away as he studied at Tsinghua University in Beijing during 2008 and at the National Taiwan University during 2010.

After graduating from a post-graduate degree at Harvard in 2015, Manny would go on to study at Stanford Univesity in which he would receive a Ph.D. in Philosophy and a degree in History.

Manny became an Advisor for Ampleforth in October 2018. 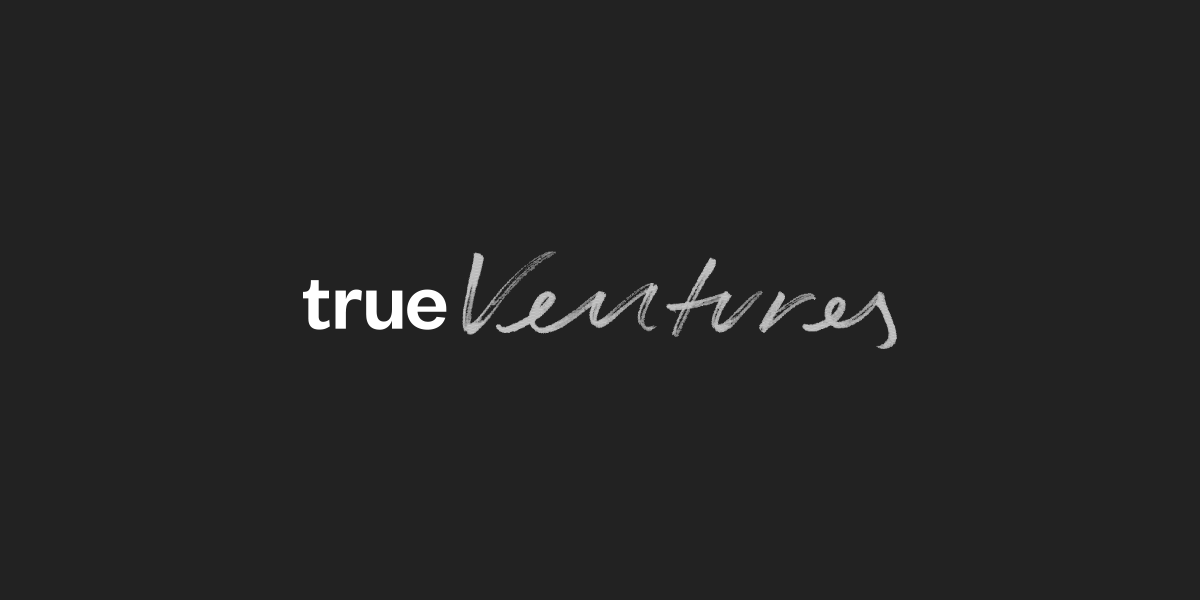 True Ventures is a Silicon Valley-based venture capital firm that invests in early-stage technology startups. The fund surpasses beyond just the scope of cryptocurrency as it was created in January 2005.

The fund has over $2 billion under management and it uses this to provide seed and Series A financing to a wide range of different entrepreneurs and startups. The firm is made up of 12 partners who have come together and founded more than 25 different companies.

One of the most notable companies that the firm invested in was the smartwatch company, Fitbit, and the smart doorbell, Ring, that was acquired by Amazon.

In total, True Ventures have made a total of 174 lead investments with a total of number 485 altogether. They have successfully exited 81 of these investments.

Other projects backed by True Ventures:

Pantera Capital was the first United States-based Bitcoin investment firm that started investing in the cryptocurrency space in 2013. The venture capital firm is one of the largest institutional owners of cryptocurrencies and is exclusively focused on investing in blockchain technologies.

The firm was originally founded in 2003 by Dan Morehead as it focused on global hedge fund investments. However, the firm has since shifted its focus as it moves into the cryptocurrency space with over 83 investments.

Pantera Capital has managed to make 10 exits so far which include the likes of Kik, Bitstamp, and Coins.ph. The firm currently has $335 million under management with 59 employees.

Along with venture investments, Pantera Capital also has a number of ICO fund investments in a range of different protocols including 0x protocol, Celer, Codex, Data, Bloom, Icon, Kin, and Kyber.

Other projects backed by Pantera Capital: 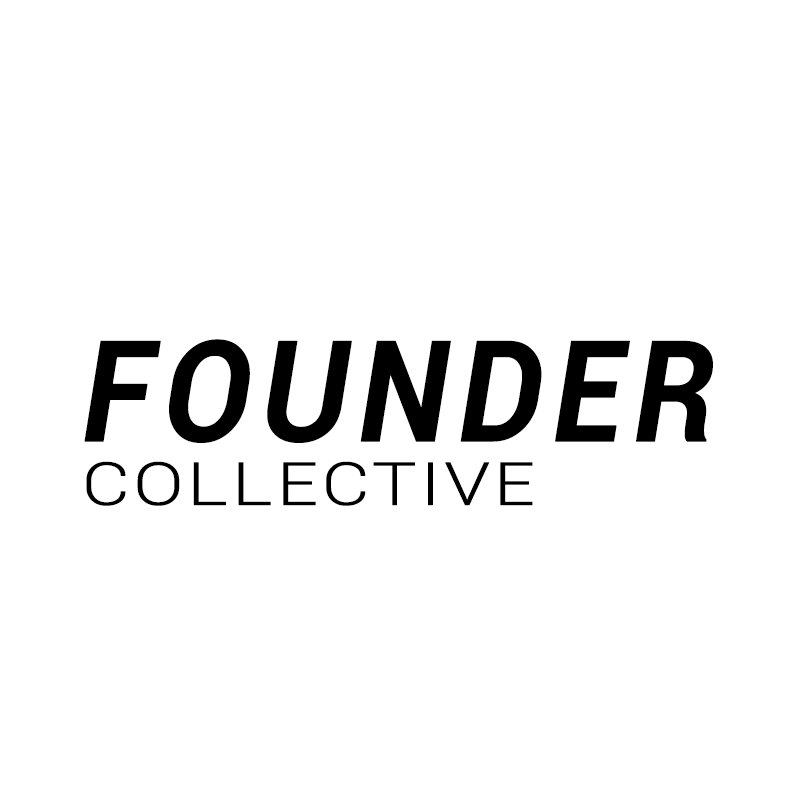 Founder Collective is a seed-stage venture capital fund that has a mission to build the most aligned venture capital fund for Founders. Based in the Greater Boston Area, the entire firm has been created by a collection of successful entrepreneurs with over 11 founding partners that include;

The firm was founded in 2009 and currently has over $200 million under management with a total of 371 investments with 26 lead investments. The firm has over 90 exits, some of which include;

Other projects backed by Founder Collective: 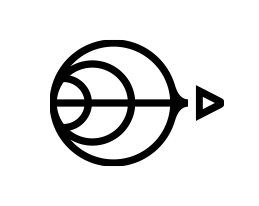 Slow Ventures is a San Fransisco based venture capital firm that invests in companies that are central to the technology industry. Slow Ventures was founded in 2009 by Dave Morin, Sam Lessin, and Will Quist.

The firm has over 406 investments with just over $450M under management as of 2019. Slow Ventures has conducted over 84 exits which include the likes of Twitter, Birchbox, Casper, PillPack, and Slack.

Other projects backed by Slow Ventures 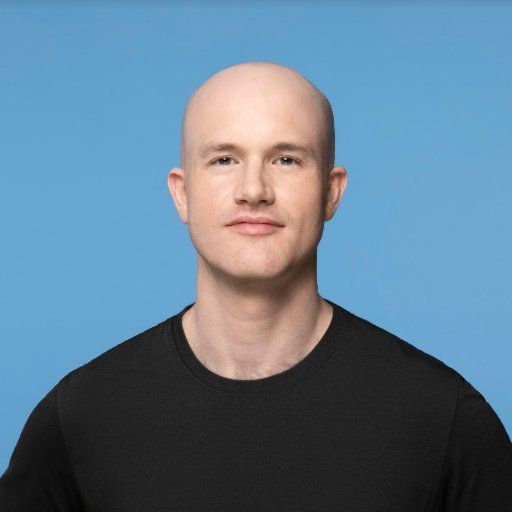 Brian Armstrong is the CEO and co-founder of Coinbase - the largest cryptocurrency exchange in the world. He is a software engineer by trade, originally working for Airbnb during 2011 with a focus on fraud prevention.

On top of this, Armstrong is also the founder of GiveCrypto which has managed to raise over $4 million in cryptocurrency for the charity.

Armstrong studied at Rice Unversity in which he earned both a Bachelor’s and Master’s Degree in Computer Science.

Per Crunchbase data, he was involved in Ampleforth's two funding rounds in March and December 2018. 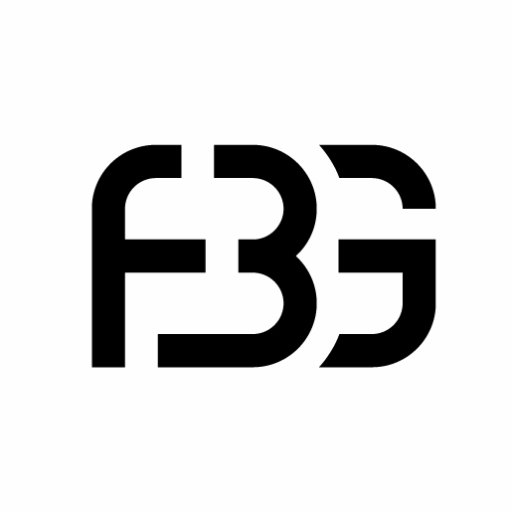 FBG Capital is a digital asset management firm in blockchain-based capital markets that was founded by Vincent Zhou in 2015. The company describes itself as a cryptocurrency hedge fund with over $80 million under management.

The firm has 32 investments, none of which have been marked as being exited. FBG Capital invested in Ampleforth during December 2018 venture round.

Other projects backed by FBG Capital: 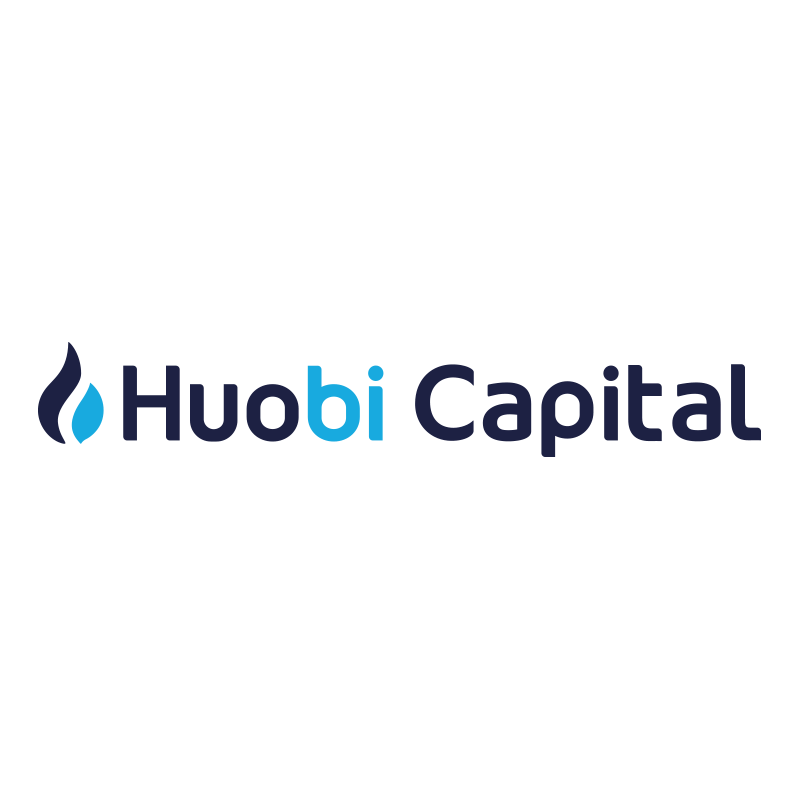 Huobi Capital is the investment arm of the Huobi Group that also owns the Huobi cryptocurrency exchange. The fund was set up to help with leading entrepreneurs to achieve widespread blockchain adoption.

So far, Huobi Capital has invested in 8 different projects, 4 of which it was the lead investor. None of its investments has been marked as exited positions.

Upon launching in 2018, the firm announced that its investment portfolio included the likes of Thunder Token, Theta, AELF, Blockstack, Ontology, and many more.

Other projects backed by Huobi Capital; 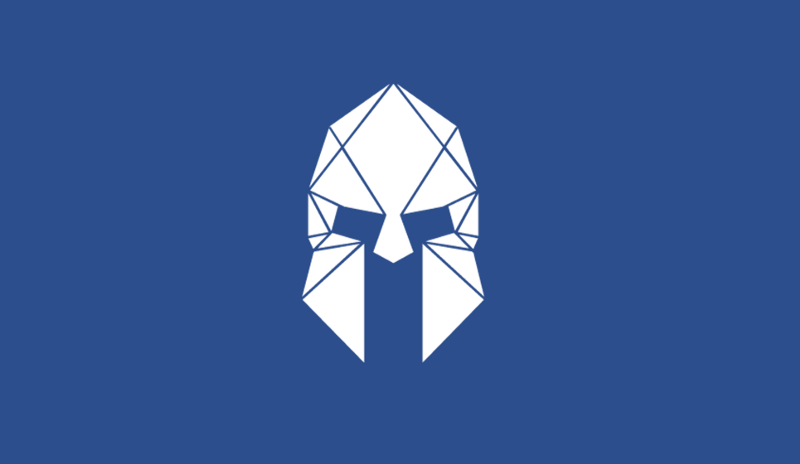 The Spartan Group is an investment and advisory blockchain firm based in Singapore. The firm was founded by Melody He, Casper Johansen, and Kelvin Koh. All of the other founders are stated to be Goldman Sachs alumni with deep relations in the banking, venture capital, private equity, and hedge fund sectors.

Spartan Group can boast partnerships with Blockstack to help the project gain presence in Asia. It also has a partnership with IBM in which the two have joined together to accelerate the demand for digital asset-based products.

The firm invested in Ampleforth in December 2018. 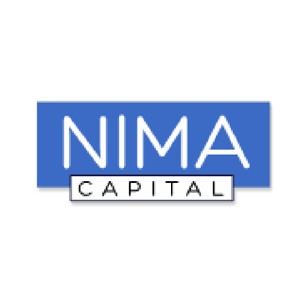 Nima Capital is a single-family office that invests privately and publicly through its platforms. Headquartered in New York, the firm was founded in 2013 by Suna Said.

Nima Capital currently has 9 different investments whilst being the lead investor in a project called Rubicon when it donated $57 million in 2015 and another $50 million in 2017.

The firm invested into the $1.8 million funding round for Ampleforth that was conducted during December 2018.

Other projects backed by Nima Capital;

Chainlink and Ampleforth came together during March for a Virtual Meetup and Q&A session to talk about the limitations presented by the abnormally high correlations seen in today’s decentralized collateral assets and how Ampleforth’s technology can provide solutions.

The video can be watched here;

Charlie Shrem is a well known Bitcoin advocate and American entrepreneur who went to prison for aiding and abetting the operation of an unlicensed money-transmitting business related to the illegal Silk Road marketplace.

He recently conducted an interview with Ampleforth co-founder, Brandon Iles, where they discussed the growth of decentralized and open finance and the role that Ampleforth can have in the industry.

Michael Arrington is the founder of TechCrunch, a large Silicon-Valley based blog that covers technology and startups. He's a big name in the VS space whos'  investments include Uber, Airbnb, or Pinterest.

Arrington very recently showed interest in Ampleforth hen he tweeted about Ampleforth and briefly described its elastic price supply mechanism. He also stated that Ampleforth is a “totally unique coin” which sparked a thread of conversation underneath the Tweet; 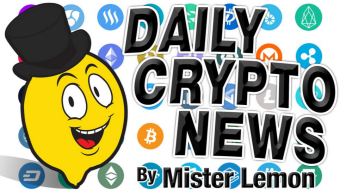