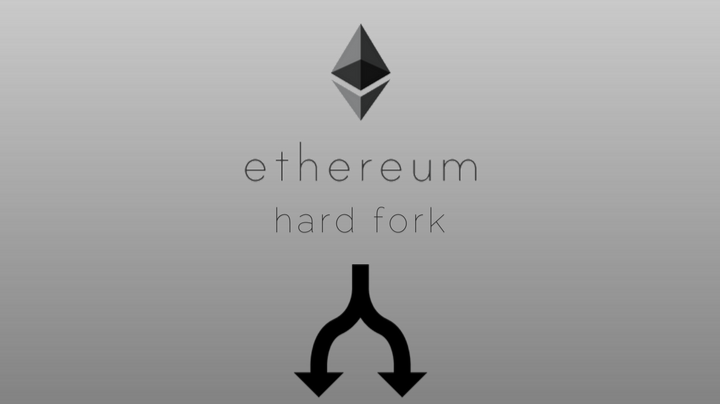 Ethereum is close to moving from Proof Of Work to Proof Of Stake. The switch should take place in September. The merge on the Goerli testnet took place between 9 and 10 August and it was a success. When there are such radical changes, not all miners agree with the new update so at least one hard fork will most likely happen. The fork occurs when the chain breaks: the old chain will continue to be mined and the new one will switch to Proof Of Stake. You don't have to be surprised by this because it won't be the first in history. Bitcoin has had several forks (some immediately dead), others that have survived (Bitcoin Cash). 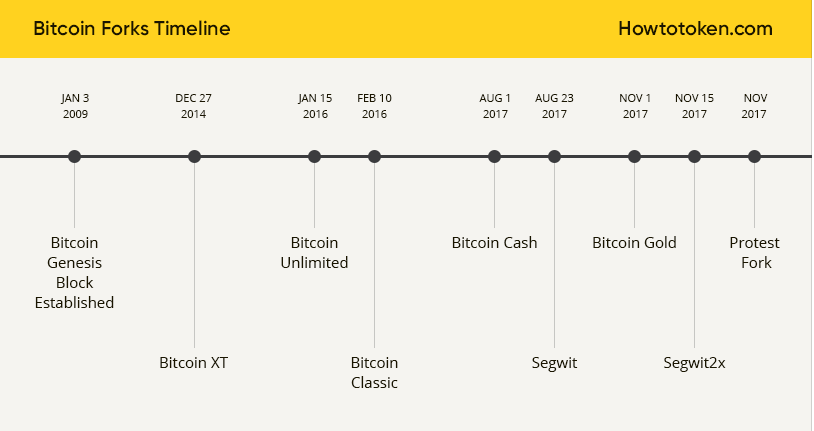 Ethereum (ETH) itself was born from a fork of Ethereum Classic (ETC). On July 20, 2016, following an exploit of the DAO project's smart contract and subsequent theft of Ether worth $ 50 million, the Ethereum network split into two separate blockchains: ETC (the original chain) and ETH ( the new chain). The new chain was labeled as Ethereum (code: ETH) with the BIP-44 Coin Index 60 and EVM Chain ID 1 attributed by the Ethereum Foundation, owner of the brand. On this new chain, the history of hacking has been erased from the Ethereum blockchain. Some Ethereum miners ignored the change and continued to participate in the original Ethereum Network (ETC). The non-fork chain continued as Ethereum Classic (code: ETC) with BIP-44 Coin Index 61 and EVM Chain ID 61.

Later Bitcoin also went through its forks:
-Bitcoin Cash (August 2017): In response to the SegWit update, some Bitcoin developers and users decided to start a hard fork to avoid the protocol updates that came with it. Bitcoin Cash was the result of this hard fork. It separated from the main blockchain in August 2017, when Bitcoin Cash wallets rejected Bitcoin transactions and blocks.
Bitcoin Cash remains the most successful hard fork of the primary cryptocurrency. In full Bull Market 2017 even rose to third place as the most capitalized token. Bitcoin Cash allows blocks of eight megabytes and has not adopted the SegWit protocol. The ratio was 1: 1. Did you have 8 BTC? You received 8 BCH. Did you have 35 BTC? You got 35 BCH.

-Bitcoin Gold (October 2017): Occurred in October 2017. The creators of this hard fork aimed to restore mining functionality with basic graphics processing units (GPUs), as they felt that mining had become too specialized in terms of necessary equipment and hardware.

-Bitcoin Diamond (November 2017): the idea was to further improve the scalability of Bitcoin and in particular the number of transactions. The idea of ​​those who proposed this fork was to make BCD the virtual currency of the Internet and a global payment system. The results were very poor.

-Bitcoin SV (November 2018): in this case it is a fork of Bitcoin Cash. BSV wants to be that electronic cash system that Satoshi Nakamoto imagined in 2008 (and not a speculative asset like BTC or the middle ground that is BCH). In fact, its creator, Craig Wright, considers BSV the real original Bitcoin, while he considers BTC a fork that over time has introduced limitations not foreseen in the original project. The purpose is to use cryptocurrency as a transactional currency and therefore to try to make it usable by anyone as a means of payment.

FORK OF ETHEREUM (ETHW)
The new fork is dubbed ETHW and one of its ETF is already trading under $100 on several cryptocurrency exchanges after debuting at $30. ETHW is the native asset of the ETHPoW chain that will continue to be mined. As a result of this potential chain split, anyone who holds a certain number of ETH from the original chain will automatically receive an equal amount of ETHW tokens. Such speculations have prompted some exchanges to quote ETHW for early trading.For example, Poloniex has announced support for both ETHW and ETHS (the PoS chain token). Cryptocurrency exchange MEXC Global and Gate.io have also listed ETHW and ETHS on its platform. Crypto derivatives exchange BitMEX has also launched Tether margin contracts for ETHW, creating more room for price speculation ahead of the potential token launch after the merger.
Forked chains rarely survive, mainly due to a lack of support from app developers, miners, and investors. However, some projects have seen reasonable adoption by users and miners alike (e.g. Bitcoin Cash, Bitcoin SV, Ethereum Classic).
Ethereum co-founder Vitalik Buterin defined fork proponents as people who want to make money fast. According to estimates, ETHW could grab 2% to 10% of Ethereum's market capitalization, said Kevin Zhou, co-founder of Galois Capital, a cryptocurrency hedge fund. He explains that Ethereum could split into at least three chains after the merger: ETHW (without the difficulty bomb), ETHW (with the difficulty bomb) and ETHS (the new chain). 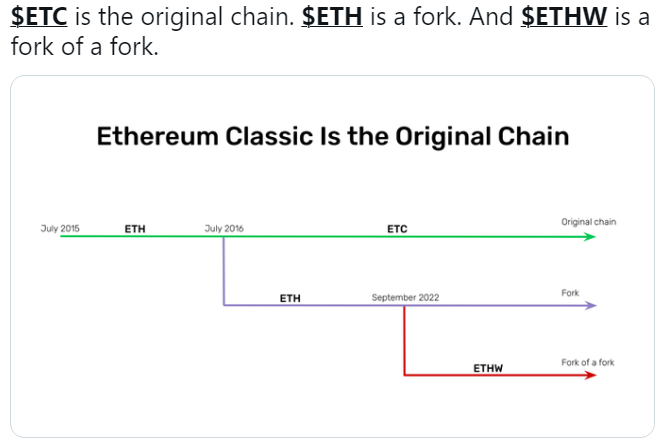 IS HARD FORK GOOD OR BAD?
Any hard fork can have a profound impact on cryptocurrency; it is often an unstable time for cryptocurrency. In some cases, the community will be divided and the price of the cryptocurrency is generally very volatile during a hard fork. What do you have to do? I have explained what will happen to Ethereum in the next month and you can read it here: What Will Change With The Ethereum Merge? (September 15-19, 2022)
You don't have to do anything for the new ETH. If, on the other hand, you want to receive any forks, I recommend that you move your ETH to a non-custodial wallet (Metamask or Trust Wallet is fine). Not all exchanges will support forked versions of ETH. You will be able to sell the new token on the exchanges that will support it!

Are you interested in ways to earn crypto bonus? Check it out here: Some Sites To Earn Crypto Bonus: Old & New (August 2022)