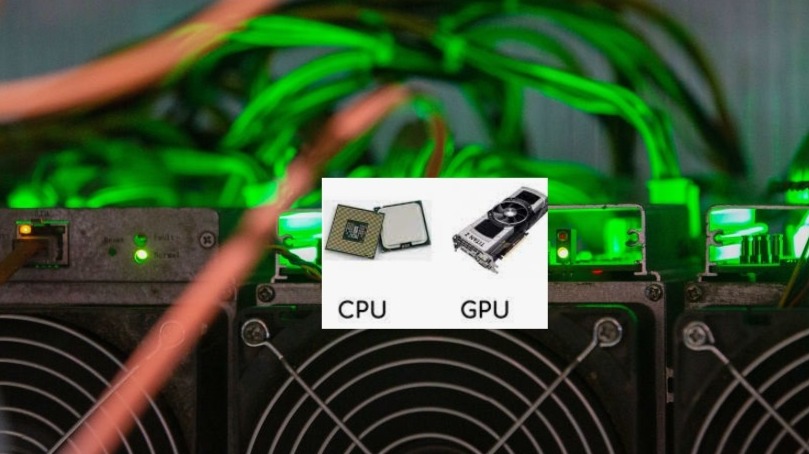 Mining (Proof Of Work) provides a decentralized way to issue cryptocurrency by creating an incentive to mine, ensuring that new coins are produced within a certain time frame.
Mining was popularized by Bitcoin, many cryptocurrencies use the same system to create new coins. In 2021, there are still some altcoins that you can mine with GPU or even CPU. These tokens are not Bitcoin and never will be, however they are easier to mine. There are some sites such as Coinwarz, Minergate and Whattomine that are used to compare the profitability of these tokens with BTC.
Let's see the main ones anyway.

TOKEN TO MINER
Monero (XMR): Crypto focused on privacy and a Proof Of Work hashing algorithm known as CryptoNight, designed with certain specifications that make mining using ASIC difficult. In turn, it's actually relatively easy to mine Monero on your PC. To mine with just your CPU, all you need to do is download the Monero mining software and install it. Using only your computer's processing power, you can generate new Monero. However, you can increase your earnings by purchasing a graphics card which will increase your computing power so that you can mine even more Monero. AMD graphics cards are best suited for this task, although Nvidia cards work too. The most used mining software are MultiMiner and GUIminer.

Trillium (TLM): this is the most profitable mining of all because you only need to use very few computational resources. It lasts a few seconds and uses NFT. Clearly I'm talking about the Alien Worlds token. It is possible to exchange it in Wax at Wax Alcor Exchange TLM/Wax.
Then I can trade Wax (WAXP) in BTC or USDT on Bittrex or Kucoin.
Although for the moment I am staking them on Neri. 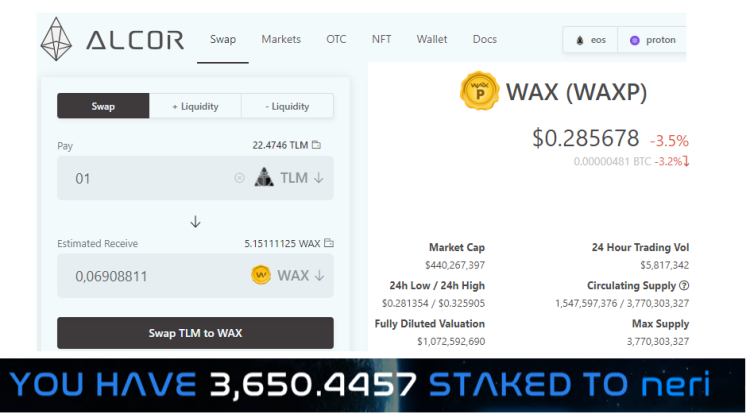 Ravencoin (RVN): The Kawpow algorithm uses Proof Of Work. For each block extracted the reward is 5000 RVN. If you are interested in the current profitability of RavenCoin mining using the Kawpow algorithm, then the online mining calculator Profit-Mine.com will help you with this.

Bitcoin Gold (BTG): ok, this is a very controversial fork of BTC. For many it is a scam. However, if we talk about GPU mining we must mention Bitcoin Gold. In addition to breaking the monopoly of super powerful ASIC miners, Bitcoin Gold mining equipment is also a minimal risk investment as you won't have to throw away your BTG Antminer if the cryptocurrency becomes worthless; you can just direct your hashpower to some other coin and keep turning that thermodynamic energy into digital assets.

Dogecoin (DOGE): token sympathetic to influencers (Elon Musk above all) and always at the center of trends on social media. Clearly this is a meme coin on the verge of scam (the developers have abandoned the project for years, born as a joke). It uses a Scrypt hashing algorithm and plans to issue 100 billion coins. You can only mine Dogecoin by using your CPU or by increasing your mining power with an AMD / NVIDIA graphics card. The best mining software to use when mining Dogecoin using GPU is CGmine, CudaMiner and GUIminer. To mine with the CPU you can use CPU miner.

Horizen (ZEN): is one of the main privacy-related coins. If you have mined coins, you can also set up secure nodes (42 Zen) which generate around 25% annual ROI right now.

Metaverse (ETP): token that seeks to facilitate the transfer of digital assets and properties at low cost. It obviously uses the Proof Of Work.

Vertcoin (VTC): VTC is one of the easiest cryptocurrencies to mine, it uses a Lyra2RE proof-of-work algorithm to verify transactions. Vertcoin was also designed to be ASIC resistant and is a regular component of GPU mining coin lists.

Litecoin (LTC): we cannot consider it an original fork of BTC (the real ones are Bitcoin Cash, Bitcoin Gold and Bitcoin Diamond) but simply the Litecoin developers have "copied" Satoshi's code. The coin uses the Scrypt protocol and is among the main ones that can be mined with the GPU. The reward for each mined block is 12.5 LTC.

Dash (DASH): another token that has copied the code to other cryptocurrencies (a bit to BTC and a bit to LTC). It is a privacy focused crypto. The rewards are 3.11 Dash for each mined block.

Verge (XVG): also in this case, it is a privacy-focused token for fast and anonymous transactions. XVG is mineable with the GPU. It uses multi-algorithms such as Script, X17 and Lyra2rev2.

Ethereum Classic (ETC): in 2016, the DAO was attacked and the network split in two or ETC and ETH (ETC remains the classic chain). Every 5,000,000 blocks the network reduces the block reward, with the last reduction occurring in March 2020 where blocks were reduced from 4 ETH to 3.2 ETH.