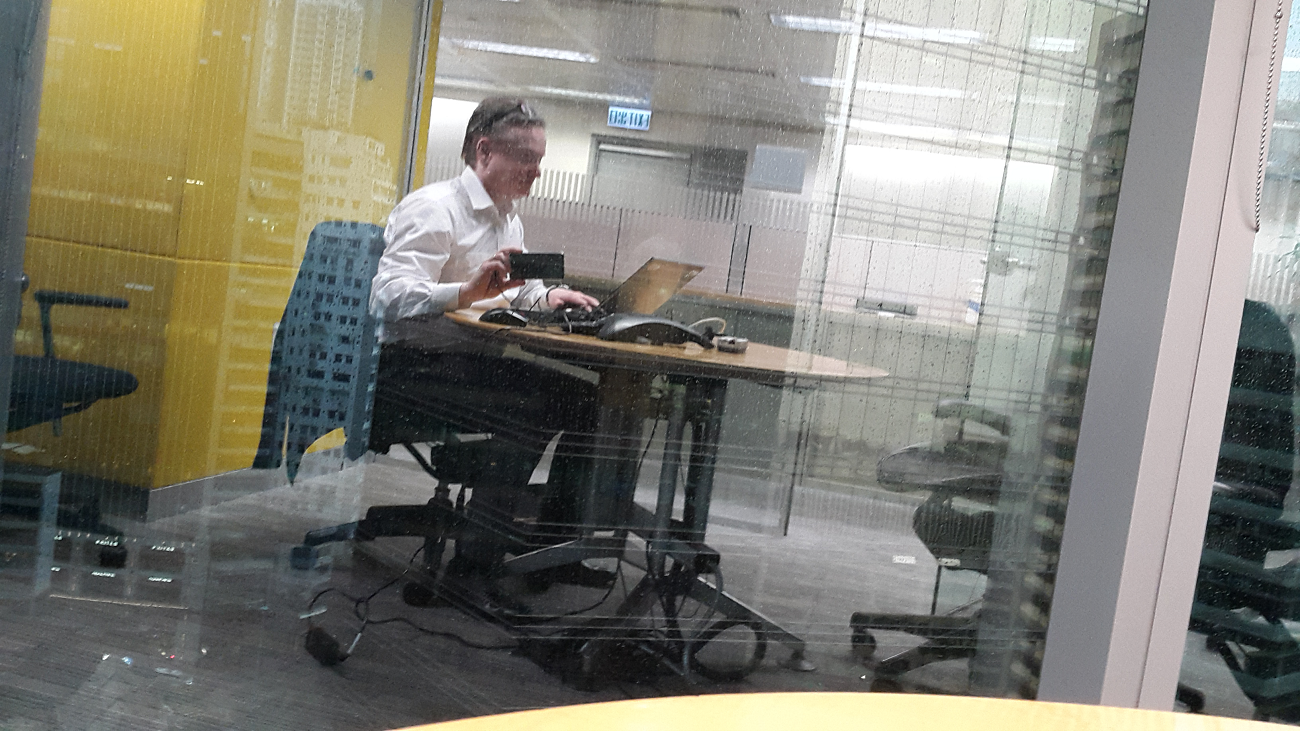 The Death Of The Corporation

Under the headline “Findings of my journey into the emerging world of DAO’s” I will write articles about my working experiences with DAOstack based Distributed Autonomous Organizations (DAO).

But before I start this journey I want to republish an article, which I wrote five years about the topic “The Future Of Work”. I have forgotten about the article and stumbled by accident over it when doing some research for my upcoming DAO articles.

It’s the time when I got fascinated (thanks to John Hagel's work) by the topic of a new emerging work model, as a result of the big shift, which transforms our economy from a push to a pull model.

Quite amazing that the vision articulated at that point in time — in the year when the initial crowdsale for the development of Ethereum took place — now is slowly turning into reality. Five years into the Ethereum development paves the way for a new revolutionary working model.

Five years sounds like a long time but when we are looking back in two or three decades, it will feel like nothing. As Michio Kaku stated in his Impact Theory interview “Why you should be optimistic about the Future”

So we are still in the fluctuation phase of the first decade, don’t forget.

Here is the rewrite of the article from 2014 (initially published on my developer blog), which is the nucleus of this journey article series.

The freelance economy now accounts for over one in three people in the working population… Over $1bn per annum is spent today online in hiring and paying for freelancers a figure which is projected to grow to $5bn within the next 3–5 years according to Industry analysts. (figures from 2013)

The biggest benefits of freelance working — if implemented correctly — are a drastic increase in productivity. I argue here that what drives that in turn are two things:
1) hyperspecilization ie breaking traditional more generalist jobs down to smaller ones and hiring people who are experts and super focuses on those jobs, anywhere in the world, to execute them, and
2) accountability. Which comes from transforming the traditional employer- employee relationship to one of service provider — client.

I fully agree with his finding of the biggest benefit of this transformation, which moves the job market into a more direct relationship between the people offering capabilities/services and the requestor/consumer. Some kind of analogy with the rise of open API’s which allows a consumer to connect directly on a fine granular level with specialized capability interfaces, bypassing any kind of intermediary layer (large corporation).

Integrating our passion with our profession is no longer just optional, something that might be desirable if it happens. It’s become imperative if we want to continue to succeed in our professional life. We’ll increasingly be competing with those who are passionate about their work — wherever they might be in the world. No matter what our credentials or current skills might be, we’ll find ourselves at a growing disadvantage as others, driven by passion, learn faster than we ever will and achieve ever higher levels of performance.
(via Edge Perspectives with John Hagel: What Is To Be Done? (Part 1))

Being able to work in environments and provider/consumer relationships which are fully focused on the required capabilities to complete a task will allow passionate people to excel. The more focused such a relationship is the better. Big corporations have a tendency to introduce multiple intermediary layers with their own politics and side strategies, which results that passionate work is mainly absorbed by endless agreements, issue resolution meetings to get the multiple organizational units in sync to accept new ideas. As John stated in the problem statement of another blog entry

Here’s the problem. We live in a world of institutions that were built in a different era — one that relentlessly sought to suppress passion in the name of predictability and efficiency. And when I say institutions, I mean all of our institutions — corporations, schools, NGO’s and government.
(via Edge Perspectives with John Hagel: What Is To Be Done? (Part 2))

Corporations have to radical change as he states

If we take this seriously, we’ll have to re-think all aspects of our institutions, starting with a systematic redesign of our work environments to accelerate learning. We’ll need to design and deploy scalable pull platforms that can help all of us to draw out people and resources when we need them and where we need them to support our questing and connecting dispositions. The Power of Pull develops this opportunity much more fully.

That was my conclusion in 2015, now the time is ready to start experimenting with the new working model of Distributed Autonomous Organization in a distributed world, which will enable an ultra-liquid labor market.

This is a re-post of my initial Medium article - you can find my blog articles as well under dev.cloudburo.net.