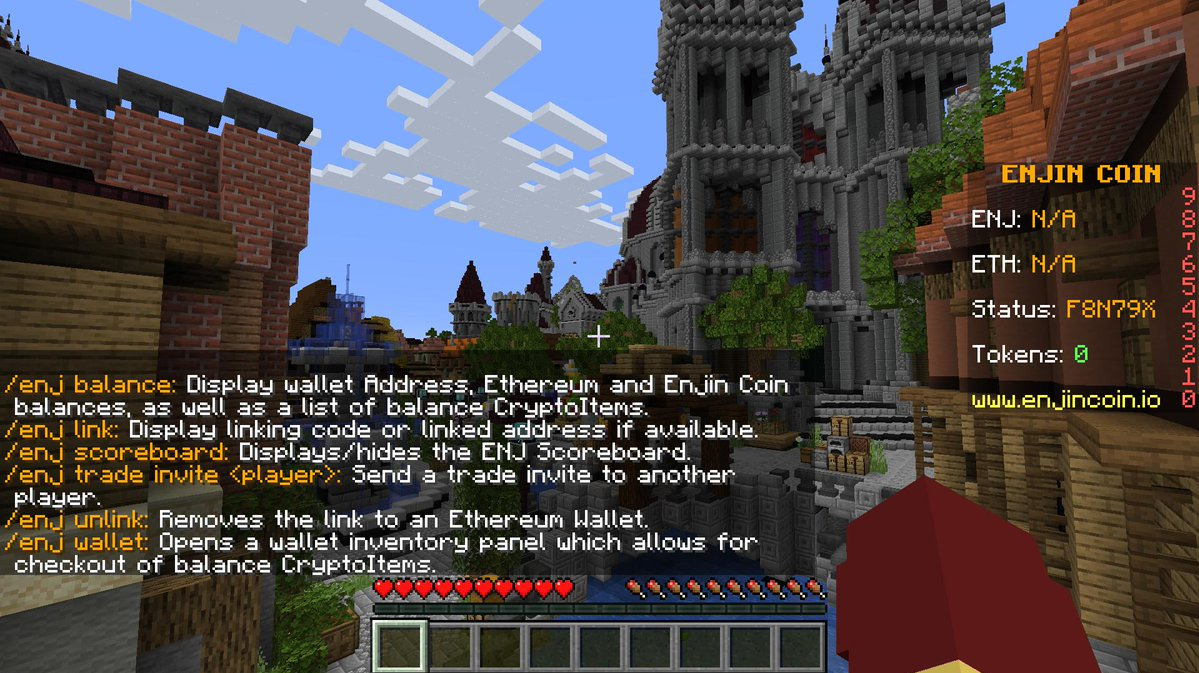 Something in common for Aragon, Enjin, Decentraland and Minetest.

Why not bring all those amazing visions into the same project? This is the purpose of this proposal: all Minetest blocks (and mobs/items) with value and being assets on Enjin, and worlds being Decentraland's properties and Aragon's DAOs (not exactly like an usual Aragon DAO).

It will not need partnership with Enjin/Decentraland but only the use of their platforms. About Minetest and Aragon's funded team, they probably will need some cooperation on making a real-value Minetest; unless an Minetest plugin could achieve all of that described on this proposal.

One of the utilities regarding Aragon's DAOs on Minetest, is that they can have their own "physical" installations for conferences, while keeping its virtual form.

If you told about Bitcoin and that it haves mining, a Minecraft user should imagine he using a pickaxe for mining gold ores and creating Bitcoin after forging gold;
If you told about CryptoKitties for a Minecraft user, he could ask if that is a plugin for bringing cute cat mobs for Minecraft; but if instead of mining with hardware, he could really mine with its pickaxe? and instead of selling Bitcoin, he could sell his ores, blocks, seeds, animals and other items?

I believe on the open, entertaining, educative and free power of Minetest.

Note: I don't have skills to make it working, but to propose it; then you're free to begin implementing it on a pull request and receive your grants.

I suggest the granted team to use part of the grants to begin an ICO (with airdrop and bounty if needed), for having more resources for completing this complex but amazing task. This ICO would be very innovative (as the first interactive ICO), if gives option to buy Minetest blocks and animals/mobs to add to basket.

To be discussed or to be proposed by the team requesting funds.

This article on Steemit: https://steemit.com/minetest/@mesquita/minecoin-minecraft-worlds-as-daos-with-real-value-blocks

This article on Medium: https://medium.com/@DaniellPlasmmer/minecoin-minecraft-worlds-as-daos-with-real-value-blocks-d2b8b3c760f9

This article on Cent: https://beta.cent.co/+j57z7n

This article on IPFS:
QmfSAjt5JaNRoLxB2cqyc1LjxxnQJedj1hDknSjxawuFsk