This is a casual post I decided to write after coming across a very interesting Tweet from a couple of months ago in which a venture capitalist believes that Bitcoin will eventually head toward $0- $500. I am still quite surprised that there are “Dr. Doom” type figures hanging around spreading the potential gloom of Bitcoin. Fair enough, if you believe that Bitcoin has no future that is entirely your own opinion but to believe that BTC will head toward $0 is ridiculous! We have progressed much further in the past 5 years alone and now there is far too much of an established infrastructure that will allow Bitcoin to thrive moving forward. If we are talking maybe 20-30 years in the future then all power to you if Bitcoin ends up at $0. But Bitcoin is NOT heading toward $0 in the near future.

The new Dr. Doom is Jason Calacanis, a venture capitalist who has previously invested in Uber and Robinhood.

Calacanis believes that BTC will be overthrown by new technology - a possibility which is entirely possible but very improbable - I’ve reversed his statement as I think Calacanis got it the wrong way around. He continues to warn traders to not invest something which they are not prepared to lose - something I wholeheartedly agree with! You should not be investing anything in which will hurt your living standards if you were to lose it.

Calacanis takes his sentiment further by stating that the early holders will be able to clear their positions to a group of “global refugee seekers”. A possibility which he puts at less than 30%. He puts the potential scenario of increased energy consumption, hacks, and regulation as a negative driver for Bitcoin at 70%.

Calacanis is the epitome of a bitter investor that has missed out on potential gains from Bitcoin. His statement and arbitrary probabilities are just as irrelevant as his $0-$500 predictions. 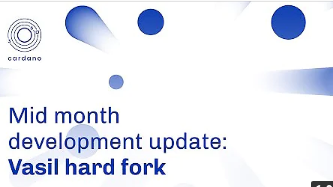