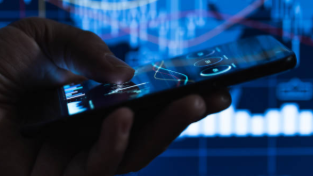 How Do We Fix the Barriers to Crypto Acceptance?

Wouldn't it be great if the value of our crypto holdings was predictable, reliable number? Or we could go to the drugstore and pay in whatever currency we felt like that day? Those may not be official benchmarks, but they do feel like the kind of things my the average person would want in their "money."

Since 2017 Bitcoin has become a household name, but mostly as an investment opportunity and not a replacement for consistently devalued fiat dollars. The real world utility of the coin has grown slowly, and from what I can tell it is still widely viewed as complicated. That being said, there are a few promising examples of mainstream adoption or acceptance that could help move all cryptocurrencies into the mainstream.

Access to the massive base of over 30 million users is a good thing. There may be some drawbacks but giving people the ability to gain exposure and experience with crypto is what is needed.

As Abhi K has already highlighted, in 2021 the Swiss Canton of Zug will be accepting tax payment in BTC and ETH through intermediary Bitcoin Suisse. I don't know that I would want to pay my taxes this way in the US, but if I lived in Switzerland I'd be much more willing. More importantly it is an official sign of acceptance from a governing body, which I understand this may not be a big selling point for many users, especially those who view crypto as a means of freedom from centralized monetary authorities. The people who it will matter to are the ones who are on the fence about whether Bitcoin is worth thinking about in the first place.

I'd be willing to assume most Publish0x users are also using Brave. It didn't take much to convince me to use it after reading about the features we all enjoy. To me the slow stream of BAT I'm receiving from the occasional ad is an added bonus. It feels like more and more people are becoming aware of the ways their information is being used and it should only be a matter of time before they demand a dividend for it. Hopefully Brave and BAT will fill that need.

This is tricky, because the wrong type of publicity can certainly hurt, but John McAfee's prediction will likely prove to be more painful for him than Bitcoin. Dave Portnoy of Barstool fame is a great example of what you don't want to see, besides advocating for a pump-and-dump he panic sold losing tens of thousands of dollars. While the wrong people putting out bad messages is obviously...bad, the right people saying the right things will always be helpful. If you want the sheep, you need the shepherds to bring them. For those unaware, here's McAfee's speculation, in all it's crudeness:

Trying to navigate the crypto landscape as an amateur

A collection of thoughts on crypto related topics and my experience in the realm of digital currency. All coming from the non-enthusiast point of view.