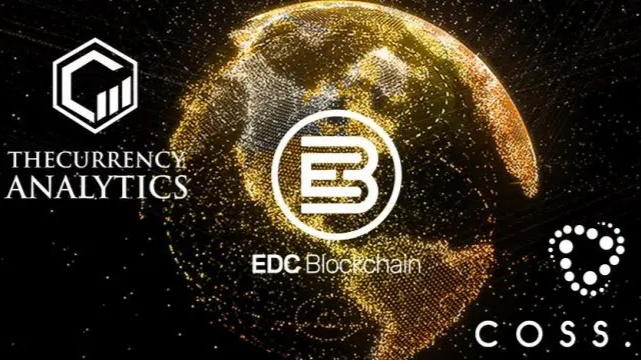 Strategic Partnerships: A new way to look at EDC Blockchain

A deeper look into this partnership and listing will give us a clearer picture of what the EDC team is working after. Coss is a regulated Singapore based cryptocurrency exchange. This must mean that EDC is interested in keeping the platform safe from bad actors. Being able to trade on more regulated exchanges will bring EDC closer to countries with stringent scrutiny of the investments of its citizens. This also works as leverage against scam and theft that many people experience on the cryptocurrency space today. Evidently, EDC is not like many other cryptocurrencies that don't seem to care about the safety of its users.

The Currency Analytics is a google approved cryptocurrency news platform which fights against fake news. The Currency Analytics is owned by one of the advisors of EDC, Sydney Ifergan. One can begin to connect the dots from this strategic and wise move by EDC Blockchain. It is obvious that EDC values the kind of news and information that its community has access to. They also want to eradicate fake news and personal opinions that some people present as facts to sway other people. Fake news is a trend in the cryptocurrency space that has resulted in millions of dollars worth of losses for investors. EDC is placing a great premium on its users and community. The team understands that a healthy community is a rightly informed one.

One can begin to appreciate the works of a project that places the interest of its community first and above all. 26th of August is a date to keep. Users can register on Coss and get their accounts ready for the juicy airdrop. To those who are Still Considering joining EDC

There is nothing more to testify than the works which are already visible through the frequent updates of EDC. There are strong community members all over the world with different stories on how EDC has turned their lives around.

Personally, EDC is one of the first communities where I have seen and witness hospitality the most. After speaking with the support on Telegram a few months ago, I got to know more community members personally whom we have kept contact till date. Apart from the fact that my finances are transforming, my circle of friends is growing (which is most important for me right now).

Sure it's up to you, but, the testimonies are evident as the sun.

You will find more about EDC by visiting the Links below

Thanks for reading, I am Ayobami99