The Updated Case for Brave

The Updated Case for Brave

Long time, no see! Before I start this article, I would like to apologize to my following for not posting here in so long. Most of my ideas as of late have been more fitting of a Reddit post rather than a Publish0x article. I hope you all understand. Therefore, if you haven't already, follow me on Reddit! I also now have a Telegram account, so follow me there just in case! Now, on to the article!

Many of those reading this article have probably at least heard of the Brave Browser. For those who don't really know what it is, Brave is a crypto-friendly privacy browser based on Chromium, the same software Google Chrome is based on. Of course, being a privacy browser, the team behind Brave removes any spyware tendencies that Chromium may have, leaving behind a sleek, yet familiar piece of software.

Being privacy-oriented in general, Brave blocks intrusive and potentially malicious website ads that often track you as well, all without compensation. If you feel like it, you can opt in to Brave's own advertising network, where only verified, and therefore generally trustworthy, advertisers can do their business, all while you receive compensation in the form of a cryptocurrency called the Basic Attention Token, or BAT for short. After every monthly payout, you can tip your BAT to certain individuals who have signed up to be "Content Creators," myself included via Reddit. Content Creators on Brave can come from a variety of webpages, including standalone websites, GitHub and Twitch accounts, and even, at least for now, YouTube channels and Twitter accounts. (More on why I say "for now" later.) Besides tipping, BAT can be redeemed for gift cards and entered into sweepstakes via the TAP Network, composed of hundreds of thousands of companies! It can also be redeemed directly for cash, if so desired, as well. Last, but definitely not least, BAT can be saved in hopes that it will go up in value in the future! (More on that later, as well.)

Brendan Eich, CEO and a co-founder of Brave alongside Brian Bondy, is also known for such major achievements as creating Javascript, a widely used programming language even today, and co-founding Mozilla Firefox, another web browser whose dominance was likely stopped only by the appearance of Google Chrome. Key members of the Brave team, including Eich himself, are active in social media about Brave, and are constantly adding new features to it, including Brave Software International's very own search engine and updated Wallet/DEX/app store!

Concerning the future value of BAT, here is a little tale. Once upon a time in 2009, when Bitcoin was first being traded, it traded for less than a tenth of a cent per unit. As of this writing, it is now trading for about $40,000 per unit. That represents a multiplier of approximately 40,000,000! While BAT may have a market cap of about $1 billion of today's dollars already, if Brave ends up replacing Alphabet, which is looking increasingly likely as Alphabet and the rest of Big Tech face many scandals, combined with increasing inflation, Brave, and therefore the market cap of BAT, will grow immensely. How valuable? Assuming BAT's market cap reaches that of Alphabet's, which is approximately 1.5 trillion of today's U.S. dollars, that divided by 1.5 billion tokens would equal $1,000 per token! Keep in mind that Brave Software International could end up doing more things than Alphabet, doing those things more efficiently, and that there could be more market forces driving BAT's price at that point; e.g, a given country suffers economic hardship, thus devaluing its currency relative to BAT, which would be connected to the wealth of all BAT users across the world, by then in the billions of users. Because of those three main factors, BAT could potentially go even higher than $1,000 per token, even relative to the current dollar!

Speaking of Big Tech and related scandals, there are many types of them. There are privacy-related scandals, such as that which occurred with Google Chrome and its Incognito mode. This is the main type of scandal Brave actively addresses. However, there is more than just privacy that's the matter with Big Tech and friends. There is also, however old or new it is, Bill Gates with Microsoft and his connection to Jeffrey Epstein and friends, alongside similar shady relationships. Then you have the various central banks of the world devaluing their currencies at a rapid and increasing rate, further adding to the problem. Finally, you have Big Tech and Big News censoring numerous viewpoints, mostly conservative ones, especially concerning certain disputes over the last U.S. presidential election. While the second category of problems is more of a set of issues Brave simply avoids having, the last two points have active solutions from Brave. BAT, besides solving the problem of advertising fraud, could conceivably be used as a way to avoid losing wealth to inflation. The last set of issues mentioned, censorship, is also actively addressed by Brave via its Tor integration and VPN, among other features. While reactionary Web 2.0 companies such as Gab continuously fight bad press, Brave and other Web 3.0 allies sweep up more and more market share relatively undisturbed by the chaos, waiting for Big Tech and allies to collapse under the pressure.

There is still one major issue with Brave as of this writing, however. As of yet, the infamous Uphold is still the only Brave Rewards withdrawal option for User Wallets. Soon though, Gemini, a far more reputable cryptocurrency exchange turning into a cryptocurrency bank, will be another option. Creator Wallets, which are entirely separate from User Wallets rather than being upgraded versions thereof, already have Gemini as the other withdrawal option.

As for what I mean by the phrase "cryptocurrency bank," here is an interesting feature. In the contiguous United States, and probably elsewhere in due time, Gemini has an active and developing program called Gemini Pay, a product of a partnership between Gemini and a cryptocurrency collateral company called Flexa. With Gemini Pay, you can pay for goods from a (currently VERY limited, but still developing,) set of vendors in the Flexa Network using your phone. Here is the analogy: think of Gemini as a crypto equivalent of a bank, Flexa as a company like Visa or MasterCard, and your phone as your debit card. Concerning the cryptocurrencies you can use in Gemini Pay, you have Bitcoin and Ether, of course, then you have Amp, Flexa's own token, but, among a few other cryptos, you have the option to pay for your ice cream or paint with BAT!

Brave is the new crypto-friendly privacy browser on the scene. It is led by Brendan Eich, the man to take down Alphabet, among other Big Tech companies. When it comes to investing, BAT could be the next great money-maker. People are already tired of being discriminated against and micromanaged in every aspect of life by Big Tech and friends. Although Brave's current main wallet provider, Uphold, is pretty shoddy, Brave is fixing that issue via Gemini. 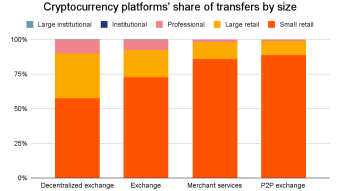 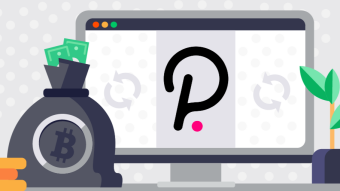