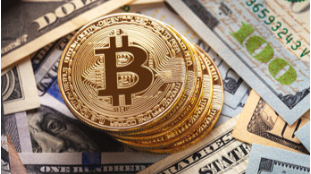 3 Reasons Why Bitcoin is Your Best Bet against the Recession

A few days ago, on May 12, 2020, Bitcoin had its miners reward slashed by 50% in what is termed and celebrated as the “bitcoin-halving”; thereby reducing the amount of bitcoin being released into the market by half from 12.5 per block to 6.125 per block.

The question everyone seems to be asking right now is – what lies ahead for Bitcoin after the halving?

Is bitcoin a hedge against the impending economic recession caused by the reckless monetary policies of central banks and governments all around the world?

In this article we want to believe just that and for good reasons.

Here are 3 Reasons Why Bitcoin is Your Best Bet against the Recession.

In what is described as the “black Thursday” within the cryptocurrency community, the price of bitcoin tanked by more than 40% along with the stock market as the novel Coronavirus takes its toll on the economy, hearth, and mind of the people.

To contain the spread of the virus, governments around the world responded by implementing total lockdowns. Fear and panic took overall markets and sent prices falling by margins never seen for years, crippling all major economic activities around the world.

In a bid to revive the dying economies governments and central banks started an endless printing of money to support the people and businesses in what they call “quantitative easing” programs.

Without any form of government support whatsoever, the price of Bitcoin has risen by more than 150% to over $9,000 from the $3,600 low on March 12, 2020; while the stock market even with the trillions of dollars support cannot boast of similar recovery success.

Proving beyond that Bitcoin is more resilient in the face of a financial crisis than the traditional monetary system controlled by central banks –thanks to its “quantitative hardening” mechanism against central banks’ quantitative easing programs.

2.       Bitcoin Protects You against Inflation

With the endless money printing of governments and central banks around the world, one doesn’t need to be a professor of economics to know that this is only going to fuel (hyper) inflation in the medium to long-term.

The maximum supply of Bitcoin is fixed at 21 million, nothing more and nothing less. And just like gold which is similarly scarce though doesn’t have any known, fixed maximum supply bitcoin gives its investors protection against inflationary pressures caused by the reckless monetary policies of central banks.

There’s an increase in the number of people learning about, and investing in bitcoin; the network mining hashrate has been consistently on the rise, even despite the miners' reward reduction (halving) which took place on May 12, 2020, which many believe will lead to “miners capitulation”. The more hashing (computing) power in the network, the greater its security, and its overall resistance to attack.

The Bitcoin fundamentals are getting stronger by the day. As political and economic uncertainties rock the world and people look for safe-haven investment vehicles to protect and preserve their wealth; institutional investors and governments continue increasing their investments in blockchain and cryptocurrency technologies; the demand for bitcoin increases even in the face of dwindling supply; Bitcoin has a limited and fixed maximum output, one can safely conclude that the price of bitcoin will only continue to rise and rise.

Despite the regular fluctuations in $bitcoin – which the media and critics will be quick to point out – bitcoin remains the best performing asset in the last decade haven appreciated by more than 9,000,000% since 2009 when it was launched to date. No other asset has performed this massively in the history of mankind.

Though it would be irrational to expect similar price appreciation in the next decade of Bitcoin's existence, it is a safer bet to invest and keep a reasonable amount of your wealth in bitcoin in the face of the impending global recession and inflation. 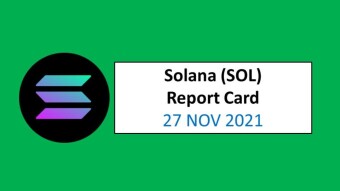