BitTube's AirTime extension is a niftly extension that earns you two or three TUBE tokens daily simply for browsing. You can also connect your website and social media channels to earn TUBE when you get traffic to your sites. Not only that, it blocks ads, has a built-in VPN and allows you to tip websites, publishers and content creators all at the same time. They also have obtained banking and exchange licenses and eventually you'll be able to cash TUBE out into your local currency and deposit into your bank, right from the extension which you can install here.

Formerly known as Algebraix, Permission.io now goes by the ticker symbol ASK. For some reason they aren't listed on Coinmarketcap yet, but because it's always been a fairly enjoyable platform to use, and appears to have a strong team with a lot of focus and drive, I do use it to earn a few ASK tokens from time to time, with the anticipation that they'll be listed on exchanges soon. When they were Algebraix they had mobile apps, but right now they only have content for web browsers. I hope they'll bring the app back. You can always add their icon to your mobile home screen to make it easily accessible in the meantime.

The idea is in the name. The concept is that you should give your permission to be exposed to advertising and be rewarded for doing so. But you're not watching a bunch of TV commercials. Content ranges from crypto and blockchain focused interviews, to trailers for the latest movies, and super short documentaries/bios, introductions to new technology, high quality entertaining ads (such as VR and new Apple products) and more. The content is not junky, and is overall informative, educational and entertaining. A great way to make a little extra crypto in exchange for your attention. Make sure you watch videos all the way to the very end and hear the chime sound to be rewarded your tokens. You can try it out here

Kin is a cryptocurrency started by the founders of the popular Kik Chat app. It's one of those sort of under the radar projects that has been working quietly throughout the crypto winter, not getting much notice, partially because they've never sought out being listed on any major exchanges. Recently the value of Kin tripled in just a few days, probably in anticipation of their mainnet where they will migrate from their placeholder erc-20 token to their own chain on the Stellar Network.

Kin will operate within an ecosystem of apps which use Kin as a reward currency, and which vary from educational content such as language learning, activity tracking, survey taking and trivia. I recently downloaded three Kin ecosystem apps, which so far I've found worthwhile to use. Kin also will be able to be tipped to friends and content creators across most major social media platforms. Right now I believe the tipping function already works with Twitter and Reddit. You will be able to spend your KIN on various kinds of giftcards and services. While technically already functional, the availability of purchasing giftcards is very spotty at the moment as they are still in a beta stage.

Coming from the founders of a well established and popular chat app such as Kik, and already being the ninth most used cryptocurrency in the world, I fully expect Kin to produce a quality product, and one that will actually be used-- with quality apps. And I would expect the value of Kin to increase significantly down the road. For these reasons, if you're a Scrimper like I am, I'd suggest downloading two or three Kin ecosystem apps and get started earning a few every day. Just go to their page here and you'll find categories of apps that will link you to their respective pages where you'll be able to read about them and install the ones that appeal to you. Right now I'm using Kinny, Kinit, and Syngli. While negative reviews of the apps have some valid points, I would not worry too much about them, as these are mostly beta versions. They will be improved and you want to get started earning now while the value is low and they're likely to pay out a higher quantity of KIN than when the token is worth more down the line.

Use Presearch to Earn PRE tokens 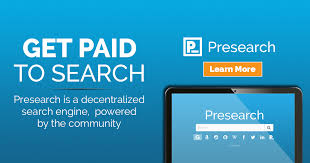 Presearch is building their own decentralized search engine. In the meantime, in an effort to draw awareness to the project and onboard users, you can install the Presearch extension which connects with your choice of search engines such as Google or Duck Duck Go, and by using the extension you earn PRE tokens daily. Presearch also keeps your searches private like DuckDuckGo, even if you attach it to the Google search engine.

Among Presearch's team of advisers is none other than Anthony Di Iorio, Co-founder of Ethereum and CEO & Founder of Decentral & Jaxx.

**Please make sure you use PRE's search function naturally, and do not perform fake searches to earn extra tokens. Presearch uses an algorithm to detect unnatural behavior and uses this to give you a score. If your score is low, you will not be able to withdraw your PRE once you reach the minimum withdraw amount. It's true that it will take you a long time to reach the minimum withdraw threshold, but it's better to be patient than be penalized for fake searching

PRE tokens are currently tradeable with Bitcoin and Ethereum at HitBtc and Coinexchange and at their all time high traded for roughly $0.66 USD.

Today they are trading at almost 8 cents.

Use my referral link and you'll get 25 tokens 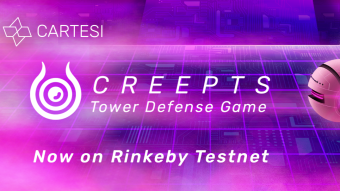 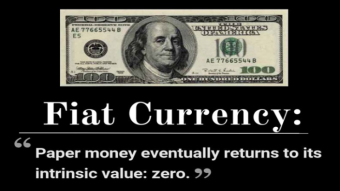 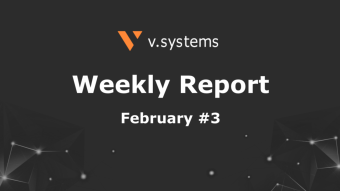