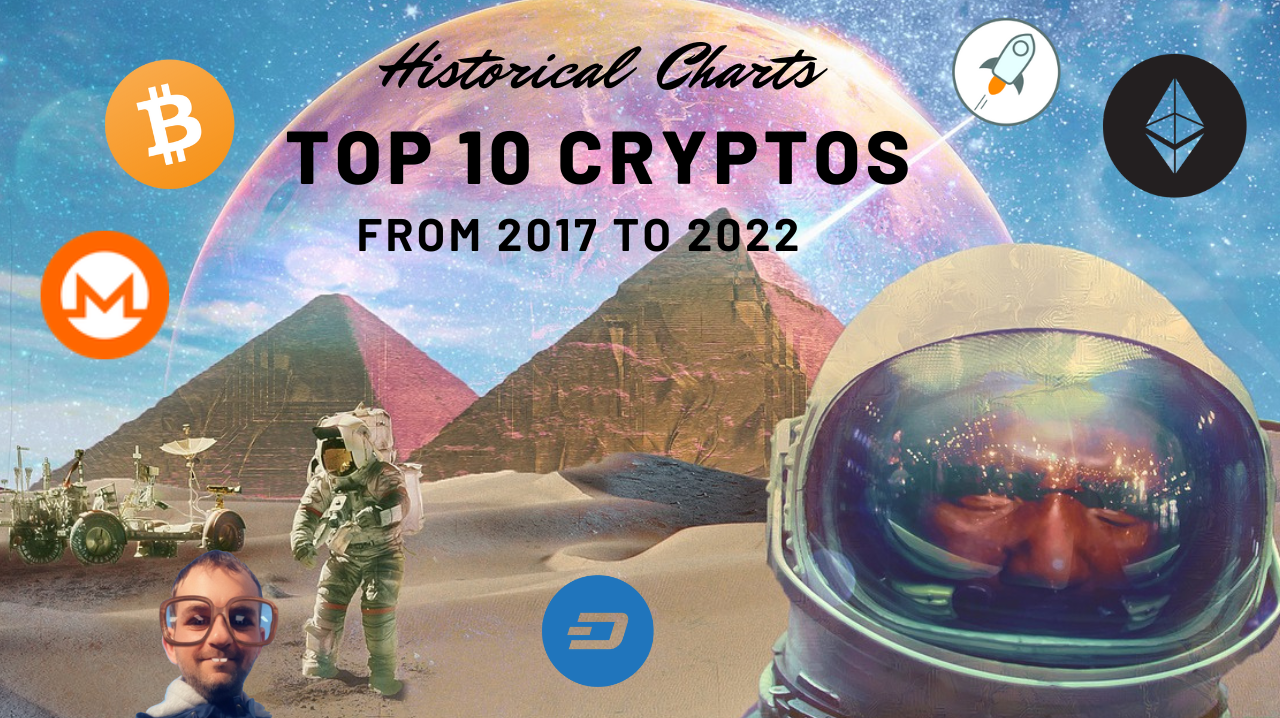 What Has Happened To The TOP 10 Cryptocurrencies From May 2017 After Five Years?

Cryptocurrencies are extremely volatile. Not only do their prices fluctuate widely but also their rankings by market capitalization. Have you ever asked yourself what has happened to the cryptocurrencies that had been popular a few years ago?

Let's check out what has happened to the TOP 10 cryptocurrencies from May 2017 after five years.

You can access historical data from cryptocurrency charts here on CoinMarketCap. On the 14th of May 2017, the TOP 10 Cryptocurrencies by market cap are Bitcoin, Ripple, Ethereum, Litecoin, NEM, Dash, Ethereum Classic, Monero, Stellar, and Augur. 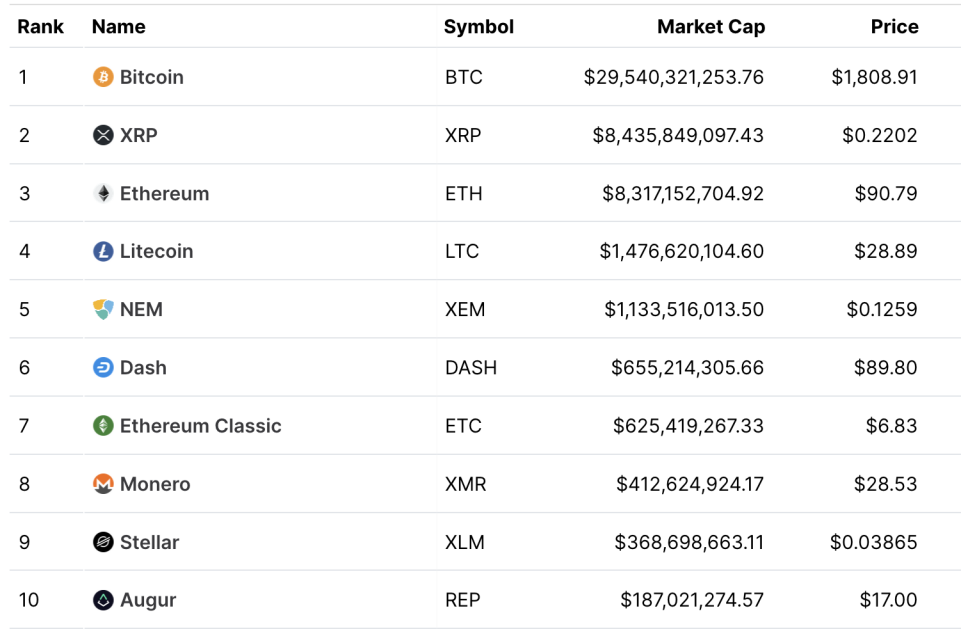 Bitcoin definitely has a big first-mover advantage with the first genesis block mined on 9th January 2009. It could prove itself as a secure and trustworthy blockchain and a store of value over the years.

Ripple $XRP is one of the first altcoins and had been very popular back in May 2017.

Today, Ripple still is in spot #7 among the most popular cryptocurrencies by market cap rank, so it is still among the TOP 10 today. However, Ripples price only did a 3x over the last five years. Bitcoin and Ethereum would have been a much better investment than Ripple $XRP.

One of the big winners is Ethereum which is located on market cap rank #2 for already a long time. I believe that Ethereum also has a first-mover advantage, pretty much like Bitcoin. Ethereum is the first smart contract platform which still is revolutionary.  It is the first global, open-source platform for decentralized applications.

The Ethereum 2.0 upgrade is currently executed and expected to be finished soon. The upgrade aims to solve the blockchain trilemma of security, scalability, and decentralization. Hopefully, the upgrade will also massively reduce the high Gas fees.

One of the oldest altcoins on the market is Litecoin, a cryptocurrency that has evolved from Bitcoin. Litecoin was launched in 2011 and over the last years, it has been underperforming against other cryptocurrencies, especially Bitcoin.

Litecoin is still located at rank # 23 and its price has tripled over the last five years. Bitcoin did a 20x in the same period of time. So, looking back, especially Bitcoin would have been a better investment than its fork Litecoin. Litecoin hit an all-time high of $410.26 on May 10, 2021.

One of the biggest losers is NEM $XEM but what is it? The NEM blockchain launched in March of 2015 as one of the pioneers of the industry. The initial goal of the NEM blockchain was to improve on the imperfections found on other chains at the time. NEM was one of the first non-turing complete blockchains to feature user-defined tokens called mosaics, namespaces, multi-signature accounts, and a P2P reputation system.

I already wrote about Dash in one of my older posts with the title "Still Worth An Investment? 🤔  Dash Coin Price Prediction 2021 - 2025".

I personally believe that the time of payment coins like Dash is over because there is no real need for them anymore. By the way, I also believe that the same applies to all the different forks of Bitcoin like Litecoin.

"Existing in response to contract censorship on sister chain Ethereum, Classic has proven its ability to resist censorship against all the odds, and to deliver the original Ethereum vision of unstoppable applications."

However, looking back at the past five years, especially Ethereum would have been a better investment than Ethereum Classic.

On spot #8 from May 2017 is Monero, traded at around $28. Monero $XMR is the top privacy-centric cryptocurrency based on a secure, private, and untraceable protocol.

The Stellar network was founded in 2014 as a payment technology that aims to connect financial institutions and drastically reduce the cost and time required for cross-border transfers.

Especially compared to Bitcoin and Ethereum, Augur was no good investment. According to data from CoinGecko, Augur's all-time high was $341.85 on February 10, 2016. That was a long time ago. 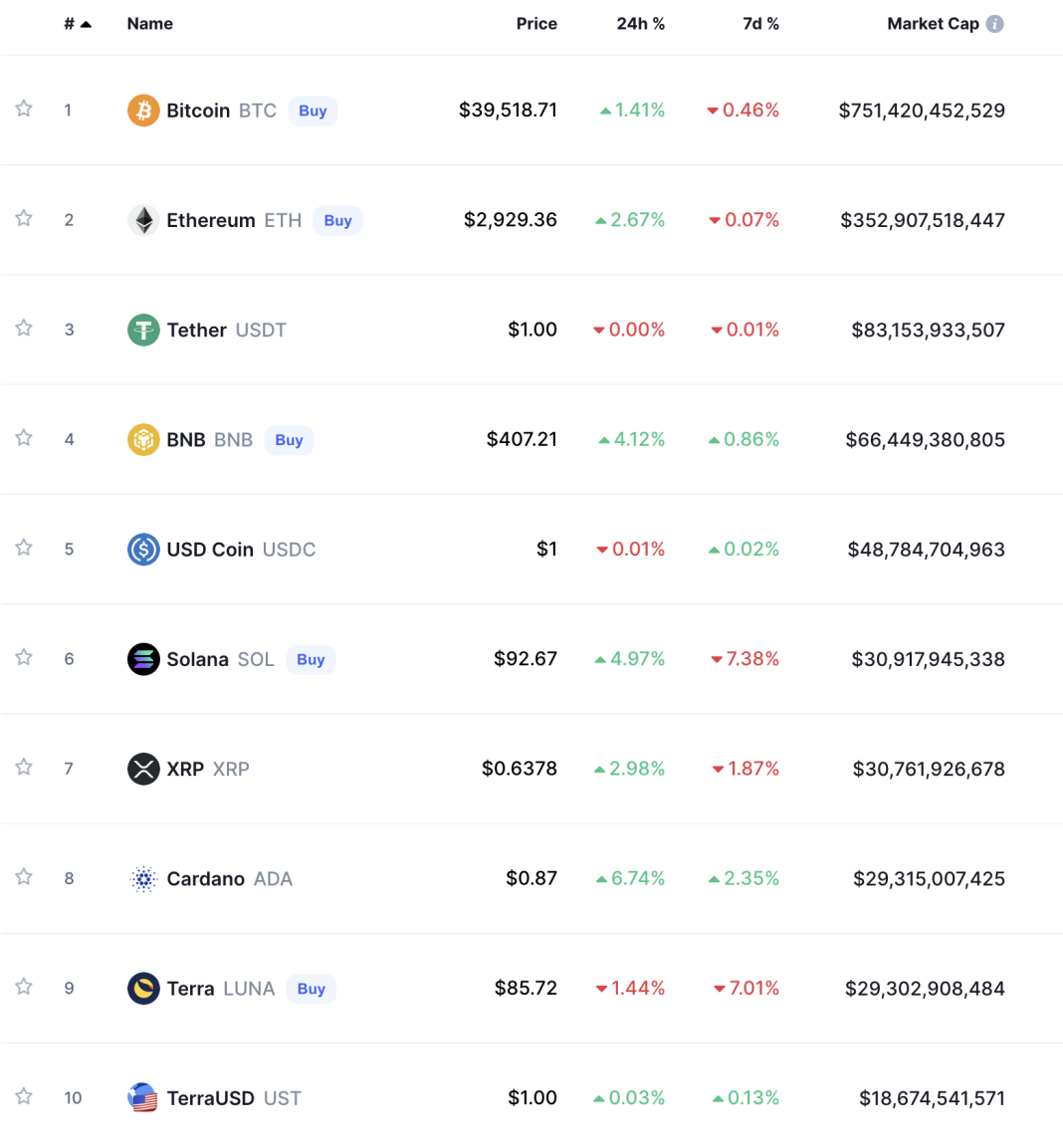 Compared to May 2017, the dominance of stablecoins among the TOP 10 cryptocurrencies is new like Tether $USDT on spot #3, USD Coin on spot #5, and TerraUSD on spot number 10.

A bigger winner was also Binance Coin which is currently located on market cap rank #4. Binance Coin $BNB is an exchange-based token created and issued by the cryptocurrency exchange Binance. In one of my previous articles, I pointed out that

I hope that my take on the development of the TOP 10 cryptocurrencies from May 2017 was somehow entertaining and helpful to you.

A wise man once said, "Buy and Hold a great Cryptocurrency until it is no longer great 🤓" and with the destiny of the TOP 10 cryptocurrencies from May 2017 in mind, you will have a deeper understanding of this saying.

At the end of my post, I also like to remind you that my intention is not to replace your own research. I may look smart on my profile pic but I am not your financial sensei. 🤓  However, this post really reflects my own opinion. The data that I have used are from CoinGecko and CoinMarketCap.

What are your thoughts on the TOP 10 cryptocurrencies from May 2017? it would be awesome if you let me know and leave a comment.

If that's the kind of stuff that you like to read on Publish0x, make sure to hit that follow button.

You may also like: 10 Crypto Investment Tips For Beginners - Don`t Pay Other People To Lose Your Money!