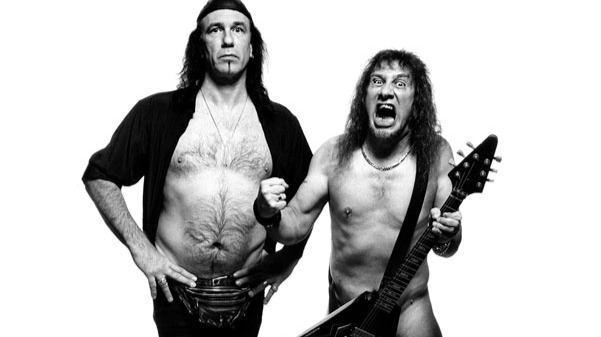 A Weekend of Music Documentaries

The crypto market has tanked and the sight of all that red is making you stress. You know what to do; take a breather! It's all about the hodl, think of the future..... bigger picture. So for right now relieve some stress and bang on one of these behind-the-scenes music documentaries. I plowed through all of these in one weekend!

The first worth a mention is Big Easy Express that follows an indie trio of Mumford & Sons, Edward Sharpe and the Magnetic Zeros, and Old Crow Medicine Show on an old train touring six cities. Although not a massive fan of any of the bands this documentary follows, the naivety in which it is shot and received by the three bands is....... charming, kinda. It starts off feeling a little awkward, however, that awkwardness leads to a feeling of insider access that you usually wouldn't get with music documentaries. You start off watching wondering if this is just a pet project of someone with no real experience, yet the insights of each band become more prevalent as you keep watching. Worth a watch if you have the time for something a little bit different and especially for those indie fans.

Searching for Sugar Man is a look into a 'superstar' who slipped through the cracks. A story that after hearing, makes you wonder how the man it focuses on is not seething. Featuring an interview with a record producer that screams shady, just as much as the record producer screams, gives you an insider look at how the music industry is willing, and more than able to take advantage of artists. With a mellow flow and cooler than ice essence, Sixto Rodriguez is a man you feel deserves to be a focus of a documentary about the feats of his life, much to the amazement of his co-workers. Never showing much regret or dismay at what could have been, this man's calmness is inspiring. A cult following in South Africa that really binds the documentary together makes for inspiring watching. Definitely worth a watch, and a great musician.

Next up is a documentary you watch with good buds. The unknown story behind the band Anvil, who flew under the radar and maybe probably paved the way for future metal acts that we all know and love. Described as the real-life Spinal Tap, these Canadian rockers are still doing what they love, many years after their highest peak. Stringing together whatever finances they can to keep the band alive, even accepting an offer from a stranger over the internet to manage a European tour. Although this is a music documentary, you get a real feeling of friendship and the bond that two of the band members share. Sometimes unintentionally comical, sometimes cringe, however mostly endearing. This is a great documentary to watch with friends, and you'll probably listen to some Anvil just to give them some support after watching the dedication of their frontman 'Lips'.

The last on this list is about the most talented singers you've never heard of, but most probably heard. A documentary that's enlightening, however, it's hard to ignore the prejudice keeping many of these great artists from the spotlight. A documentary that will open your eyes, and open your ears to instill much overdue respect for backup singers. Just watching and listening is more than enough to respect these great voices. Once you have finished watching and understand the inequalities they had to fight against in vain, your respect is solidified. Some of the songs that are focused on in the documentary are songs that receive radio play and you may never listen to them the same way again, in particular Rolling Stones 'Gimme Shelter' which I listen much more intently after knowing the story behind the production. This is a story I think everyone should watch and acknowledge.

While not the best music documentaries ever, they are definitely all worth a watch for any music fan. Stop worrying about your portfolio. You'll be rich in five to ten years, you're an early adopter. Hopefully one of these music documentaries will help ease the tension and help pass some time without obsessing about positions. Leave a comment if you think I missed any.

Any tips or support is appreciated. Peace out and stay safe!

Trying to gain financial independence and chase my dream of working for myself - https://mobilecryptomining.wordpress.com/blog-2/bonus-links-to-passive-income/

Just a blog about someone trying to erk out a living in the crypto sphere. Expect crypto news, reviews, and posts about film and TV from time to time