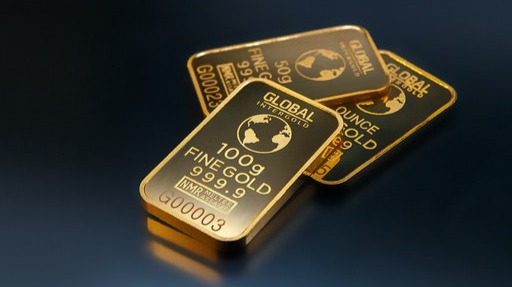 The big debate that everyone was waiting on! The only thing I got out of this debate, really, was that Giustra is a greasy holdover from the days of the New York Mafia. The guy leans on American fundamentalism like a crutch because that's all he's ever known — violence and coercion as a way to get things done. He founded Lionsgate, which is a part of like all my favorite movies, but that's about all he's good for.

Central banks and governments will ban bitcoin, he says. He believes the American government has almighty power likely because they put his whole family in jail after they raided the Fucking Five Families. Dirty money laundering greaseball.

Sorry. I'm getting this from a Stansberry Research debate that all currency buffs were anticipating — Michael Saylor vs. Frank Giustra. There was absolutely no headway made in the debate between the two. Saylor's stated goal was to make Giustra buy some bitcoin. That didn't happen. Saylor is a great spokesperson, but not a great debater. He broke into soliloquies rather than addressing his opponent many times, repeating talking points instead of really listening.

As for the issues, the most interesting discussion was over risk. Giustra's basic premise was that governments and central banks will ban bitcoin once it becomes a threat to the current financial system. Here's why his "argument" makes me bullish on bitcoin.

First of all, if that's all you got, then you've already ceded the argument that gold could ever actually match bitcoin as an investment vehicle. Bottom line — unless you nuke the Internet backbone, bitcoin beats gold. There's no real discussion here.

Giustra didn't provide any cogent argument to these points and went straight to the ban argument. Sorry greaseball, it won't happen. First of all, the greaseball kept equating the US government to the world, ascribing a position to US fundamental interests in the world that it simply doesn't have any more. Immediately post-WWII, sure. Now, nope. The US banning bitcoin would tank the value short term, sure. But after the world realized that it didn't need the US to continue on with commerce, it would move along and bitcoin would recover. And the US would, to the chagrin of its citizenry, sink into a Dark Age.

Oh, the dollar is the world's reserve currency, so the US is different. Ummm... not for long, it won't be. International banks and economic entities are fast moving against this dollar-centric narrative, with many of them calling publicly for a "new Bretton Woods agreement." This means a "fuck you dollar" agreement. The new talk is a basket of currencies to more fully represent the structure of the current world. This is the good part about the Great Reset, which many right-wing Americans don't like because they rightly assume this would put a severe damper on their standards of living. Just move out of the US, fuckhead. You think the US is the world just like the greaseball does.

And if US fundamentalists attempt to bomb their way out of this, they'll find themselves outnumbered. Plus, there will be no one to bomb. Anonymous US citizens will be carrying bitcoin nodes in a clandestine way. Bomb those and you've still got nodes in China, India, Russia — all of the countries that would love to see the US cannibalize itself in this way. Because the US doesn't have the balls to bomb Russia or China. That's the nature of a bully.

Once that happens, expect a flood of intellectual and financial capital to remove itself from the United States into greener pastures. And boy, once that "capital" gets a taste of those SEA and EE women along with welcoming environments for business, it won't be coming back. Binance is a perfect example of what will happen when the US tries to flex on crypto. CZ just split the company, told Binance.us users good luck, and kept on making billions with the rest of the world on Binance.com. And don't even try to pull that shit on defi. Again, the US might tank the value short term. But Pandora's Box is open, and the world isn't going to stop using defi just because some oligarchs started crying. I'd buy that dip like a motherfucker, focusing on projects that aren't littered with US "partnerships."

Fucking the US can't even control Tesla or Amazon or Facebook or Apple. Why? Offshore business and bank accounts. Once people realize that crypto brings offshore business and banking to everyone with a cell phone, they'll quickly begin to create those things for themselves. And the US will either get in line and start competing or fall into obscurity.

This doesn't mean the price of bitcoin can't be manipulated just like gold, however. If there is too much in the hands of crony corporations like Paypal, Blockfi, and Coinbase, the US will try to control bitcoin through them. So get as much as you can and don't sell it. Use defi to borrow against it when you need to pay for shit. Support decentralized platforms. Support companies that take crypto. Learn about DAOs. Make friends overseas. Because the bitcoin vs. gold or freedom vs. 1984 debate isn't some argument in a far off land that you're just watching. It's actively being played out around you, and you can affect the outcome. This is our time. That greaseball gangster fuckhead Giustra's time of violent coercion and centralized oppression over the world has passed.