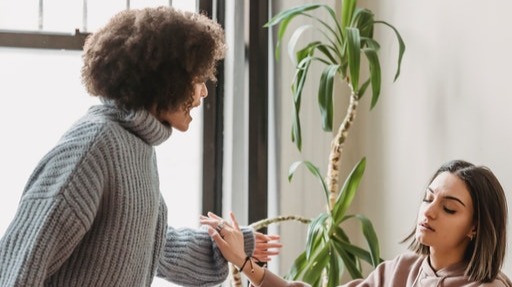 This talk of regulation because of doggie coin fuckery is retarded. Stop it at once.

There is NO way we will achieve 100% positive human behavior in this space. I don't even want to consider the argument, championed by Charles Hoskinson and one of my commenters, that we fear government regulation should fuckery ensue in crypto.

The regulators can't even achieve a moral standard! They're already jockeying for position in the revolving door between K Street and Wall Street, creating regulations in government positions then quitting and creating consultation companies to help richies get around the regulation! Why do you fear these roaches?

No, the unyielding stance should be that your government will not regulate crypto regardless of the problems we have internally. This is essential to the notion of crypto as sovereign money above the nation-state, the premise upon which it was created and the premise which gives it value. Facebook buying crypto doesn't give crypto value. Crypto had value from the time it was used to purchase that first piece of horse porn from the IRC chat in 2011. The great thing is you can defend this stance without violence, which is likely a losing battle against the current crop of nation-states. But all we need to do is educate ourselves how to code!

It pains me to see folks like Charles Hoskinson, who have the majority of the intellectual and political capital in crypto, refer to protocols he himself helped to build as weaker than government. Should he and others like himself deem it so, crypto protocols would be above outside regulation, no ifs, ands or buts about it. Properly decentralized protocols with virtual communities connected through the global Internet can't be censored. What is in jeopardy is the individual safety of these public individuals like Hoskinson. I've said many times that governments can't attack or tax your crypto gains, but they can attack and tax your citizenship. If you make your holdings known and your physical person is attached to a policed jurisdiction, then that threat to your physical person could muddy your view of the threat to protocols like bitcoin, Ethereum and Cardano. Unless guys like Hoskinson program a backdoor in for governments, there's no fucking backdoor. The only reason bitcoin survives and has value is because the wonderful network of bitcoin developers refuse to cede any sort of power to physical nation-states over the fucking code, and they have the intellectual capital to stay ahead of the capital deployed by all nation-states.

Governments can only regulate crypto if people like Hoskinson say it can. And if their protocols are not properly decentralized because they want to keep all of the glory for themselves, then you can expect regulation over stuff like Cardano. Fortunately, not everyone thinks like Hoskinson.

Sovereigns regulate themselves. Cops shooting unarmed folks in America, China disappearing Jack Ma and killing others, Duterte shooting drug users in the Philippines — all of these sovereigns have problems. But to the best of their ability, none of them allow outside interference in their problems. They handle the problems themselves. Same with crypto. I've read about and been through countless hacks. PAID Network. Pickle. bZx. Cream. Trustswap. Even those I wasn't around for like the Ethereum fork away from Ethereum Classic — they all got handled internally without the need for outside interference. And yeah, some people got away. Some people get away from governments, too. The US is still putting bounties on Asata Shakur. They let Edward Snowden get away. But they don't give up their sovereignty, do they? So why are you crypto nerds acting like such pussies?

Oh, I get it. You're afraid of the guns.

But in a decentralized protocol, who do the cowards with the guns attack? Isn't this why bitcoin thrives regardless of bans around the world?

Like I said before, when you hear this regulation talk, it's because the founders like Hoskinson are public figures that are tied to a physical jurisdiction. They didn't follow Satoshi's genius example and tried to do it another way. Fine. But don't think for a minute that I'm going to accept regulation from outside forces just because a few idiots let a doggie coin rug them and founders like Hoskinson don't know how to hold the line. The doggie coins are fine. They serve a great purpose — to get the idiots out of crypto.

And my big talk requires action. Fact is, guys like Hoskinson who don't understand/have given up their real power will be regulated. But no one can stop me from learning the dev work and putting together my own community outside of his nonsense. That's the beauty of crypto. If you're a pussy who doesn't want the responsibility of policing your own outcomes, you can transact in regulated spaces. But I can build my own secret nightclub where the celebrities and EE models go to get cocaine and live a real life. Not a life with no rules, mind you — anarchy is only fun in short bursts and people don't actually prefer it. But rules that we make and agree on without imposition from outsiders.

And if enough of us agree, we can build a nation that is just as powerful as the United States or Apple Computer or the Reptilian Illuminatis or whoever the fuck else. Exciting times.