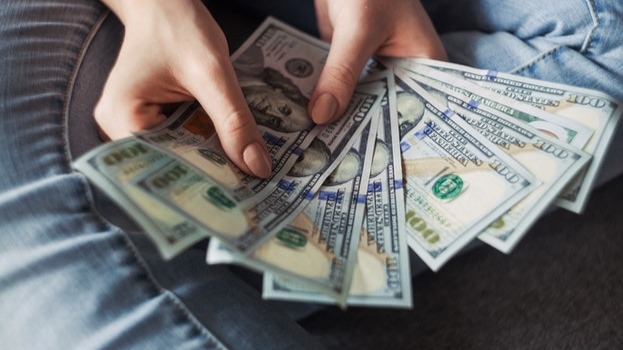 Everything You Need to Know About Algorithmic Stablecoins

The new rave in defi right now is the algorithmic stablecoin. These are protocols that use a mix of monetary policies rather than a secured asset to maintain a stable peg. They seem very hard to understand, but the only thing you need to understand is your wallet. We're talking about Basis Cash, Basis Dollar, Empty Set Dollar, and all of the forks that are sure to come after it.

We are very early in defi, and these stablecoin projects are doomed to fail. They will provide some great information about how to create a successful algorithmic stablecoin in the future, and that's about it. Right now, for the sake of your net worth, you must look at them like ponzis.

What all of these experiments fail to take into account is the natural behavior of whale investors. None of these systems has created a way to nullify the whales' propensity to ape into and out of projects based on projected short-term profitability. These whales also know each other and collude to pump the shit out of these projects then dump the shit out of them. Because everything, including defi algorithms, is based on adoption, there is nothing that any basis fucky buck can do to avoid its fate — pump, dump, death.

I've talked about these death spiral shitcoins before. Don't ask me how I know.

The people who create these algorithmic stablecoins are playing games, and so are the major investors in them. Don't get stuck thinking that you're investing in a new revolutionary tech just yet. It's just not technically possible. You can, however, piggyback on the whales to make some money off of these projects. There's only a few things to keep in mind:

0. Don't even TH!NK about apeing into any of these projects with less than $1000. If you do, fees will eat up your profits. You'll do all these calculations to determine the exact time you can pull out for that $50 you were hoping for, and I guarantee you the fucking dump will come just before that. If you can't fee up on Ethereum regardless of time of day or congestion, then just stay out. Because you know what happens right after big pumps? High fees. You know when you need to get out? Right after the big pump.

1. The algorithmic stablecoin fad is just that — a fad. Whales are going for the fad right now. They won't be in about a month. That's the timeline for whatever project you choose — one month. By February 2021, big money will have moved on. Don't get caught holding the bag.

1a. Do not get involved in any part of these projects that requires you to lock up funds. These basis dollar projects are offering these "bonds" that pay off some interest rate after a maturation period. I can guarantee you that no interest rate will overcome the loss of value in the asset you are holding at this point. It's the same as yield farming a shitcoin that's going to 0. Not even a six digit APY will get you your money back, much less a profit.

(Empty Set Dollar (ESD) is the worst. 15 epoch lock up period, and the coin is already in a death spiral, so you just have to watch your money's value slowly whittle away on the screen every time you open up your computer to do defi. It's a slow, tortuous visual that will sap your energy. Do not, repeat, do NOT go into this project for any reason. Also, the other basis dollar projects have vaults for ESD with 4-digit APYs to fool you into keeping ESD. Don't. These developers know each other. You holding ESD makes their projects look more sustainable, so they make more money and gain reputation points while your wallet slowly loses.)

2. Whatever project you choose, get in on it early. You should get involved in the communities to see when the new shit is coming out. Get in on the first hour of the first day for the best chance. You may have to suffer an initial dump at first, so if you can time the first swing bottom, right after the first set of whales jumps in and out, you'll be even better off. (They have expensive bots trading for them. Don't try to compete with them or ride that initial wave.) Go look at any of the Coingecko charts for Basis Dollar and Basis Cash to see what I mean. They all have the exact same chart.

3. These projects have two pump cycles MAX. If you get a huge pump that 50Xs your money, that's the only pump you're going to get. Get out. Get out, get out, get OUT. Base Protocol is the ultimate example here. All of the defi shills were proclaiming the success of this project because it 100Xd from the VERY bottom to the VERY top of the second pump. But if you didn't time your entry perfectly, you lost tons of money. And don't even think about getting in it now. It's a zombie project that's laughably off its peg and won't make you shit.

Whatever money you make, set aside and put into a safer asset. The algorithmic stablecoin is certainly a welcome idea, but this generation is nothing more than a pump and dump. If I'm wrong, prove it. Answer me one question: How will your shitistics and crapulus overcome the pump and dump behavior of whales? How can you incentivize complete degenerates to stay in a project that does not pay off immediately? There's no answer to this.