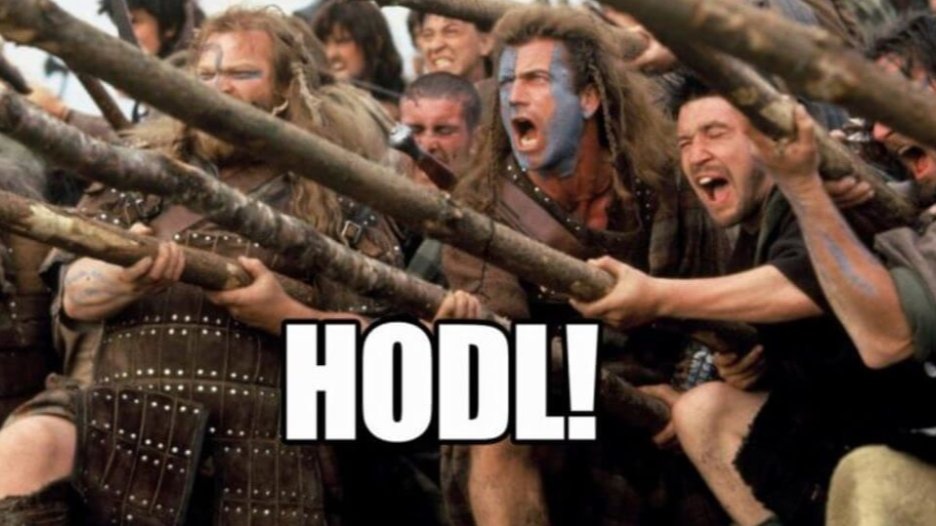 The Power of HODL

When today I think over my little EOS DeFiBox experience, I see what I should have been done but I didn't.

1st, I was lucky enough to learn about Defibox app early, quite long before it was launched officially. Well, "lucky" is a wrong word here, because I learned about Defibox exactly because I visit Newdex DEX quite regularly and read the announcements they post. That's why I was one of the first to leap into the game.

2nd, had I been clever (or stupid, or enthusiastic, put it as you like) enough, I'd pulled all EOS I could get and poured it into EOS/USDT pool at the very first day.

3rd, had I been clever (or whatever, as you wish) enough, I'd keep new BOX shitcoins untouched in my wallet.

Such a strategy would have had relatively low risks and quite high possible returns. Really, what I could get in the worst case? Some impermanent loss at EOS/USDT pool? A scam exit of Defibox.io together with all my money? On the other hand, the possible return was a 800% pump in BOX token in less than a week...

My Defibox affair reminds me one more interesting thing.

Long long time ago there was V-Dimension, a shitcoin with great expectations

I don't remember where I got my Vollar pennies from, probably from a faucet -- shortly, in June 2019 I owned 1 Vollar, only because Hotbit then offered something like four-digits APY at it (yup, like 1000% for staking Vollar at Hotbit). However, gradually that four-digit became something like miserable 30% -- and I sold my 1 Vollar and bought ~1.4 PCX

At that time I had no idea even what PCX stands for -- the only reason was four-digits APY offered by Hotbit.

You already know about Polkadot? PCX is one of the first Polkadot-based shitcoins.

It bumped 6 times in less than a year. And considering that I got my 1.5 PCX almost for free -- I can't even calculate how much APY I've got with it.

By the way, today people start talking of Polkadot as the next hype after DeFi. I learned about Polkadot about a year ago, from one very smart Publish0x guy (who seems finished his activity here). Of course, I'm too stupid to understand all the technology behind Polkadot, but I liked the idea of cross-blockchain swaps. I went to see what it looked like. I even got a Polkadot wallet and staked some test dots at the test net (I wander what happened with them now, but I lost the keys long ago).

During my Polkadot researches I came across some shit called Kusama. I had no idea what is Kusama, why is Kusama, and where is Kusama. But the devs were kind enough to make a public used Kusama faucet. It was not an ad-driven faucet, but a "developers" one, and jerking it required some tricky handjob at Reddit and I don't remember where else. But at the end of the day I've got 0.1 KSM out of it. Unfortunately, I was too lazy to jerk the faucet regularly, and 0.1 KSM is all what I have today. Look what happened in about a year:

"Why are you telling us all that?", you might ask.

Well, it's possible to make millions tossing heavily leveraged BTC futures. But hodling shitcoins seems more profitable and less risky. The shitcoins simply have very low downside risk (even none, if you manage to get enough for free) -- and rather high possible returns. In other words, possible profit is much greater that possible risks. The only problem is how to find those possibly profitable shitcoins. Mr. Milken's junk trade accompanied by Mr. Keynes's boring job of investing along with Mr. Buffet's hodling principles.